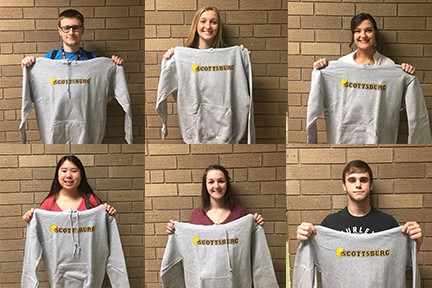 Congratulations to the following students who impressed their teachers in the month of November. 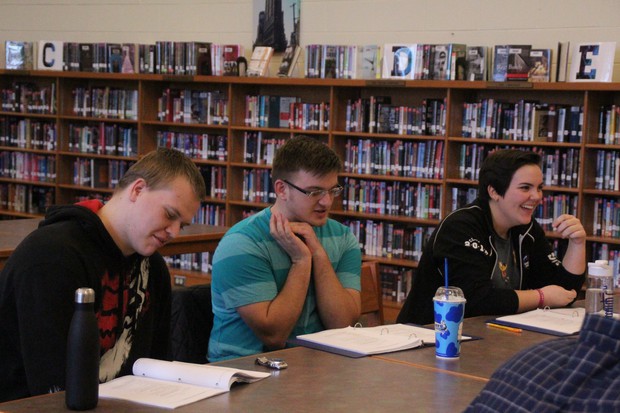 The Canterbury Tales Coming to SHS

The Scottsburg High School Drama Club will be performing The Canterbury Tales, adapted by Lindsay Price, at the end of April. In this adapted version for the stage, The Canterbury Tales tells how a group of pilgrims travel from London to Canterbury to visit the shrine of Saint Thomas Becket. Along the way, the pilgrims have a story-telling contest to see who has the best tale to win a free meal when they return from Canterbury. The original literary classic was written by Geoffrey Chaucer during the Middle Ages. The cast of The Canterbury Tales is as follows:

Miah Northcutt as The Hostess, Amber Hall as Beatrice

Edwin Callahan as The Miller, Anne Northcutt as Isabella

Jena Livesay as The Prioress, Davide Pellegriti as Nicholas and Wizard

Katelynn Langley as The Cook, Kodi Righthouse as Allison and Queen

Tanner Visetchaisri as The Franklin, Kelsi Holbrook as Juliana

Brooklynn Barnett as Hannah and Maude, Corey Lagle as The Reeve

Emily Butler as Pertelote and Dorigen, Alexis Lyons as Fox, Eve, and Eveline

Dustin Calhoun as Chanticleer and Knight, Parker Barrett as The Pardoner

Antonia Turner as Agnes, Hilde, and Joanne, Antonio Valk as John and Arviragus 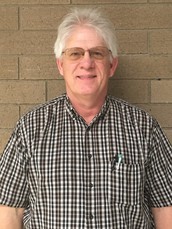 David Trotter has been involved in the field of agriculture his entire life. He grew up on a livestock farm in Knox County Indiana. Upon graduating from Purdue University with a BS in Animal Science he began a 33 year career with the Purdue Extension Service. During that time he worked as an Extension Educator in Marshall, Dearborn Clark Counties. Following retirement from the Extension Service he worked as a watershed technician on the Silver Creek Watershed Improvement Project through a grant from the U.S. Environmental Protection Agency and as the Executive Secretary of the American Oxford Sheep Association.

During his Extension Service career he earned a MS degree in Extension Education with an emphasis in forage production and utilization. Also during his career he served as President of the Indiana Sheep Association and the Indiana Forage Council. He was also appointed to the American Lamb Board by the Board’s Vice Chairman. He also worked in the country of Macedonia with Mountain Villagers on a sheep re-population project through Volunteers in Overseas Cooperative Assistance.

Trotter and his wife Debbie reside in Clark County on a sheep and hay farm. They have 2 daughters, Anna and Sarah, both whom are Purdue University Graduates. 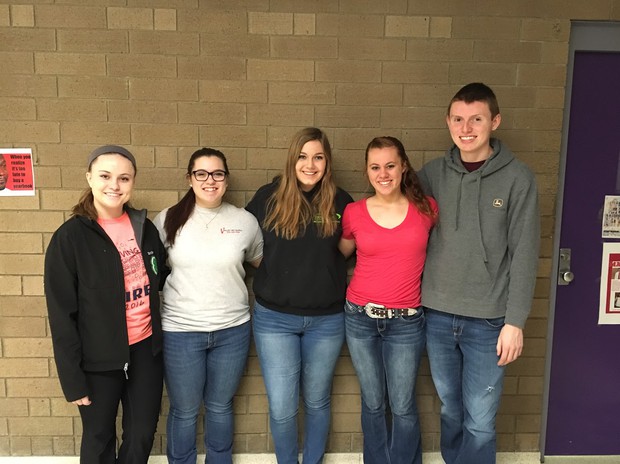 Proficiencies are detailed outlines of the members’ SAEs, or Supervised Agricultural Experiences. Their SAEs are very large aspects of their involvement with FFA, and show how they are involved in the agriculture industry outside of school. Proficiencies can be divided into two categories: Placement for those with jobs, and Entrepreneurship for those who own their SAE programs. At the Grading Competition, judges from all over the district come to judge and grade how successful and impactful their SAEs have proven to be.

At this year’s Proficiency Grading, the Scottsburg FFA did absolutely fantastic! Each member placed in the top two in their categories, and six will be moving onto the State Grading in March! The placings are as follows:

The Scottsburg FFA would like to applaud these seven members for their hard work and dedication to not only the FFA program, but to their SAE programs at home too! State Proficiency Grading will begin it’s first round on March 15, so make sure to wish these FFA members the best of luck!

On Saturday, February 4th, several Band of Warriors members entered in 28 events and performed at the Indiana State School Music Association (ISSMA) District Solo and Ensemble Festival held at Floyd Central High School. For those unfamiliar with Solo and Ensemble Festival, students can choose to participate in a solo event, and/or an ensemble event of at least 3 members. Students prepare, on their own and with Band Directors or Private Lesson teachers, a piece of music to perform in front of a judge. Each event is judged on difficulty depending on the Group Level the soloist or ensemble enters in. There are 5 levels of playing: Groups I, II, III, IV, & V, with I being the most challenging, often considered a collegiate level of playing. Students perform for the judge and receive a rating and a medallion based on how they performed: Gold, Silver, Bronze, or a Participation ribbon.

Scottsburg High School is proud to announce that of the 28 events band students entered in, 18 came away with a Gold rating, and the remaining 10 came away with a Silver rating. Students that entered in the Group I category can qualify to move on to the State Solo and Ensemble Festival by receiving a Gold rating. Of the 18 Gold rated events, 13 qualified for state! Congratulations to Megan Thomas (who had 2 solos), Sarah Petty, Hannah Dickerson, Miranda Baker, Trevor Cox, Joshua Riley, Miah Northcutt, Zachary Bush, Brandon Bush, and Isaak Mount on advancing to state with their solos! We also had two ensemble trios that advanced to state as well: a flute trio consisting of Megan Thomas, Sarah Petty, and Hannah Dickerson, as well as a trombone trio consisting of Parker Barrett, Kaden Cox, and Kinley Harmon. All students will be participating at the ISSMA State Solo and Ensemble Festival next Saturday, February 25th at North Central High School in Indianapolis, IN. Congratulations to all of our students once again!

Part 1 of the ISTEP+ will begin on Feb 27th for all sophomores and anyone taking Biology. Please see the attached schedule for the Part 1 testing dates in their entirety.