The Ackerman Center's observation of Yom HaShoah, or Holocaust Remembrance Day, has become a hallmark event that has grown every year in size and scope. This year, however, plans that had been put into motion before the pandemic had to be reevaluated and adjusted.

Dr. Nils Roemer, the director of the Ackerman Center and interim dean of the School of Arts and Humanities, never considered canceling the event, but he decided rather to search for a way to convert the event into a digital format.

While the new world of social distancing spurred changes across the world and the University, the need to transition to a virtual event presented the opportunity to transform a local event into a global one. International participants and attendees from places such as Israel, Brazil, Mexico, and Kuwait were able to take part in the event, as well as many others from across the United States.

For nearly four hours, participants read selections of poetry and excerpts of prose in over a dozen languages, including German, Hungarian, Arabic, Hindi, and American Sign Language. Other highlights included survivor testimony and a reading of an excerpt from the opening statement made by chief prosecutor Benjamin Ferencz at the Einsatzgruppen Trials in 1947. 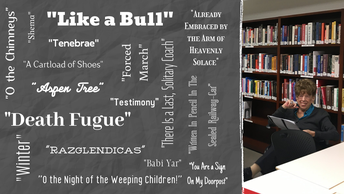 The Ackerman Center faculty has created a collection of important Holocaust poems, which in past years has been printed and distributed at the event as a booklet. This year, it was made available digitally. Click here or on the image to see the 18 poems that they selected.

The Ackerman Center has held multiple workshops with faculty, staff, students, and members of the community to translate several of these poems into a wide array of languages, and we are in the process of compiling these translations. We have already produced a collection of translations of Holocaust poems into Arabic, which can be viewed by clicking here. 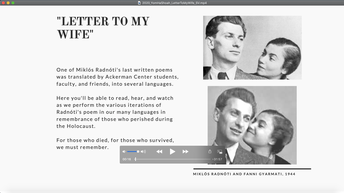 This year’s major translation project was the poem “Letter to My Wife” by Hungarian poet, Miklós Radnóti. Attendees of the event were invited to watch a video compilation of the resulting translations during the intermission.
Click here or on the image to watch this video.

Launch of a New Webpage 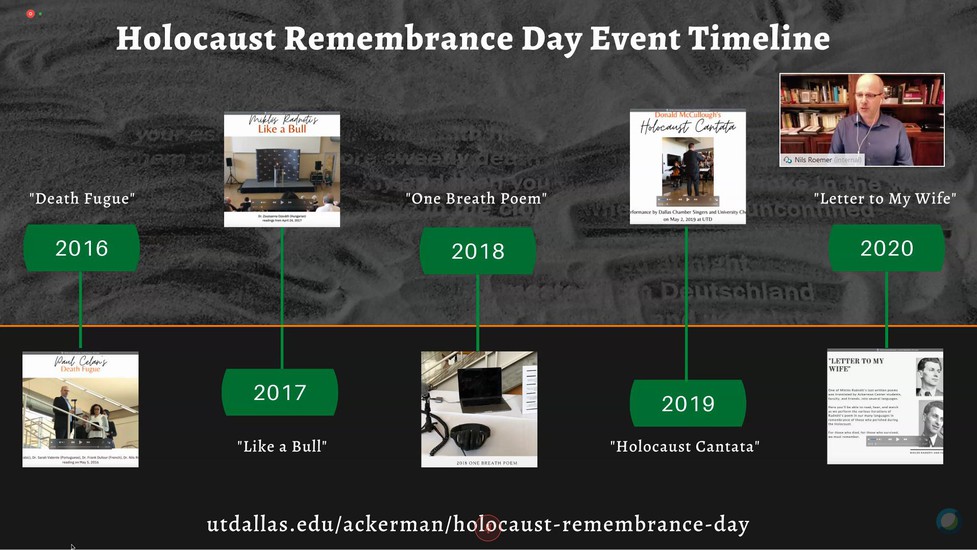 Dr. Nils Roemer shared the history of the event, recounting some of the major translation
and performance projects that we have featured over the years.

Dr. Roemer unveiled a new webpage that was created in order to make content related to Holocaust Remembrance Day more easily accessible now and in the future. In addition to being the new home of the translations that have resulted from our ongoing translation workshops, video compilations of some of the highlights from past events have been added. We will continue to create and add content, but some of the current content can be accessed below. 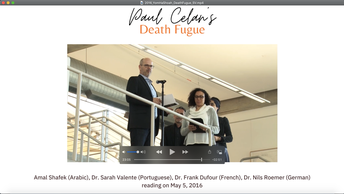 The first of our translation workshops produced translations of this iconic Paul Celan poem in multiple languages. Several of those translations were read during our inaugural Holocaust Remembrance Day event in 2016. Click here or on the image to watch this video. 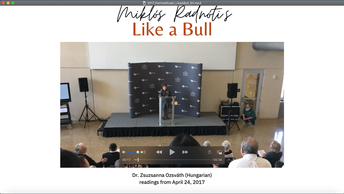 Dr. Zsuzsanna Ozsváth and Prof. Fred Turner kicked off this year's event by reading Miklós Radnóti's prophetic poem in Hungarian and English, respectively. The poem was also the focus of our translation workshops in 2017, and you can see the video of it being read by clicking here or on the image. 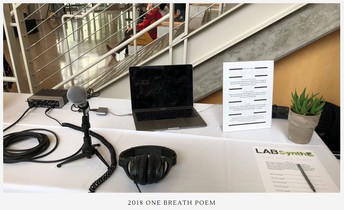 In 2018, UT Dallas's LabSynthE created the interactive exhibit, "One Breath Poem" that attendees could participate with during the event. Click here or on the image to see this and other collaborative projects. 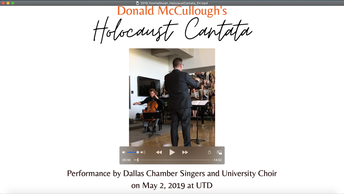 In 2019, Dr. Jonathan Palant conducted this special musical performance featuring the UTD Choir, which was accompanied by cello and piano and readings by Dr. Ozsváth and Prof. Turner. Click here or on the image to see excerpts of the performance. 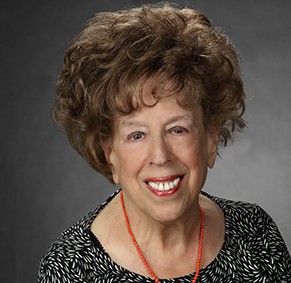 When the Danuabe Ran Red

The year 2020 marks the 75th anniversary of the end of World War II. Click here or on the image to listen to Dr. Zsuzsanna Ozsváth, the Leah and Paul Lewis Chair in Holocaust Studies, read about the moment that Budapest was liberated from her memoir, When the Danube Ran Red.