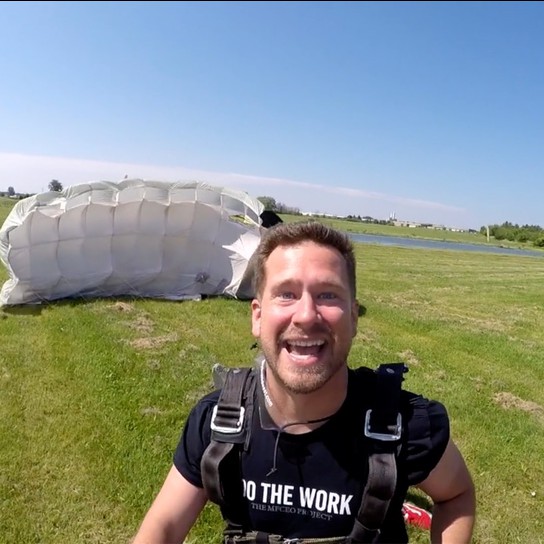 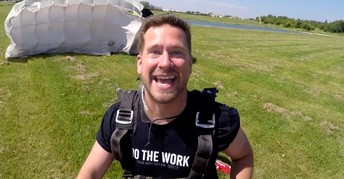 From the desk of: Principal Hoese

The start of the school year is nearly upon us! Enjoy these last few summer days with your children, but know that their school family is excited to see them next Wednesday!!

As we gear up and get ready for the start of the school year, I wanted to dive into my first educational core value that serves as the foundation of my educational philosophy. A quick recap of all three of those values is as follows:

RELATIONSHIPS MATTER: Ensuring that students have positive relationships with their teachers and the school community have important, positive and long-lasting implications for students’ academic and social/emotional learning. Positive teacher, student, and community relationships draw students into the process of learning and promote their desire to learn where every child will exceed their potential to be successful. We should never underestimate the value of positive relationships in the school community.

Fulton Cub Scouts are looking for a Cub Master and Assistant. Must be 22. This would be a great opportunity to take on a rewarding endeavor and a leadership role in the community, helping to mold youth in a positive way. No scouting background is needed. All training will be provided. Anyone interested please contact Lisa Outzen at 563-212-9398.

As a reminder, 7th Avenue between 13th Street & 14th Street is a ONE WAY (except for school buses). This helps with the flow of traffic and allows school buses the necessary room for navigating the city roads. Please enter the parent pick-up & drop-off line on 7th Avenue by entering from 15th Street. 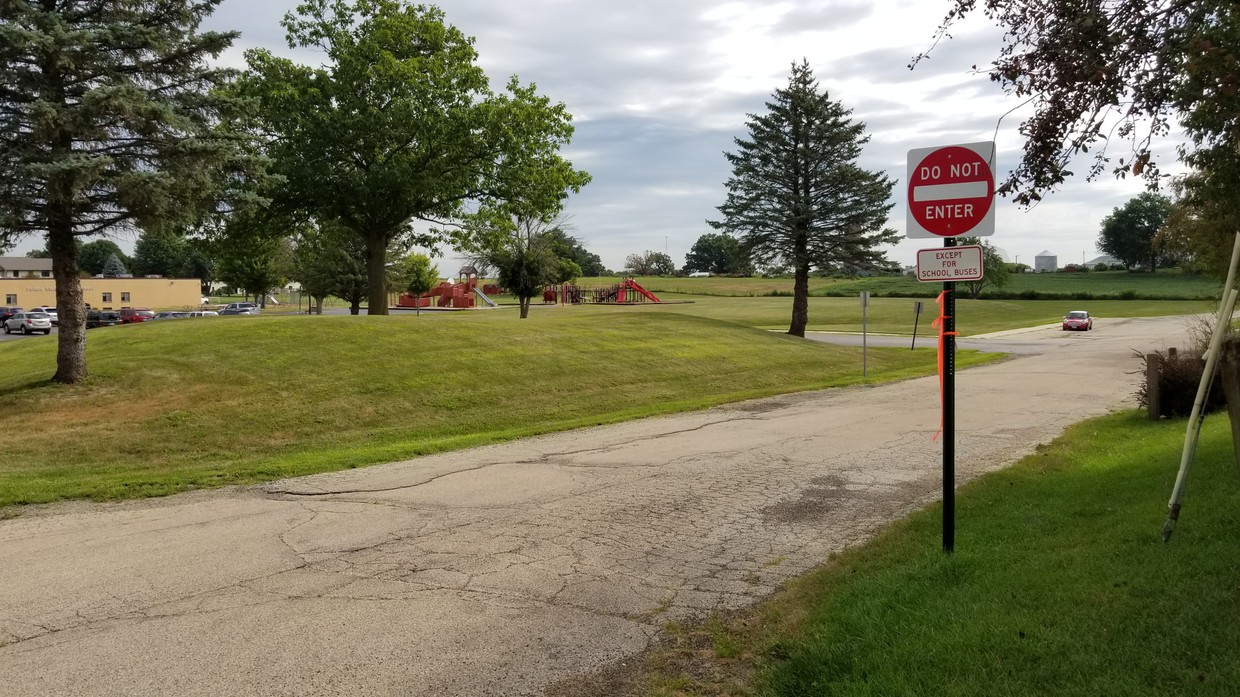 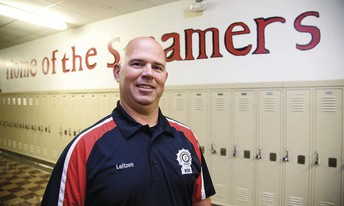 SRO Leitzen's Tip of the Week!

Talk with your child(ren) to ensure they know when and where to be picked up! A little communication goes a long way!

FULTON, Illinois - A social media trend is helping a local teacher cross items off of her wish list during this back to school season. Nicole Van Zuiden, a first-grade teacher at Fulton Elementary School, is one of many area teachers being impacted by #ClearTheList - a movement that encourages online shoppers to help teachers purchase the school supplies they need to stock up on.

The entire process is very similar to a wedding registry. Some educators use Amazon.com to create a "wish list" of items they hope to have in their classroom. Those items include books, pencils, crayons, hand-sanitizer, and some other unique things.

Then, online shoppers can gift items directly to the teachers once the wishlist is made public.

As Van Zuiden gears up for an August 21 back-to-school date, donors are stepping up and purchasing the things she wants and needs to have in her classroom.

She said that by August 14, she had already received more than $250 worth of gifts and was still anticipating more to arrive. "There's an overwhelming joy to know that people care about our students, care about our teachers, and that people that I don’t even know, are willing to donate items for us," said Van Zuiden. She said when students are able to learn in environments full of these supplies their "faces light up."

The River Bend School District does give teachers a small budget to help cover the costs of basic supplies, but typically, extra supplies are bought with money out of the teachers pocket.

According to a study by the National Center of Education Statistics, public school teachers spend an average of $480 per year on classroom supplies. For Van Zuiden, who has two children of her own, buying extra supplies can be hard on her bank account. Now, with the help of #ClearTheList, these gifts will be put to use in a classroom full of first-graders who will enjoy them in the year ahead. 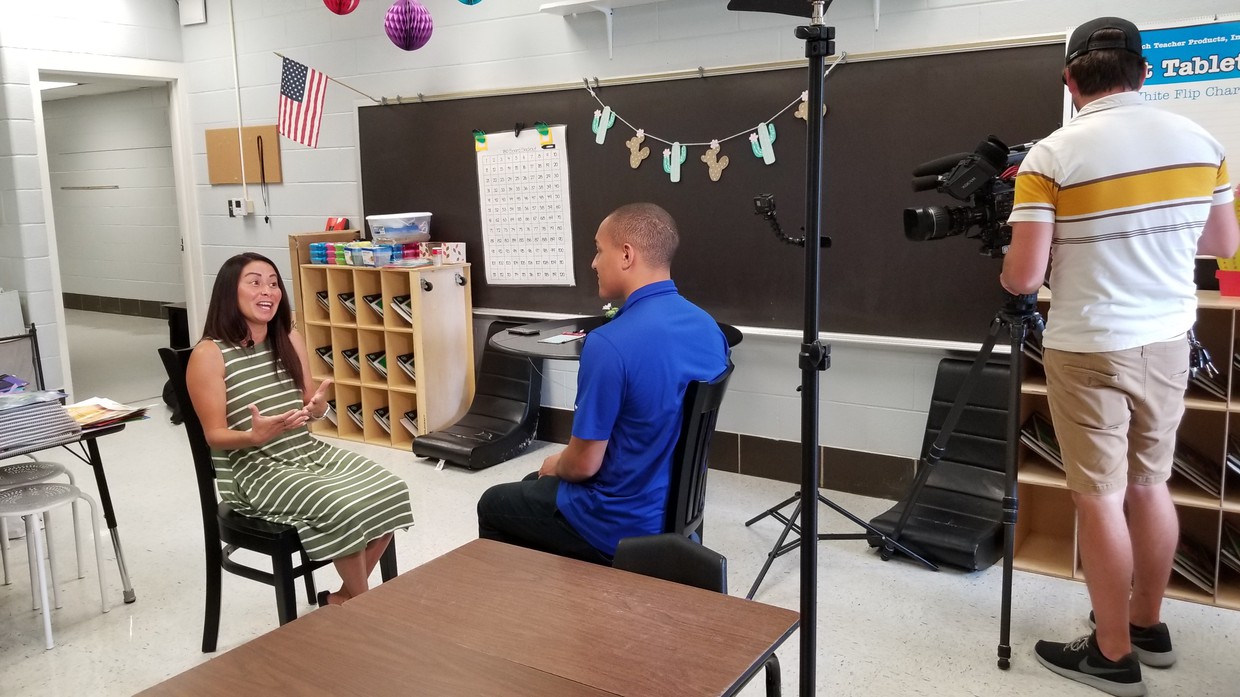 FULTON, Ill. – Fulton Elementary School’s new principal is excited for the school year to begin this month. Though construction on a new office addition is nearing completion, and the project will make the building more secure, Principal Jeff Hoese’s excitement has little to do with brick and mortar. His mind is filled with ways to help students succeed.

Hoese grew up in Fulton, attended Fulton schools, found his first teaching job in Fulton and served as Fulton High School business and tech teacher until this year. “I’m as homegrown as it gets,” Hoese said Tuesday.

“When I got into teaching, administration was not my goal,” Hoese said. But as part of Mississippi Bend Area Education Agency – its president for a couple of years – “I got to see behind the curtain,” Hoese said. Hoese received favorable feedback from colleagues about his management style, and former Fulton High School Principal Chris Tennyson encouraged Hoese to apply for the position of elementary school principal. “He’s been a great mentor for me,” Hoese said.

Hoese had become comfortable working with the board of education and the school superintendent, and decided he was comfortable making the move to administration.

“In my classroom I was able to affect 20 students at a time,” Hoese said. As principle, he can affect closer to 400. He can create “bigger ripples.”

In Hoese’s style of management “nothing’s off the table,” he said. “[I] will listen to crazy ideas.” He’s done it before. As student council adviser at the high school, Hoese helped students turn a haunted school idea into a reality that became a school tradition, he said. He wants to provide students in lower grades the same opportunities for creativity. “Kids can be what they can see,” Hoese said.

“I look at our students, and I have a vision.” In today’s children Hoese sees the first person to walk on Mars or the person who will cure cancer. He wants to show students that they can do more than they think they can do. Reading and math are important, Hoese said, but so is creativity.

Hoese has three main education values, he said. The first: Relationships matter.“We deal with people,” Hoese said. Students, families, teachers and staff have to have positive relationships in order for students to be engaged, he said, and “engaged students show more growth in their learning.”

Student-centered actions and decision making are the second part of Hoese’s educational plan. Schools have to make learning fit the students, he said. Whether he’s asking about a new addition to the school which will make the building safer for students or whether teachers are creating curriculum that will help them learn, Hoese asks, “What’s best for kids?”

His third educational value is continuous improvement. “Everything is under evaluation,” Hoese said. He doesn’t like to hear “this is the way we’ve always done it.” Education must be lean, efficient and what is best for the students and for staff. “I want them to continuously improve,” Hoese said. Technology and family dynamics have changed, Hoese said, and schools have to change their methods to keep up.

Fulton schools are part of Illinois’ competency-based pilot program, and Hoese intends to take things slowly and “do it correctly,” he said. “Change is coming. That change is going to be uncomfortable.” Getting out of their comfort zones is the way people grow, Hoese said. “I want to put them in those uncomfortable situations. … I want them to take chances. I want them to take risks."

“Some may need a little more hand holding,” Hoese said, but all students can achieve. That achievement starts with a strong foundation at the elementary school level, Hoese said, and making sure students know they are cared for and loved.” If schools give students the relationships they need and the creative outlet they need, “test scores will take care of themselves.” 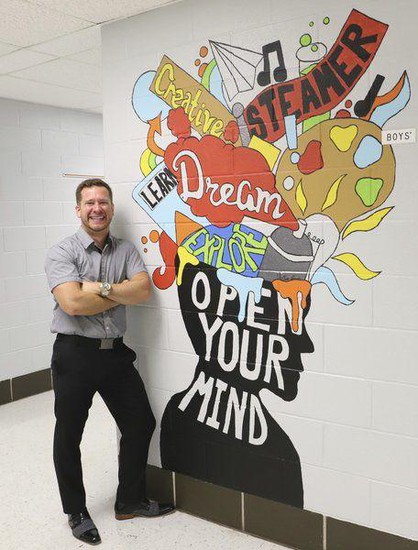 Parents Encouraged to Include Emergency Preparedness in Back-to-School Plans

SPRINGFIELD – Students from kindergarten through college soon will head back to school. As families prepare for the new academic year, the Illinois Emergency Management Agency (IEMA) and local emergency management agencies are encouraging parents to include emergency preparedness in their back-to-school plans.

“Emergencies can occur any time of the day or night, including when children are in school,” said Acting IEMA Director Alicia Tate-Nadeau. “The start of a new school year is the perfect time to make sure you know your school’s plans for keeping students safe during an emergency and then talking to your child about those plans.”

Here are some tips for parents to consider:

The PTO will be providing an Ice Cream Social for all families during this Back-to-School event!
Get Directions

The PTO will be providing an Ice Cream Social for all families during this Back-to-School event!
Get Directions

The FIRST day of the BEST year of school EVER!!!
Get Directions

Picture forms will be distributed during Kindergarten Orientation or Grades 1-5 Meet & Greet.
Get Directions 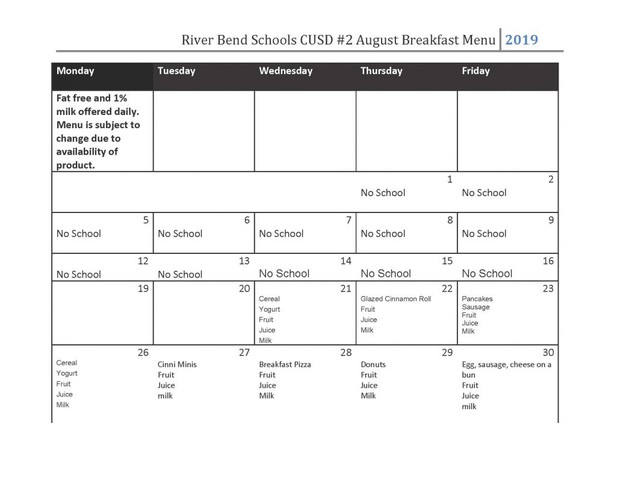 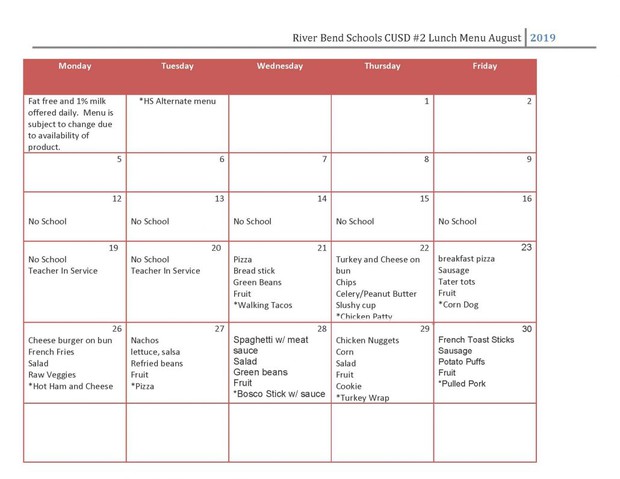 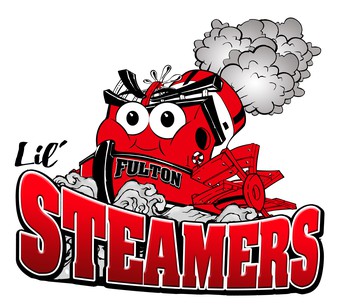