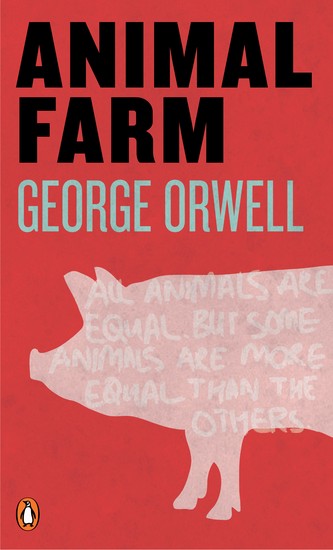 The animals of the manor farm are tired of their owner beating and starving them. Ever since their old friend major told them of his dreams of freedom that is all they can think about. When Mr. Jones comes back after a night of drinking and forgets to feed them the animals take action into their own hands kicking Mr. Jones, his wife , and the farm hands off the farm claiming it as their own. After the revolt the animals establish three pigs as their "leaders", napoleon, snowball, and squealer. For a few years the animals live in peace but one day napoleon sends dogs that he was teaching after snowball and claims the role of sole leader.

Under the rule of napoleon the animals believe they are better off but they couldn't be any more wrong. Napoleon makes the other animals work long hours everyday except Sunday and lessen their rations. The pigs on the other hand, do little to no hard work with increased rations. This life continues until there are few animals who were around to hear major or even remember the revolution.

This is an incredible book that shows a true look at communism. The author uses symbolism to portray events that occurred throughout his lifetime. I recommend this book to anyone who likes a fantasy look at political satire and a humorous look at communist Russia.

The seven commandments of Animal Farm

These were the rules set by the animals after they revolted. These were to be followed by all animals. But even these rules can be bent. 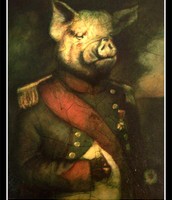 This is the tyrannical leader of animal farm. He makes the animals lives horrible while increasing the pleasure of the pigs.
Animal Farm (1954 - Cartoon) George Orwell
George Orwell: A Life in Pictures Full Documentary 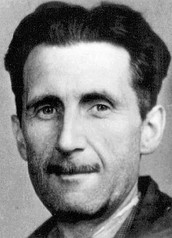