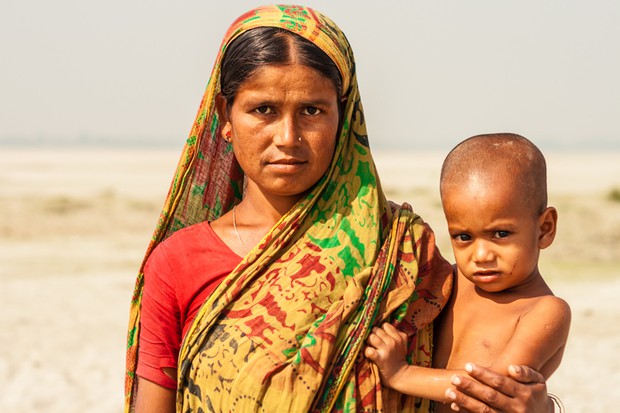 We seldom hear good news about the health of those who live in “third world” countries, such as Bangladesh. It is therefore a special pleasure to read about great progress that has been made in the health of Bangladeshi children.

In 1990 the under-five death rate in Bangladesh was 54% higher than the world average. Now it is 16% lower.

In 1993/94 14% of Bangladeshi babies aged between 6 and 11 months had suffered an attack of diarrhea in the previous two weeks, according to parents who were responding to a household survey. That is an important stage in a child’s development, but also a period of great vulnerability to stomach bugs, as babies are weaned. By 2014 this proportion had dropped below 7%. Stunting – being extremely short for one’s age – had declined in parallel.

Although Bangladesh is one of Asia’s poorest countries, with just half the Gross Domestic Product per person of India, it now has a child mortality rate lower than India, and indeed lower than the world average. Much of this improvement is attributed to the proliferation of outhouses, which reduces infection from defecation outdoors. (These statistics are all from the March 24, 2018 issue of The Economist.)

We can rejoice in this amazing progress, which – given that Bangladesh has a population over four times that of Canada - has saved the lives of millions of children.

The January 3, 2018 issue of Money & Mission summarized common findings of recent internal audits. One of the findings was that food safety requirements are not always followed, particularly those related to the Army's 225 food banks or pantries in community and family services and social services settings across Canada and Bermuda. These ministry units play a key role in serving the 860,000 persons who use a food bank each month.

Food safety is monitored by both internal and external processes and systems which include both Internal Audit and the Accreditation review process coordinated by the Territorial Social Services department in partnership with each Division. In some jurisdictions, the local health inspector will make regular visits to ensure we are meeting their standards.

Here are some things we’ll be looking for if we visit your ministry unit.

We also want to ensure that those who come seeking assistance from The Salvation Army receive it with respect and dignity and in a manner that is warm and welcoming. There isn’t a check box for that but it will be obvious to anyone who must use the service when it doesn’t occur. Each encounter with a guest is an opportunity to build relationships as well as provide material support.

If you’ve not been to a Salvation Army food bank, go and visit, drop off a donation or provide your time and talents as a volunteer.

Fundraising Costs: How are we doing?

Assessing a charity’s fundraising costs is a common approach to assessing the efficiency of its fundraising program.

In addition, there are some costs of fundraising incurred at the ministry unit level that are not captured as fundraising expenses in the consolidated financial statements.

Our knowledge of the underlying activities suggests that refining the numbers for these results should not change the results significantly, but we recognize that further work must be done in the days ahead if we are to achieve a totally accurate picture at the consolidated level.

Total Public Relations and Development costs (both THQ and DHQ) in the year ended March 31, 2017 were shown in the consolidated financial statements as $22.7 million, or 12.1% of the total public donations of $187.5 million reported, compared with an average of 11.9% over the past five years. 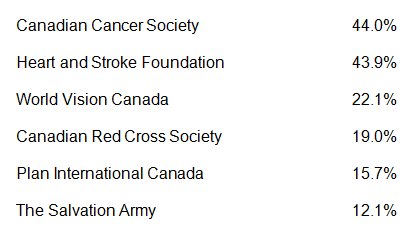 Based on these numbers, the finance department’s conclusion is that even if the two issues outlined above were to be addressed, the Army’s numbers would still be at an acceptable level; although it is difficult to say with any precision how they would compare to other organizations, our best guess is that they would still be in the 15% - 20% range, which is common to most of the organizations that do not use gaming activities to raise funds.

Did You Know? Rights or Responsibilities ..

“It is fashionable today to talk of a revolt against authority and to proclaim that everyone should ‘do his own thing.’ This, then, I have to admit, is a most unfashionable book. It does not talk about rights. It stresses responsibility. Its focus is not on doing one’s own thing but on performance.”

This is the first paragraph of the Preface to Management: Tasks, Responsibilities, Practices by Peter F. Drucker.