Keira is using Smore newsletters to spread the word online.

Get email updates from Keira:

Celebrating Hispanic Heritage Across the District

New Brunswick Public Schools celebrated Hispanic Heritage Month during November. During the month, schools recognized the contributions and vital presence of both Hispanic and Latino Americans. Students learned about cultural history and examined the way different Hispanic cultures are viewed and help shape American identity and history. Celebrations at New Brunswick Public Schools culminated in assemblies that included skits, songs, and dances that acknowledged the contributions made by Hispanics in the United States. 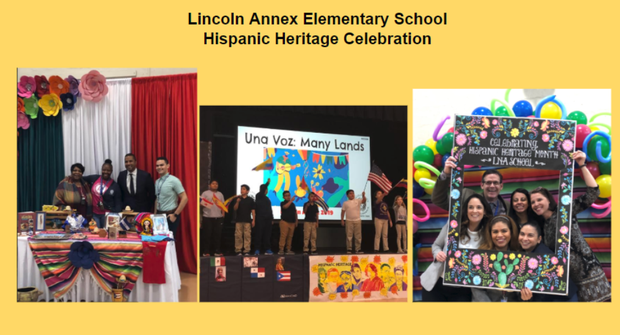 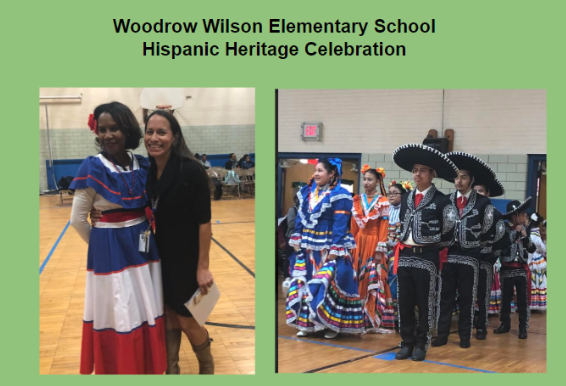 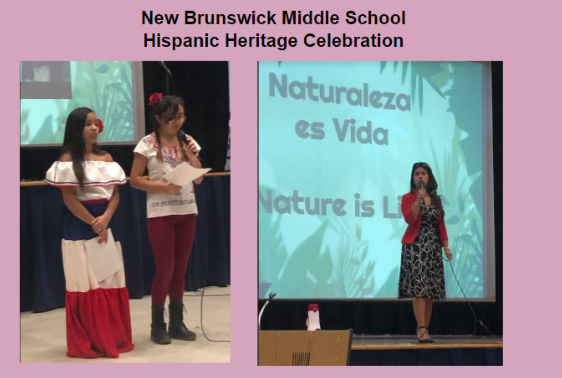 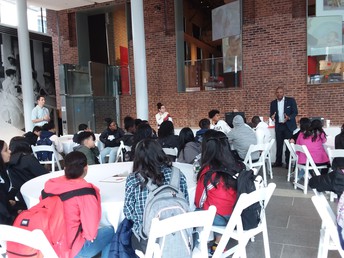 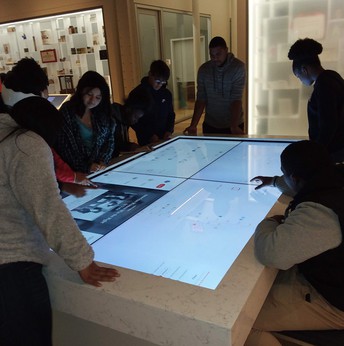 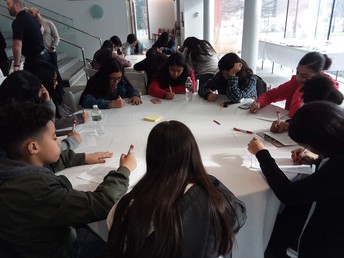 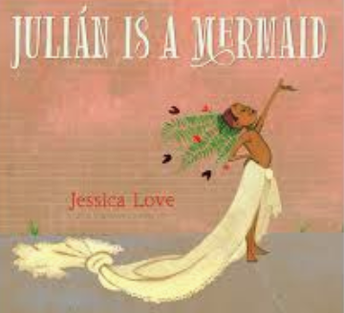 Who Are We? What Makes Me ME?

The month of November brought many ways to be thankful for my 2nd grade class. At this age, students are typically focused on being thankful for what they HAVE, and not necessarily for WHO they are. Because of this, the 2nd graders here at Livingston Elementary decided to focus on our IDENTITIES; who we are and what makes us unique and original. As expected, students began by discussing their external characteristics, “I wear glasses, I have brown hair, I am short,” but they weren’t stopping to think about themselves internally. They really hadn’t considered the question, “What makes you YOU?”

To jumpstart our discussion and dig deeper into our internal characteristics, we read the story Julian is a Mermaid, by Jessica Love. This text tells the tale of a young boy named Julian, who sees women on the subway dressed as mermaids, and yearns to be one himself. With the love encouragement from his Grandmother, he is able to realize his dream. Obviously, this book led to MANY comments such as, “Is that kid a boy or a girl?” “Boys can’t be mermaids!” “He looks silly dressed like that!” and the most common one, “He LOOKS like a girl!” Our discussion took off from there, starting with “Why did you think that, why can’t he wear that, are there different rules for boys and girls and what are they?” And finally ending with “Why do people say you cry like a girl?” It was interesting to see that stereotyping begins at such an early age and our views of what makes a girl a girl and a boy a boy seem to be cultivated from society’s norms early on.

I included a personal experience in our discussion about adopting my son from South Korea and my experience of seeing pictures of his infancy before he came to us. South Korean culture seems to be the opposite of western culture, in that boys are clothed in pink, and girls are clothed in blue! Just as boys in America were dressed in previous centuries, Korean boys are dressed in lace, dresses, satin and ostentatious hats. It caused us to consider, why are those items and materials exclusively for girls? We also discussed and observed how in the country of Scotland, men may wear “kilts.”

Our discussion turned to how we feel about ourselves on the inside (our likes, dislikes, hobbies, passions, feelings, personalities) and how they shape us to be who we are rather than what we are expected to be. Students shared their own experiences of being a boy and having an older sister who painted her nails and wanting to get their fingernails painted, or the time they played dress up with their cousins, and even times when they were a baby and people thought they were a boy rather than a girl, or vice versa. Little by little, students began to discuss how their interests and expectations of themselves was who they were and not necessarily what other people expect or try to dictate who we are.

We closed with an activity where the students drew self-portraits of how they saw themselves on the outside. They were encouraged to be as detailed as possible, even given mirrors to study their images. Then we moved to the deeper parts, what we like and love, what we don’t, which floated around our portraits like an essence of ourselves. From there, we introduced ourselves in writing using the information on our self-portraits. The students loved learning about each other’s intrinsic characteristics and found that we may be different, but we are all the same “human beings,” in that we are who we are and we should love ourselves and others for being individuals. 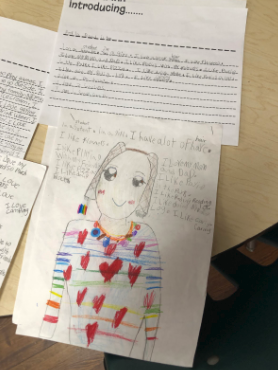 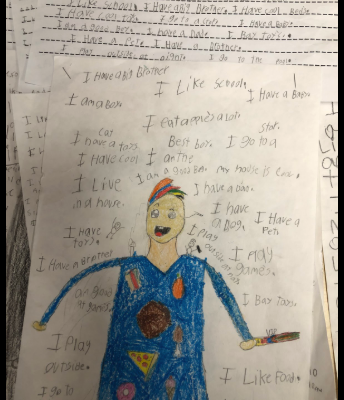 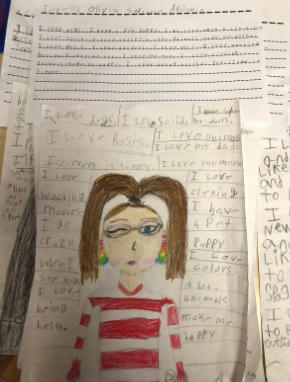 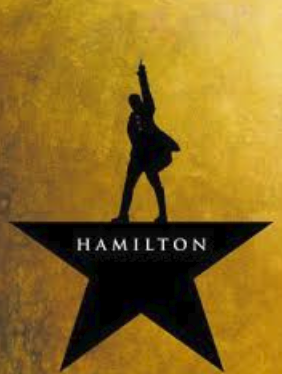 Eleventh grade students from New Brunswick High School were selected to attend a performance of the Broadway Show, Hamilton, on December 11, 2019, through the Hamilton Education Project.

Language arts teachers planned project-based learning experiences for students in advance of the show. Schools were asked to submit a sample of their best work to perform at the Hamilton Matinee. We are PROUD to share that our students were chosen to perform live along with representatives from 10 other high schools. Two talented New Brunswick students will perform their original piece as part of the showcase of student work.

This has been a great intellectual journey for the students and the trip to New York City will add even greater value. Teachers and students should be very proud of their work. 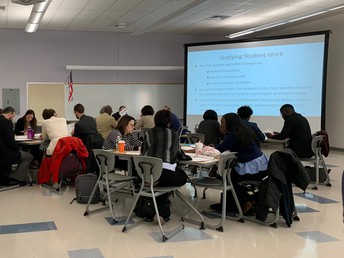 District administrators analyzed student work and explored instructional trends to gain a deeper understanding of how small tests of change can be used to implement effective teaching practices to create equitable instruction and increase student learning. 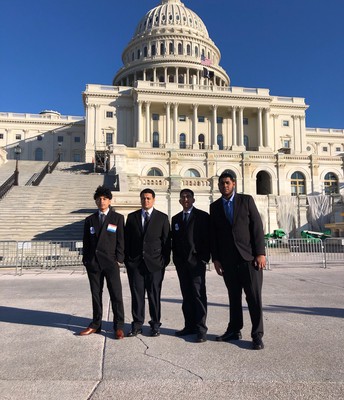 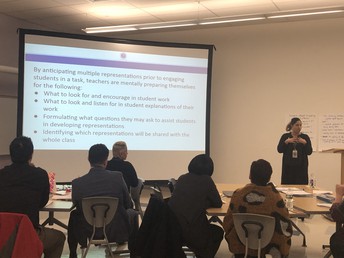 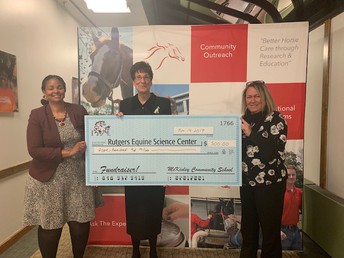 Last year, Ms. Gina Longo's 8th grade students were given a task for their SEL project to complete a Community Service Project aligned with our Environmental Science Theme. After extensive research, the class decided to adopt a retired racehorse from Rutgers Equine Center at Cook College. The class rallied the entire school and everyone became involved in raising money to adopt Jamie, race name Jamaican Me Crazy.

On Thursday, November 13, 2019, Ms. Longo and McKinley Principal, Ms. Rodriguez, presented the Equine Center with $500 for the adoption cost for Jamie. Students will be given the opportunity to visit Jamie at the Equine Center. This will be an annual Environmental School Community Service Project each year. 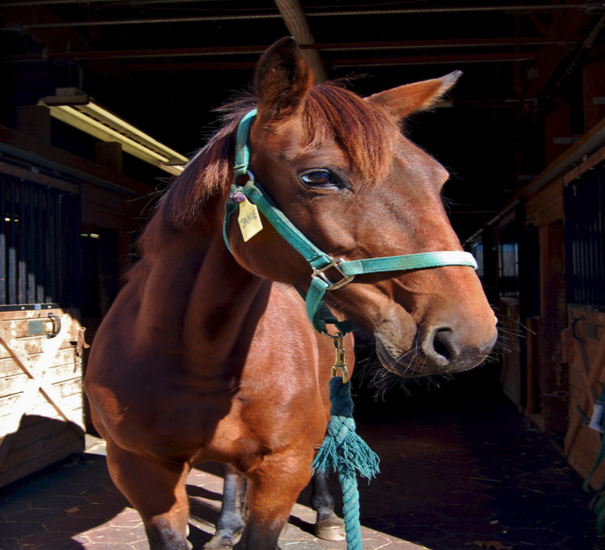 The 2nd Annual Holiday Give Back was an event open to all residents in New Brunswick on Saturday, November 16th. Residents were able to receive free clothing, health screenings, eye exams, hair cuts, manicures, refreshments, and opportunities to engage with and receive free services from community partners such as: Rutgers Against Hunger, Eric B. Chandler, KK Dental, Elijah's Promise, Saint Peter's, Live Well NB, Optical Academy, Horizon, and many others.

There was such a huge turnout with approximately 839 residents in attendance and over 100 free hair cuts were provided. Among the raffles were 15 children's bikes, gift cards, restaurant certificates, and name brand purses.

Memories from the New Brunswick Holiday Give Back... 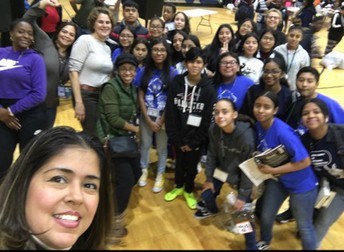 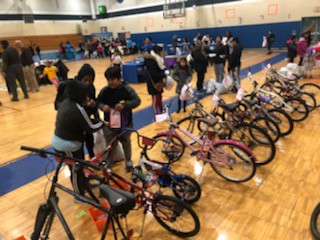 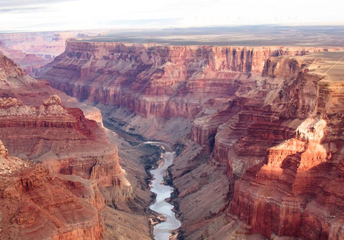 Teachers at Lincoln Annex, Roosevelt, and Lord Stirling participated in the Question Formulation Technique (QFT) to learn ways to support students in developing good questions. QFT begins with a question focus; for science we used natural phenomena and a crosscutting concept. Natural phenomena are observable events that can be explained using science. For example, the grand canyon or snow melting.

While QFT can be used in any content area and modified for any grade, it helps meet the vision of the NGSS/NJSLS-Science by engaging students in a science and engineering practice (asking questions) through the lens of a cross-cutting concept (cause and effect, patterns, etc.) to learn a disciplinary core idea (content such as life science, physical science, earth science). Once students develop questions based on the question focus, they improve and prioritize questions to develop their next steps. Students may plan and carry out an investigation, solve a problem through engineering, or evaluate evidence to work towards answering their own questions. Developing questions through QFT allows students multiple entry points, promotes participation, boosts higher-order thinking, and creates naturally student-driven lessons. What questions do you have about the phenomena below from the lens of patterns?

Julia Robinson Math Festival visits P-TECH - Thanks to Our Partners from Princeton University! 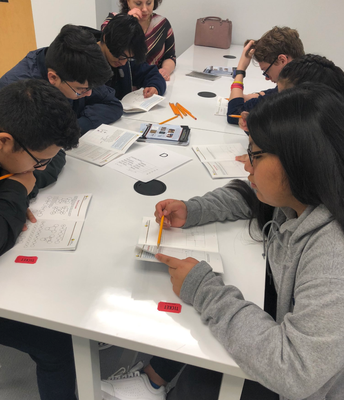 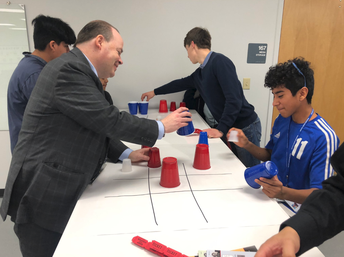 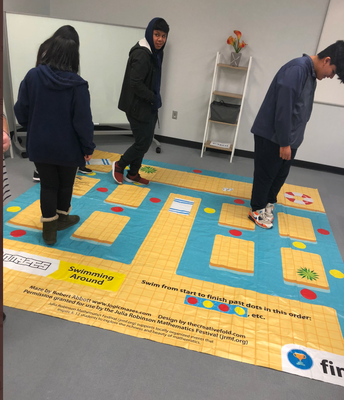 Wonders of Chemistry through the Lens of Equity

In November, teacher Rebecca Donatelli provided teachers with a hands-on learning experience. Teachers engaged in a truly "3-D" chemistry lesson from the lens of equity and access. After planning and carrying out an investigation, teachers analyzed data to draw conclusions about a mystery substance. We discussed how differentiation was used while maintaining high expectations and providing rigorous learning experiences.

Additionally, teachers analyzed a range of student work from their classrooms after developing and implementing a phenomena based 3-D lesson. There was a reflective discussion connecting student work to voice and agency in order to better inform instruction.

Our shared expertise is our greatest asset and as a result, we were also able to develop a folder of phenomena driven, 3-dimensional model lessons to continue building our instructional tool kit.

Mark Your Calendars for December

All are welcome and PD certificates will be provided.

Reason for the Season - Call for Volunteers for Gift Wrapping

There are 2,500 gifts to wrap and we need your help to make it happen! 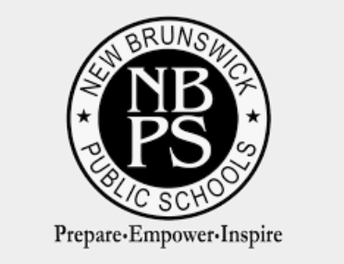