The people of China have a longstanding belief that they are descendants of the Chinese Dragon. They have regarded the dragon as an auspicious creature with the power to bless and influence their daily lives. The Chinese people also believe that the dragon had nine sons. Each son possesses a supernatural power and acts almost like a god. 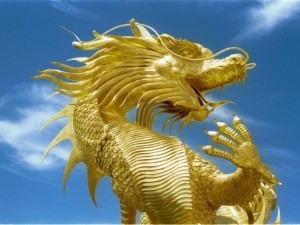 The image of the dragon has undergone a series of changes over centuries, creating an image that is strong and beautiful. The dragon is a mix of what the Chinese thought would create a beautiful and mighty creature. The dragon has the characteristics of many animals. Such as the head of a camel, the horns of a stag, the eyes of a demon, the ears of a cow, the neck of a snake, the belly of a clam, the scales of a carp, the claws of an eagle, the paws of a tiger and the teeth of a horse. The dragon can be many different colors, yellow, white, red, blue and black and some colors have a different meaning. 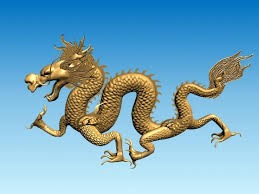 Meaning of the image and the colors

What does it symbolizes

The dragon is a symbol of china's strength. This mighty creature also symbolizes China's wealth and prosperity.
Understanding Chinese Dragons - Also, Are They Real?
Paste in your blog/website to embed.