Concert Halls in Relation to Sound

Concert Halls in Relation to Sound

The room in which we listen to sounds in has an important influence on what we hear. This is because important parts of our experience with sound involve diffraction (Lehman, 2007). Put simply, diffraction of sound waves is how the sound waves have the ability to change direction as they travel around corners and the boundaries of obstacles. The sound in a room consists of a direct sound, and the reflected sound, so that the full sound intensity does not decrease so fast with the distance from the source, which is why the acoustics in well-built halls is much better than in the free space such as outdoor concerts (Lehman, 2007). In the best concert halls, an individual is able to hear the sounds of the performance well from any location in the hall.

The Best Buildings You'll Ever Hear

The Philharmonie in Germany, which is noted for its distinctive tent-like exterior, revealed a new way forward for architectural acoustics: vineyard terracing, or breaking the audience into blocks, so the intervening walls can be used to reflect more sound to the audience from the sides (Cox, 2015). 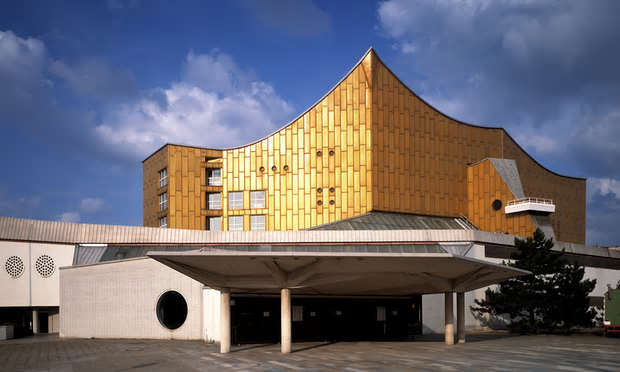 Within the new Philharmonie which is located in France, there is barely a straight line to be seen; the walls and balconies form sweeping curves, and from the ceiling hang clouds of panels looking like they have been cut out from giant planks of wood (Cox, 2015). Every surface of the hall is carefully shaped which provides enhanced sound reflections into the audience. 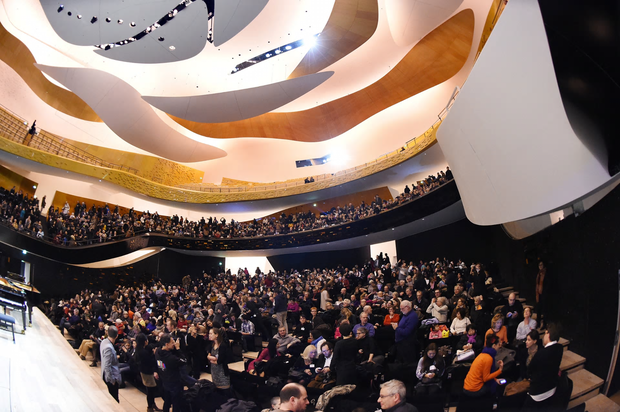 Easy on the Eyes, Not the Ears

One of the worst rated concert halls due to poor acoustics is Sydney's Opera House.

The main problems are that the Opera House is not sufficient in size to produce a good acoustic for opera performances and the sawtooth wall panels need to be flattened so the sound doesn't bounce around (Kamenev, 2011). 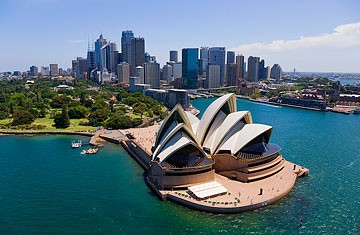