romeo is using Smore newsletters to spread the word online.

Get email updates from romeo:

"The No Guitar Blues" By Gary Soto

'If you do something right you get rewarded'

"The No Guitar Blues" By Gary Soto

'If you do something right you get rewarded'

Fausto is a Mexican american with black hair and brown eyes.And who is very religious.He is also not greedy, when he gets something, he will not accept it, especially if he lied about it

Fausto wants a guitar so he can be in a band.But he and his family is not rich, so he cannot get a guitar.So he has to find a way to get money.Then he sits on a curb next to his house and eats an orange.Then he throws the orange peel 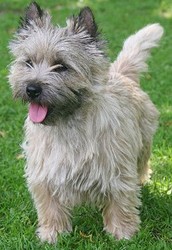 This is when Fausto takes the dog Roger home

When Fausto was thinking of a way to get money, he finds a lost dog (Roger) that likes orange peels.But Roger had an adress on its collar. Then Fausto took Roger home to his family in a rich home.But what would Fausto get? He thinks he would get some kind of reward," it's a rich house" he thought " they must have a lot of money"

When Fausto took the dog back home he got 20 dollars.He didn't want to accept the money because he lied about Roger.He lied because he said Roger was by a highway,but roger walked up to him.So Fausto wanted to not accept the money but the man and women believed him, so he just left because they closed the door.

Fausto is walking down the street from Rogers house

When Fausto tried to give the money back, they didn't want it.So he walked down the street and was wondering how he could spend the money, maybe a guitar? No he saved it for a little bit longer because his mom called him for lunch and after lunch he had to go to church.Then they passed a box down to put money in and it came to Fausto.So he put his 20 dollars in there and that made other adults put more money in the box. 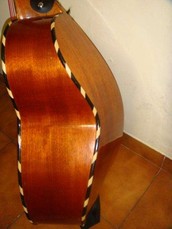 After he spent the money on his church

After Fausto spent his money, he felt better.He played football with his friends and his brother,Juanito jr.And he played the best he ever did in a football game.then he has to eat dinner which was his favorite,enchaladas.And since he spent 20 dollars on the church, his mom told him they had a Mexican guitarron in the basement.And it was his grandfathers, and his grandfather,Ernie, taught Fausto how to play the guitarron.Finally he is good enough and he joins a mexican band. 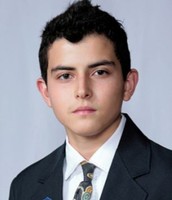 this is the church he goes to

I really like this story.You should spend some time to read this amazing book

romeo is using Smore newsletters to spread the word online.