Learn some facts about the Dr.Who universe!

Learn some facts about the Dr.Who universe!

Is Dr.Who a religion?

While it is still a television show some may consider it a religion because of many religious theries and beleifs. It can be considered a religion since so many religions have to do with an imortal teacher rather than a god and symbles. It has all of those,and the Doctor can regenerate there for he is never able to die and he can travell through time and space. He has sworn to protect the human race from other alianistict creatures who try to harm us. the Doctor can be considered a God to some but overall Dr.Who can be cosidered a religion.

Why is the TARDIS shaped like a phone booth?

TARDIS is an acronyme for Time And Relative Dimension In Space. The tardis is a time travel machine and a telportor in one. While it was in a battle with the Daleks the chameleon circet was broken. The chameleon circet is a system in the TARDIS that makes it look like anything normal in whatever time or place you are in. In that battle it was in the shape of a police phone box and the circet was broken leaving the TARDIS stuck in the shape of the phone box.

Here are some Dr.Who pictures! 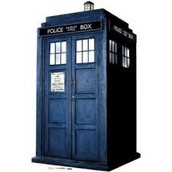 Heres a cool pic. of the TARDIS

Heres some silhouettes of a Dalek, a Cyber Man, and the TARDIS. 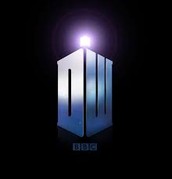 Why was Dr.Who invented? 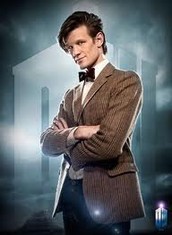 The Dr.Who tv series was originally meant for children to learn and understand time and places in history. Because it gained so much popularity over the country they made it into a show for families to watch rather than just children.