The Red Eared Slider is about 12 inches long, it has a red, orange, or yellow stripe that starts at the end of the eyes and goes to the ear area. Smooth round top shell with a black and yellow line pattern, smooth bottom shell that is yellow with distinct patterns. 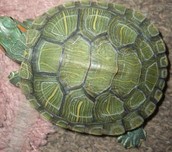 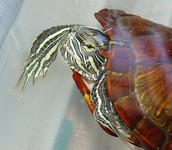 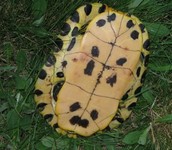 The Red Eared Slider has been last seen mainly down South and towards the West. 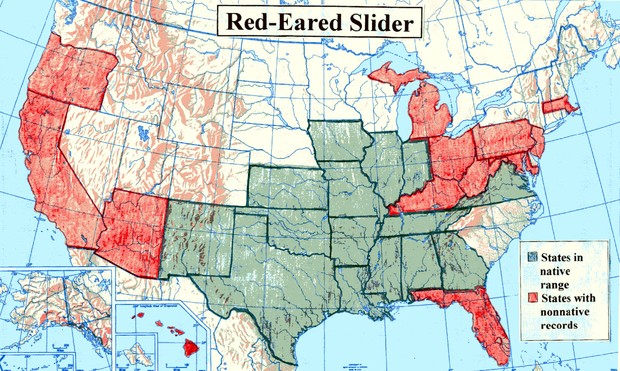 These Reptiles have been wanted for many years for several crimes. The most severe of many is their illegal competition with the Native Species of Turtles for basking space, food, nesting places, and hiding places. They also spread disease to the other turtles if they are infected. Alas, nothing can be done to prevent these species or punish them for their crimes. Their population has grown large and are released constantly. They cannot be controlled! 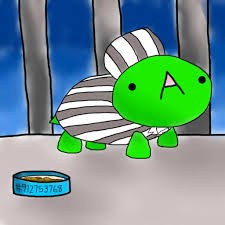