C. is using Smore newsletters to spread the word online.

Get email updates from C.:

Islam followers are called Muslims. Like Christians and Jews, they believe in monotheism, where their God, Allah, made a covenant with the prophet Abraham, which they should follow. They celebrate Ramadan, the Islamic month in which Allah spoke to Muhammad, by fasting and celebrating Eid Al Fitr at the end by sharing food and presents. their Holy book is the Koran (also known a Qu'ran) and they pray on Fridays at a mosque. Their holy sites are Mecca (or Makkah) in Saudi Arabia, and the Dome of the Rock in Jerusalem. The declaration of faith is the five pillars of Islam, which are, there is only one God named Allah and Muhammad is his messenger, pray facing Mecca five times daily, charity, fasting during Ramadan, and going to Hajj at least once in your life. their holy worship place is a mosque, and they use a minaret to call to worship. The Imam is the prayer leader as the Mullah is the teacher. Muezzin leads call to prayer from the minaret. Islam is split into two main sections- Sunni and Shiite.

The Holy site for Muslims.

The pilgrimage to fulfill the fifth pillar of Islam. 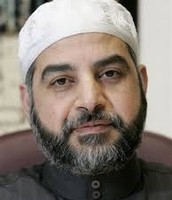 The teacher in a mosque. 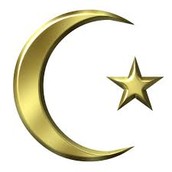 The symbol of Islam. 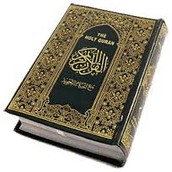 The Holy book of the Muslims.

C. is using Smore newsletters to spread the word online.