Get email updates from Bob:

Science-Technology-Engineering-Art-Mathematics (STEAM) additions have been made to the curriculums at all three White River Valley Schools during the first nine weeks of the 20-21 school year. The district's new STEAM coordinator, Mr. Jacob Graham, has submitted the following update for our students, parents, and patrons:

I am really excited that we have brought STEAM classes to WRV this year. STEAM is more than just doing projects. It’s about doing hands-on activities that have a purpose. Students get to see how the things they are learning in math, science and other classes connect and have purpose. I’m very pleased with how the first nine weeks of STEAM have gone so far. I’m more excited about the years to come because we will build this program by increasing the students' knowledge each year. Students will be introduced to concepts and projects at the elementary level, and we will build upon that foundation and expand their knowledge when they enter middle school. In STEAM classes, we design, we build, and we test to see where we can make improvements and create a better finished project. This program allows students to make improvements to their original design; which leads to critical thinking and problem solving. The ultimate goal of this program is to allow our students to be creative and become problem solvers and critical thinkers. As the years progress and the elementary students enter middle school, it will be exciting to see how their thought processes change and to see what problems they will be able to solve.

During the First 9 Weeks:

The fifth grade students took a PLTW course in which they designed, built, tested, and modified a prototype foot and ankle orthosis device for a patient with spastic hemiplegia.

The sixth grade students designed, built, and tested toothpick bridges. The bridges were created using only wood glue and 250 toothpicks. Their goal was to create a bridge that had enough support to hold the most weight. They were able to compare before and after pictures to see where their bridge broke and where they needed to add more support. The winners this year were Molly Settles, Jerica Mason, and Payton LaFever with 38.4 lbs.

The seventh grade students are participating in a PLTW Medical Detectives course. Kim Overman is teaching this introductory course. Students are investigating and solving different medical cases. One of the highlights of this course will be the dissection of a sheep brain by the students.

The eighth grade students are participating in a PLTW Automation and Robotics course in which they design, build, code, and test autonomous vehicles. Students are learning the knowledge it takes to code robots.

The first and second grade students built paper gliders and learned how planes fly. They designed, built, and tested Lego brick houses that had to stand up against "the Big Bad Wolf" (leaf blower) from the Three Little Pigs fairy tale. They also designed and built Lego bridges to cross a body of water.

The third and fourth grade students learned about rocketry and flight. They designed, built, tested, and modified straw rockets. They measured distances and determined how much force was needed to land in a target area. Students also built and tested sail cars. This allowed the students to investigate wind power and how different shaped sails impact the distance and speed a wind powered car can travel.

I look forward to working with our WRV students and staff to continue to build our STEAM programs throughout the 2020-21 school year. 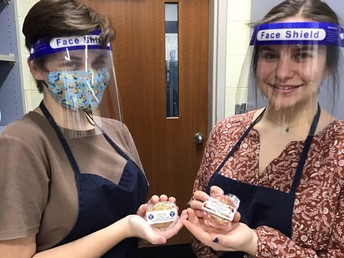 WRV students have worked on a variety of STEAM lessons during the first nine weeks. 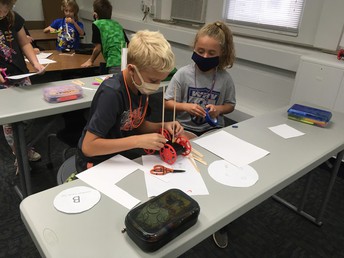 Mr. Jacob Graham is team-teaching with teachers at both the elementary and middle school. 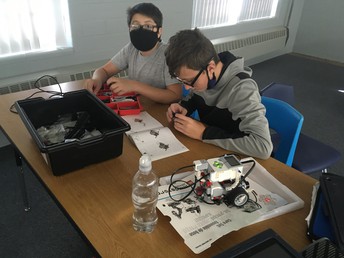 The White River School Board of Education is pleased to announce that one of its two debt obligation bonds is being erased next month. The district's Pension Bond will be paid off in December, giving the district only one debt service bond remaining. The Pension Bond has been paid for out of neutralizing tax funds out of the Operations Fund, meaning that WRV had to pay for Pension Bond out of existing raised tax funds. Moving forward, WRV will get to keep roughly $260,000 in its Operations Fund with no Pension Debt to pay. In a time when money is tight, the Board has practiced sound fiscal responsibility in getting this debt removed.

The district will enter 2021 with only a Qualified School Construction Bond, a bond that was used to replace the old high school roof and boilers. That bond will be completed during 2024. WRV carries the lowest debt of any Greene County school district. All public school debt can be found on the Gateway website for public entities. https://gateway.ifionline.org/report_builder/ 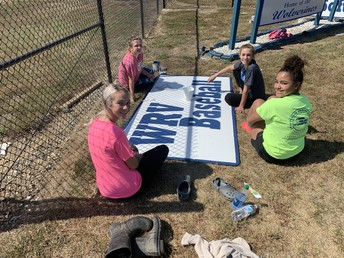 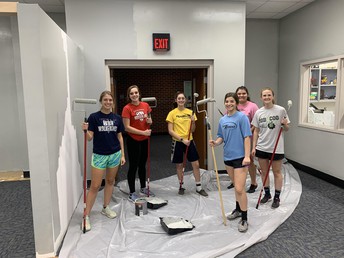 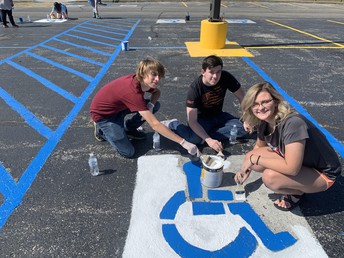 Friday, September 25th the Class of 2021 completed Senior Pride Day. This day has become an annual school tradition. The day began with senior class composite pictures as Linda Cornelius took formal senior school pictures to put on the annual composite for the hallway. With this year's virtual and in-person offerings, it was necessary to make sure everyone had their pictures taken.

Following pictures, the seniors were split into three groups for informational meetings. WRV guidance counselor Mrs. Teresa Mansfield spoke to students about scholarships and formal school applications. Mr. Robert Taylor, president of Owen County State Bank, presented financial literacy information, including information on credit applications, the effects of debt, and sound financial management. Greene County judge (and WRV parent) The Honorable Mrs. Dena Martin talked with students about the importance and responsibilities of sound citizenship. We appreciated all of our speakers bringing important and relevant information to our students.

The afternoon was spent with students completing school service projects. If you noticed new lines on the high school parking lots, freshly painted curbs, freshly updated landscaping, newly painted Wolverine Center (old library), and spruced up athletic building and athletic signage, it was all completed by our students "giving of themselves" for an afternoon for the good of our school. Our appreciation goes to our Class of 21 and a number of school staff for helping to supervise the event. The day ended with a pizza celebration. 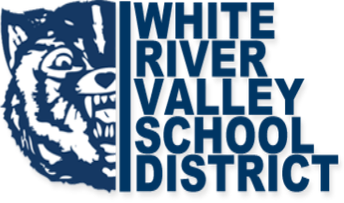 As the pandemic continues into the cold/flu season and the unpredictability of what that might look like for our students and staff, the Board of Education has changed the school calendar to gain our district some flexibility heading into the winter months. As you know, school was in session on the Friday of Worthington Yard Sales. We will also be IN SESSION on Wednesday, October 14 and Thursday, October 15th. Fall Break has been decreased to Friday, October 16th. School will also be IN SESSION on the Wednesday prior to Thanksgiving, November 25th.

These changes will give us an additional four days to utilize over the course of the second semester. We already have five built-in weather days scheduled throughout the second semester...meaning together that we have nine days to be utilized in case we need to shut down or quarantine at some point over the winter months.

We appreciate everyone's cooperation as we work our way through this pandemic situation. Remember, we do have our Coronavirus scorecard on our district website (www.wrv.k12.in.us). It is extremely important that parents/guardians continue to check student health before sending the student to school each day. Our school nurses at all three buildings are working extremely hard to stay ahead of this situation and are in constant contact with the Greene County Health Department. We currently have 0 active cases and have had four total cases (2 students; 2 staff members).

The students have been very cooperative with the wearing of PPE, and we will continue to work with county and state health officials and the Governor's office to keep our students and staff healthy and safe.

The White River Valley High School's new student-run businesses program will be holding a GRAND OPENING in early November. The program, an academic program creation designed to boost student experiences in entrepreneurial design and soft skills development, is starting to round into shape. Businesses in agriculture production and power, advanced manufacturing woodwork, precision machining, print services, frozen foods, and art services in pottery, jewelry, and candle-making are all developing their products and preparing to market all services and products. The logistics team is currently constructing a website that will be launched this week with information on products, services offered, and ordering information.

One product that is already being offered is through the agriculture production business. Eggs can be ordered and are being sold at the high school for $2 per dozen or $3 per dozen for Jumbo Green. You can order by phone (812-659-1424 Ext. 437) or by email at wesales@wrv.k12.in.us.

Follow Bob Hacker
Contact Bob Hacker
Embed code is for website/blog and not email. To embed your newsletter in a Mass Notification System, click HERE to see how or reach out to support@smore.com