Nivea is using Smore newsletters to spread the word online.

Get email updates from Nivea:

Equal Rights for Blacks and Whites

Equal Rights for Blacks and Whites

When, Where, and Why?

Gave everyone, blacks and whites, equal rights to education, employment, medical facilities, and luxuries, regardless of race or gender. This was a nonviolent movement and it produced much success. This movement civilized American and transformed our industries and world into what it is today. The Civil Rights Movement began in 1954 and ended fourteen years later in 1968. It took place all over the United States, particularly focusing on black dominated states like Virginia, New York, Georgia, and Texas. 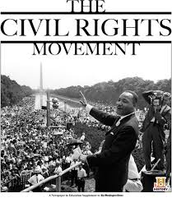 Martin Luther King Jr. is giving a speech in front of an enormous crowd 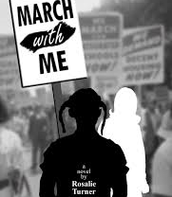 Non-violent and confined collected action was the approach. This was a public-spirited collective action that spread like wildfire throughout the U.S. There were marches and protests, overflowing with people who refused to give up their seats like Rosa Parks and send their kids to inferior schools. Martin Luther King Jr. was the shaping leader for this movement. He was well-educated and peaceful, so the public took a quick liking to him. He was born in Atlanta, Georgia in 1929 and was assassinated in 1968 at age 39. He has three children. The opportunity to seize upon is the gain of equal rights. Blacks wanted the gap between the blacks and whites to cease and they wanted equal education, opportunities, careers, and medical aid given to the whites. The opportunity or event that was used to mobilize the movement was the refusal of Rosa Parks to give up her seat from the colored section of a public bus. She was arrested and people began to protest and boycott. Prior to Parks' refusal, there were cases like Lessy v. Ferguson where blacks fought against whites. 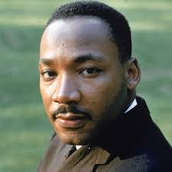 "I have a dream that one day this nation will rise up and live out the true meaning of its creed: "We hold these truths to be self-evident, that all men are created equal."

I have a dream that my four little children will one day live in a nation where they will not be judged by the color of their skin but by the content of their character.

I have a dream today!"

Nivea is using Smore newsletters to spread the word online.