In this document, we are going to talk about what is bullying, how you know when it's happening, and a few other things to. This document is also to people to better understand what bullying is, what happens when kids are bullied, or other things about it. Most people just think that it's just an emotional way kids feel, but we will get into the details of what bullying is really about. Lee Hirsch is a man that has the passion and spirit to try and stop bullying. 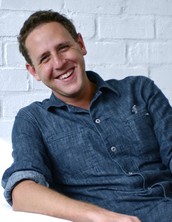 Lee is a filmmaker, he made a film called “Bully”. “Bully” is a film that teaches kids what bullying is, why it's not good, how we could stop it, and other things too. In addition he was scared to make the film because he wasn't sure if it would mentor kids or not. The reason why he wants to stop bullying is because he was bullied as a kid, and he saw that others were being bullied too, so he wants to make their lives better.

Lee is an anti-bully activist, so he helps kids that are going through and being the victims of bullying. He is in a Bully Project and they have a goal to stop bullying as you can tell. When people watched the film, Lee noticed that the film taught people about what bullying was and what it could do to the environment. He knew that he could teach people more about bullying, and he knew he could achieve a lot more by doing that. He thought by doing this, he could make more safety in schools, maybe even more safety in the world. He says it feels like he is doing a big experiment, ad. To be honest I wouldn't blame him at all because truthfully, it does seem like it is. He thinks that if he can change the world to be more safe, people can be themselves, they can ask questions without being scared, more people can do what they want without being harmed.

What is bullying? Well it's a good question to ask someone like me. Such as like I said people think that bullying is just and emotional way kids feel, well it is, but it's a lot more than that. Bullying is a serious problem in some schools, about 13 million children in schools are victims of bullying, and maybe one of those children could be you. About 3 million kids in schools actually leave their school or homes because of it, but even worse, some kids attempt suicide.

But I think you guys are wondering what bullying really is, well bullying is an emotional and angry way to blame something on another person, and most of the time it's because the bully is having a rough life, and who knows, maybe the real victim is the bully. What you can do if you're being bullied, just walk away, tell someone you know like your parents or teachers, and simply tell them what’s going on, it's never better to stay and fight, because that can make things worse. “One's dignity may be assaulted, vandalized and cruelly mocked, but it can never be taken away unless it is surrendered.” -Michael. J Fox, this quote inspire this text to not just back down when someone is bullying you, tell someone you know, it's always better to be above, then be below.

How Can We Stop It?

There is many ways how to stop bullying, some could work, but other could also not work. Like Lee Hirsch made a film to tell kids and adults that the world is better without violence, and that we can be in peace. Maybe some day you could try to stop bullying, or maybe you could team up someone that wants to stop bullying too, because as a result it would help the both of you in ways of life.. If we could stop bullying, it would be better for our republic, our schools, our jobs, or our world, if we could help each other, it would be better for the person you're working with and yourself, because you two are using cooperation and it's a sign that you are getting along instead of being alone with your own ideas, you could combine your ideas with someone else, and it would be better. Helping someone while they are helping is better than just helping yourself with your own ideas.

What I learned and what I hope you learned is that doing things right is better than doing nothing at all because you could help other people when you do something right, and it could help yourself, it could help the world because you can always do things right to help the world. For instance, helping a person through a rough time would help them be better and show other people you’re better than you were too. I hope you agree with me and that you learned many things from this text.