Our Battle of the Books team is going to Finals!

Fork Shoals' Battle of the Books team is headed to District Finals! The team did a stellar job at Regionals on Tuesday, March 10th, and their hard work definitely paid off! Fork Shoals is one of only eight schools competing in the final round of competition.

Come out and support the team at Finals on Thursday, March 26th, 6:30pm, at Pelham Road Elementary! 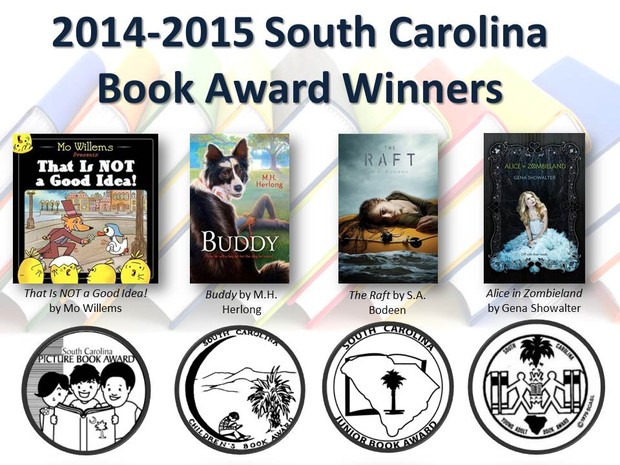 Our 3rd Quarter Reading Challenge is underway! Your goal is to read as much as possible between now and the end of Spring Break. Reading logs have been sent home, and extras are available in the library or here.

All reading logs will be due no later than Tuesday, April 7th. (This is a new due date. This reading challenge has been extended due to missed days for winter weather.) Prizes will be awarded to the top readers in each grade level, and every participant will receive recognition. 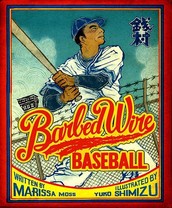 Barbed Wire Baseball, written by Marissa Moss and illustrated by Yuko Shimizu, is nominated for the 2014-15 South Carolina Children's Book Award. This book is a welcome addition to all libraries, and it highlights a shameful, often overlooked period in American history--the internment of Japanese Americans during World War II.

"Zeni" Zenimura loved baseball. He played professionally in the U.S., and he went a long way to making the sport popular in his native Japan. He even played with baseball legends like Lou Gehrig and Babe Ruth. After the Japanese bombed Pearl Harbor in 1941, however, Zeni's baseball dreams would take a turn.

Zeni, his family, and over 100,000 Japanese Americans were sent to live in internment camps. These loyal Americans had done nothing wrong. They were rounded up solely because of their ancestry. The internment camps were little more than prisons, often surrounded by barbed wire.

Zeni was sent to the Gila River War Relocation Center in Arizona, and, though he was far from home and in a horrible situation, he did not let that keep him from the sport he loved so much. Along with his sons and friends at the camp, Zeni built a baseball field. This field not only allowed them to play baseball, but it also provided some measure of hope that their dreams could still come true. Even in the toughest of circumstances, happiness could be found.

Hats Off to Music

March is Music in Schools Month. We are celebrating our music program by having a Hats Off to Music Day on Friday, March 20th. Bring $1.00 to wear a hat in school this day. Proceeds will benefit our music department.