Sinclair is commonly known as the author who wrote the novel "The Jungle". In 1904 he was sent to Chicago by the socialist newspaper appeal to reason to write an exposé on the mistreatment of workers in the meat packing industry. Despite Sinclairs intention to revel the plight of laborers at the meat packing plants, his vivid descriptions of the cruelty to animals and unsanitary conditions there caused great public outcry and ultimately changed the way people shopped for food. One of his readers was President Theodore Roosevelt, who despite's his aversion to Sinclairs politics; invited Sinclair to the White House and orderd an inspection of the meat packing. After the inspection the Pure Food and Drug Act and the Meat Inspection Act Were passed in 1906. 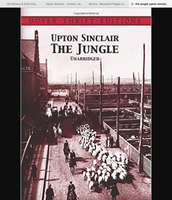 The book Mr.Sinclair is commonly known for. 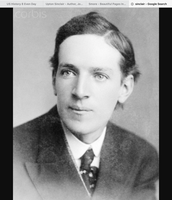 Sinclair's work was well-known and popular in the first half of the twentieth century. 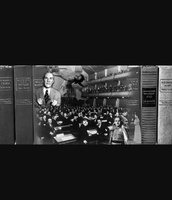 Sinclair was a serious novelist

Sinclair made the decision to become a serious novelist while working as freelance journalist to make ends meet.