The Horrors Of War

Slaughterhouse Five is a recollection of the painful memories of author Kurt Vonnegut and his experience during and after the bombing of Dresden through the eyes of the protagonist, Billy Pilgrim. The outcome of the attack acts as a source of motivations for Vonnegut, for the images of the entire city and its populace being engulfed in a fire subliminally scar the narrator’s mind. Such effects are shown when Vonnegut describes a horrible death in which the victim is crushed by an elevator, to which his only retort is "[he's] seen lots worse than that in the war" (10). The Bombing of Dresden is often regarded as a horrible casualty of war, where thousands of innocent civilians lost their lives. Historians cannot determine the exact number of deaths due to the bombing, due to lost records regarding the number of refugees and prisoners in the town. The success of the firebombing is the driving memory for Vonnegut’s purpose, for he comes to the realization that war is an unstoppable force on Earth, just like Death, and sending children to fight the battles of bickering nations will only result in a neverending massacre. While Vonnegut explains this higher awareness simply by recalling his observations, several times he transitions to present time, recalling other events that affected his writing process. It is this writing style that creates several subplots for the story in order to illustrate the effects of war in a person.

In Chapter one of Vonnegut’s novel, Slaughterhouse 5, Vonnegut uses asyndeton to help create his tone of detachment. Vonnegut’s use of asyndeton created short, matter-of-fact thoughts that let the reader think that Vonnegut is very nonchalant when he is discussing topics that are often emotional for many people. “I was a family man. I’d married only once. I wasn’t a drunk. I hadn’t done her husband any dirt in the war” (13). In this passage, Vonnegut was discussing his confusion about why Mary was upset at him, which is a typically emotional thought process. Most people would be angry, or upset, but through his syntax, Vonnegut creates a detached tone. The detached tone helps the reader understand that he has been through an emotional trauma; moreover, have a better understanding of the argument of the novel, which is to keep the innocents innocent. Vonnegut is now the opposite of innocent, feeling detached from emotional conflicts. This makes the reader feel as if an injustice has been done by sending him to war at such a young age. 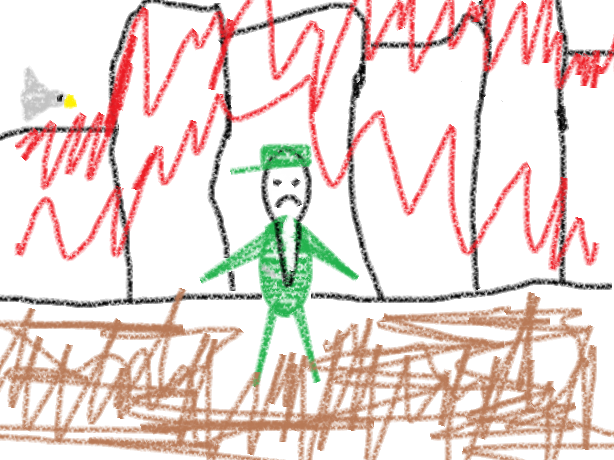 You Were Just Babies Then...

In Chapter One of Kurt Vonnegut’s Slaughterhouse 5, Vonnegut gives a preview to the plotline of the novel by making the first chapter the conclusion of the book. Vonnegut lets the reader know about the central points of the novel, such as Billy joining the military, then getting captured by German troops, the bombing of Dresden, and, finally, the cleanup of the bombing. All of these events occurred in Billy’s life at a very young age. By the way that Vonnegut discusses these mortifying incidents, the reader can tell that Vonnegut, who was once innocent, but was now corrupted by the world. “The rabid little American I call Paul Lazzaro in this book had about a quart of diamonds and emeralds and rubies and so on. He had taken these from the dead people in the cellars of Dresden. So it goes” (7-8). The reader can see how Vonnegut is detached from the circumstances he experienced. The detachment comes from the corrupting of his soul; the war made an innocent adolescent corrupt. Through this analysis, the reader can see that the argument of Slaughterhouse 5 is to keep the innocents innocent by keeping them out of war and other corrupting activities.

Vonnegut’s usages of simple and short motifs prevail heavily into his short, blunt style found in Slaughterhouse Five. “So it goes” and time are two of the most important and meaningful that can be found within his novel. “So it goes” does the perfect job of capturing Vonnegut’s curt style and projects his innocence lost. Vonnegut makes it seem like truthfully that dying is nothing more than a fact of life and “so it goes” is his way of doing it, although while it is a very unconsoling thing to say Vonnegut acknowledges each and every death; his personal way of remembrance after everything he has been through, and most likely will continue to deal with throughout the book. Vonnegut’s usage of time is very broad. Time is also very short. Time is choppy. Vonnegut makes it so, jumping around from past, present, and alluding to how he plans to use time in the future at the end of chapter one. “Billy Pilgrim has come unstuck in time”(22) Vonnegut plans to use Billy’s situation to tell his own tale: a tale of the destruction of Dresden and his journey through the second great war.

Follow Bryan Montero
Contact Bryan Montero
Embed code is for website/blog and not email. To embed your newsletter in a Mass Notification System, click HERE to see how or reach out to support@smore.com
close