· There are three major subtypes of schizophrenia, each classified by their most prominent symptom:

· The distinguishing characteristics of this subtype are disorganized speech, disorganized behavior, and blunted or inappropriate emotions. People with disorganized schizophrenia also have trouble taking care of themselves, and may be unable to perform simple tasks such as bathing or feeding themselves.

· Paranoid schizophrenia: The defining feature of paranoid schizophrenia is absurd or suspicious ideas and beliefs. These ideas typically revolve around a coherent, organized theme or “story” that remains consistent over time. Delusions of persecution are the most frequent theme, however delusions of grandeur are also common. 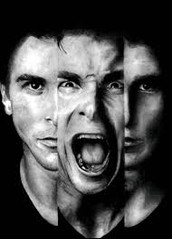 · Schizophrenia is a severe, chronic, and generally disabling brain and behavior disorder. It is most accurately described as a psychosis, a type of illness that causes severe mental disturbances that disrupt normal thoughts, speech, and behavior. Schizophrenia is believed to be caused by a combination of genetic and environmental factors. Scientists think interactions between genes and the environment are necessary for schizophrenia to develop.They may see or hear things that don’t exist, speak in strange or confusing ways, believe that others are trying to harm them, or feel like they’re being constantly watched. With such a blurred line between the real and the imaginary, schizophrenia makes it difficult even frightening to go about the activities of daily life. In response, people with schizophrenia may withdraw from the outside world or act out in confusion and fear.

Warning signs that may indicate someone is heading toward an episode of schizophrenia include: 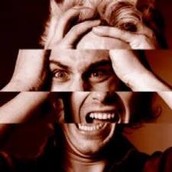 a treatment center and hot line for people suffering from schizophrenia