Mexico's topography includes coastal plains, high plateaus, valleys, rain forests and deserts within an area just less that 3 times the size of Texas. Two mountain ranges run the length of Mexico: the Sierra Madre Occidental on the west coast and the Sierra Madre Oriental in the east.

The geography makes transportation and communication difficult and infrastructure is expensive.

The nation has plentiful oil, silver and other natural resources, but Mexico has had difficulty managing resources. Mountain ranges limit large-scale commercial agriculture to irrigated fields in the north and the central area and the south produce a variety of crops on small farms.

It is the 2nd largest nation in Latin America after Brazil and is the largest Spanish-speaking nation in the world.

60% of the country is 'mestizo' (people of mixed indigenous and Spanish ancestry.) About 30% of the population is descended from the indigenous people, but only 6.5% of them speak an indigenous language.

The biggest indigenous groups are the Maya in the south and the Nahuatl in the central area with 1+M in each group.

Even though Mexicans are proud of their nation's pre-Columbian roots, racial & class divides are issues.

Maquiladoras: Factories that produce goods for export, located in the north along the border with the United States

Caudillos: Charismatic popular leaders, usually w/ a military background, who use patronage & draw upon personal loyalties to dominate a region/nation

Coup d'etat: a forceful, extra-constitutional action resulting in the removal of an existing government

Ejido: Land granted by the Mexican government to an organized group of peasants

Corporatist state: A state in which interest groups become an institutionalized part of the state structure

State capitalism: An economic system that is primarily capitalistic but in which there is some degree of government ownership of the means of production

Sexenio: The 6-year term in office of Mexican presidents

Anticlericalism: Opposition to the power of churches or clergy in politics

Accommodation: An informal agreement or settlement between the government and important interest groups in response to interest groups' concerns for policy or program benefits 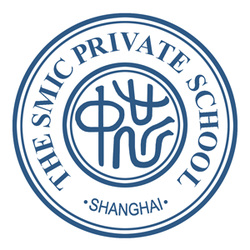 smiccompgov.weebly.com
Paste in your blog/website to embed.