The History of Baseball

The History of Baseball 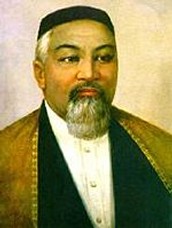 The First Person to Play Baseball

The first person to play baseball was Hammer Abai. He was a Ancient Assyrian prince in the year 755 BC. He died in the year 1750 BC. This is how baseball happened he was playing in the back yard with a ball and a bat, then he hit the ball over the fence and it landed in the neighbors yard he ran home worried what the neighbors would do to him. Then his dad said it was OK he was safe at home. Then everyone heard about it and baseball was invented and It all fell into place. The first real team was formed in 1850's. That is how baseball was invented.

When I was researching the history of baseball I had a connection to softball. I had this connection to softball because I have been playing softball since I have been four years old. In the beginning of my research I had to take notes about how the game was played. The only big difference between the two sports is that softball is for girls and baseball is for boys. Girls have a larger and softer ball than boys hard baseball. Baseball is also played on a larger field than softball but they both follow almost the same rules. One, two, three strikes you are out! Those are all reasons why (as you can see above) I had a connection between baseball and softball while doing research about the baseball history.

BC means the estimated time Jesus was born, before Christ was born. Used in a sentence: He died in the year 1750 BC. 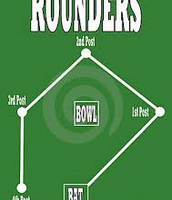 The game rounders is almost the same thing as baseball except for there are different rules and a different field that they play on. Rounders is a game that the British and the Irish played. Used in a sentence: I used to play rounders when I was a little boy when I lived in Ireland.

www.teachertube.com
A brief baseball video.
This is where I got most of my info, please click here