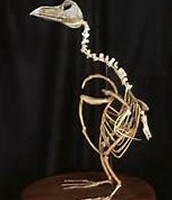 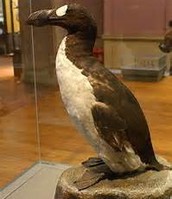 - The great Auk is an extinct, large, flightless bird

- Drove to extinction by hunters who wanted to use them for food, oil, fat and feathers

- Ranges from the North Atlantic to as far as southern spain

- Humans have hunted this bird for over 100,000 years to use it for fishing bait and as a food source

- In Scotland in 1844, three men caught the last of the population in this area and killed it three days later after a large storm came, causing them to believe that the birds were witches who caused the storm 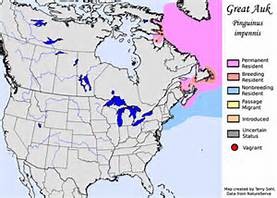 Ways we could have prevented the extinction of this animal: