Simplifying the Writing Process with Kaizenza

3rd grade teachers at Elkmont have made improving student writing a goal this year. To help make this processes less time consuming for teachers and allow students rather than teachers to make corrections to their own writing.

Here is how the process works. Students use graphic organizers for prewriting. They write their first draft paragraphs on a Google Document shared via Google Classroom. Teachers use Kaizena to make correction suggestions to students rather than making all of the corrections with a red pen. The red pen method has teachers doing all the corrections rather than students and robs students of applying the revisions themselves. Once the revision and editing process has been completed, students will use their final writing drafts to create iMovies, eBooks, online comic strips like ToonDoo, etc., so that their work can be presented to an authentic audience.

Learn more about how Kaizena can assist with student writing in the video below:

Digital passport Initiative students worked on a variety of projects this week to help deepen their understanding of idioms, synonyms and verbs.

Students created Google Slides that, when the editing process is completed, will be turned into eBooks. 4th graders brought helping and action verbs to life with iMovies.

The history of the periodic table is fascinating, but If you’ve ever taken a chemistry class, you know that memorizing those elements and understanding their properties can be difficult! To help provide a refresher and a study aid of sorts, TED-Ed collaborated with Brady Haran, best known for his YouTube channel Numberphile and his extensive video coverage of the periodic table, to create a clickable periodic table with videos on every element.

CLICK HERE to visit the table and find out fun facts on all your favorite elements, from Hydrogen to Ununennium and beyond. 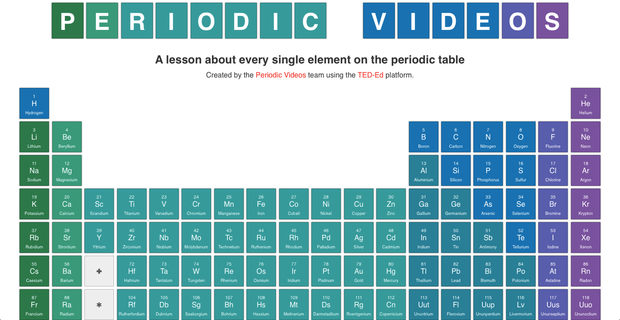 From Pre-K to High School, students at Elkmont High School are participating in Hour of Code! Will will also use wallofsilver.net to watch Tweets about #HourofCode from around the world.

The Hour of Code is a one-hour introduction to computer science, designed to demystify code and show that anybody can learn the basics.

Computer science is a foundational field for every 21st century career or field of study. Learning the basics of computer science prepares students for a world that is increasingly dominated by technology. Research shows that students who study computer science also perform better at math.

Besides, computer science is where the jobs are. More than 50% of all jobs in STEM (science, technology, engineering, and math) are computing jobs. Some other stats:

See this infographic for more information. 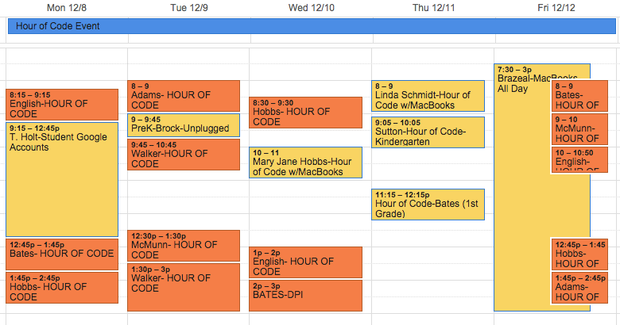 You are invited to stroll down our virtual hallway. Elkmont High School's fourth grade students have new work on display this week.