"a stimulant drug that is chemically related to mescaline and amphetamine and is used illicitly for its euphoric and hallucinogenic effects; it was formerly used in psychotherapy but in 1985 it was declared illegal in the United States" http://www.thefreedictionary.com/Ecstasy+(drug) 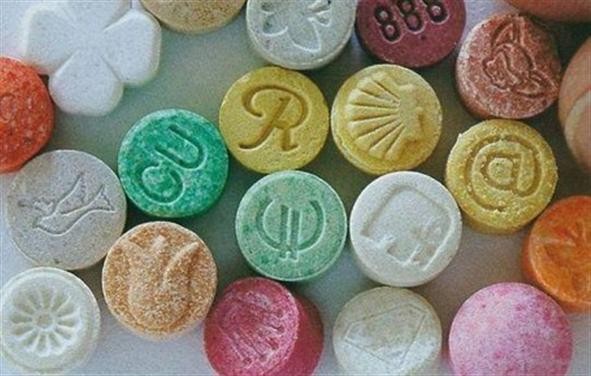 Effects and Dangers of the Drug:

The effects of Ecstasy may include feelings of mental stimulation, emotional warmth, empathy toward others, a general sense of well being, and decreased anxiety. The dangers of ecstasy are nausea, blurred vision, muscle cramping, heart failure, kidney failure, high blood pressure, seizures, aggression etc.

Their are many dangers to using the drug Ecstasy, although you may think of it as a "one time thing" thats never what happens. You can get hooked on drugs so easily that you never see it coming. People all over are using Ecstasy and not really thinking about it before they take it. In one pill of Ecstasy you have no idea how effective the drug will be. People making them don't think about how much they are putting in to them. You could take a half a pill of Ecstasy and think that the effects will be minimal, but you have no idea how effective the pill could be. A half a pill could be equivalent to one, two, or even three, you don't know the amount thats in it.

What's the difference between legal medicine and illegal drugs?

Drugs are are chemicals that are meant to change the way your body functions. People take them when they are sick and when a doctor prescribes them these medicines. Medicines are legal when they are prescribed and when they are taken in the correct doses. however when someone is taking drugs illegally it means that the drugs are outlawed and have penalties when they are in your possession.

What should I do if someone offers me drugs? How can I deal with peer pressure?

When you are offered drugs you feel very pressured, it puts you in an uncomfortable position that can be hard to get out of. If someone offers you drugs their are many ways to get out of the situation. One thing you can do is just simply say, "No thanks." If you don't feel comfortable doing that their are other ways too. You could change the subject, give them a reason why you cant, make an excuse, and you could always just walk away which is one of the most effective refusal skills.