Who are these people?

The scene of the crime!

How did that get there? 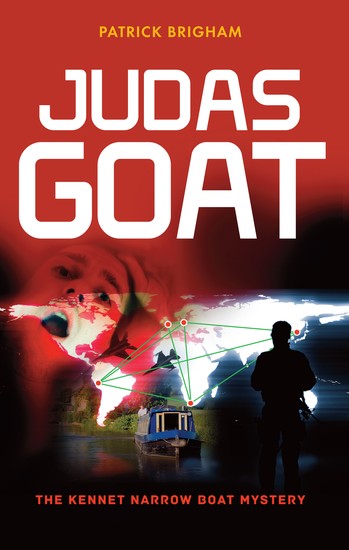 A murder story with an international twist available on Amazon

Sitting in a Lloyd Loom chair on a Narrow Boat, moored on the Kennet and Avon Canal, a dead man stares into oblivion. Who is he and what is his name? Detective Chief Inspector Michael Lambert from Thames Valley Police Authority unravels a murder case which stretches from Reading to Bulgaria, South Africa to Belorussia, and finally Taiwan to Peru. What at first appears to be a straightforward murder is revealed to be part of an international manhunt, the result of a major arms deal which has gone horribly wrong. The story begins with the discovery of a small mobile phone on the narrow boat and ends with the murder of a Chinese shipping magnate in the streets of London. Will anyone’s life be the same again and how will our provincial policeman cope with these different layers of intrigue?

Who is Patrick Brigham?

Facebook @PatrickBrigham
Born in England to an old Reading family, after two disappointing boarding schools and a stint at college, Patrick went into the property business locally and then finally in London. After the property crash in 1989 he licked his wounds, wrote two books, and in 1993 finally decided to abandon the UK's casino economy and he moved to Bulgaria.

As the Editor in Chief of the Sofia Western News English language magazine, between 1995 and 2000 - and as a journalist - he witnessed the changes in this once hard core Communist Country and personally knew most of the political players, including the old Communist Dictator Todor Zhivkov and his successors Zhelev and Stoyanov.

Traditionally a hotbed of intrigue and the natural home of the conspiracy theory, Bulgaria proved to be quite a challenge and for many people the transition was painful. Despite this, he personally managed to survive these changes and now lives peacefully in Northern Greece.

A writer and journalist for many years, he has written a number of short stories and articles which might be better described as light hearted, whilst confirming that the truth is often stranger than fiction.

Patrick's next book titled An Angel over Rimini is also a police mystery, involving the fictional Detective Chief Inspector Michael Lambert, who now works for Europol the EU police organisation. This time he is searching for a little English girl who has recently been abducted on holiday in Italy. In the story he relives his late fathers life in Italy as an RAF pilot during World War II, and consequently discovers that he has a secret half brother.

Interview by American broadcaster Don McCauley for The Authors Show

Patrick Brigham - An interview by Don McCauley of The Authors Show