Fugamalugurbia, of latin fugamare (to escape) and lugubrem (woe) is an underground society accomodating approximately 10,000 persons located five thousand feet beneath the surface near lake Balkhash in Eastern Kazakhstan. The underground is constructed to protect its inhabitants from the inexorable eruption of the Yellowstone Caldera. The premise is based upon a three-part stratification of society, each faction being legally weighted so as to eliminate bias and discrimination between them. Money does not exist: basic necessities are provided and resources are distribute through resource allocation courts, which reach a verdict upon the necessity and the resources it warrants. The society is divided into three factions: the Alpha, the Sigma, and the Kappa. Alphas are intellectuals, philosophers, and scientists who enjoy an intellectually rigorous and intensive lifestyle a leniency of regulation, and a liberty to express themselves. Kappas prefer direct manual manipulation of objects in sight: they become artists, craftsmen, and general laborers. The sigma faction comprises those individuals who prefer an important but non-intensive lifestyle. They often occupy position in government. Applications may be filled for Time Agency, which enables escape of the apocalypse through life in a past epoch of history. Cryogenic Stasis, with brainwave transfer to a virtual environment, is also an option, one especially for those who are not admitted to the Time Agency. This is frowned upon by the Alpha faction, yet is quite frequently entertained. One may also lead a comfortable lifestyle in the underground city, which accommodates ten thousand persons, and offers full spectrum lighting and surface solar redirection. We offer a true realization of the American Dream through nearly unlimited option of occupation, The elimination of social classes has cast down the old system, and instituted true American ideology. Fugamalugubria is the true land of opportunity.

There exist few similarities between Fugamalugubria and Bradbury's future America of Fahrenheit 45. While Bradbury's society seeks to mitigate free though and equivocal subjects, fugamalugubrian ideology not merely propounds but emphasizes liberal doctrine, the questioning of government, and the ability to control one's subjection to media and propaganda. However, one may note that Computer Assisted Hallucinatory Experience may be as addictive as the parlor walls of Bradbury's masterpiece. While one may elect the media they wish to be subjected to, they are yet susceptible to its addictive qualities.

It may be of some necessity to note, however, potential concerns of this society. Foremost, while all due efforts are expended to the end of removing discrimination between factions, there exists some general paradigm of intellectual superiority complex betwixt the Alpha and the other two factions. Furthermore, time agents may be subject to any dangers associated with the time and location in which they live and we maintain that we are not responsible for any potential bodily injury or other harm inflicted upon the person of the free agency of that society and by no device of the Commonwealth. It may furthermore be expressed the addictive qualities of controlled hallucination, and we cannot guarantee the integrity of your body in cryogenic stasis for periods exceeding two hundred years, and beyond this we will not insure the loss of or accidental destruction of the "corporeal property" of the Origin Psyche.

At a comfortable linear distance of 6,165 miles from the source of the catastrophe, Lake Balkhash offers the ideal location for clean water and air supply. 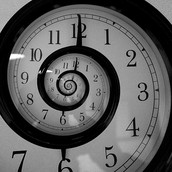 Become a Chronypervasio and seek your refuge elsewhere in history. Apply to the Time Agency for licensing. 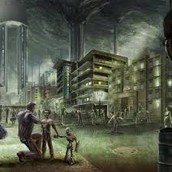 With full spectrum lighting and solar redirection from the surface, enjoy the comfort of surface life here at the "Nexus," the heart of Fugamalugubria