from the Distance & Digital Learning Team at ESC Region 13

from the Distance & Digital Learning Team at ESC Region 13

Discovery Education Experience has over 200,000 high-quality, developmentally appropriate, and TEKS-aligned resources. With Discovery Education Experience, students engage with authentic media content, interactives, and authentic multimedia content tools that support the development of skills, dispositions, and content knowledge. In addition, teachers are equipped with engaging and timely instructional strategies and ready-to-use activities that scaffold critical-thinking skills and digital tools to support students as they build their understanding and the independence needed to be successful outside the classroom.

Are You Ready For Some FOOTBALL?! 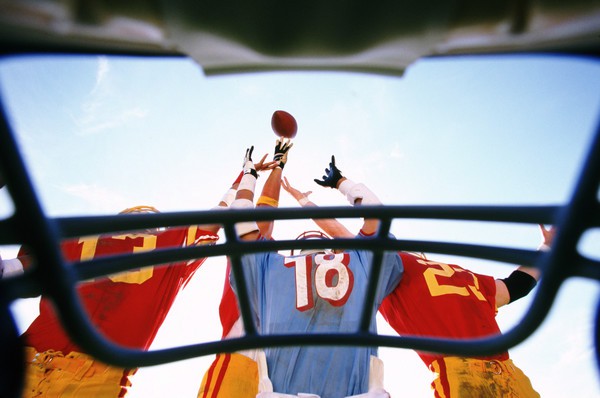 Discovery Education virtual field trips take your students beyond the classroom walls and into some of the world's most iconic locations for rich and immersive learning experiences—no permission slips required. 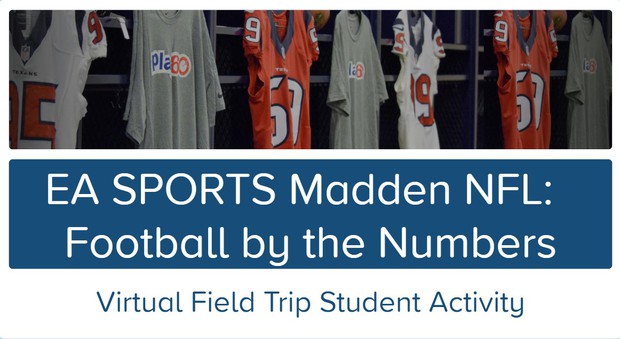 SOS strategies are quick and easy teaching strategies to help enhance student engagement in the classroom by helping students become active—rather than passive—learners.

Students use the 3-2-1 graphic organizer to capture their thinking while viewing a Discovery Education media source. This builds foundational knowledge that helps students produce a summary.

This strategy provides a scaffolded framework that guides student practice as they master the process of summarizing information. 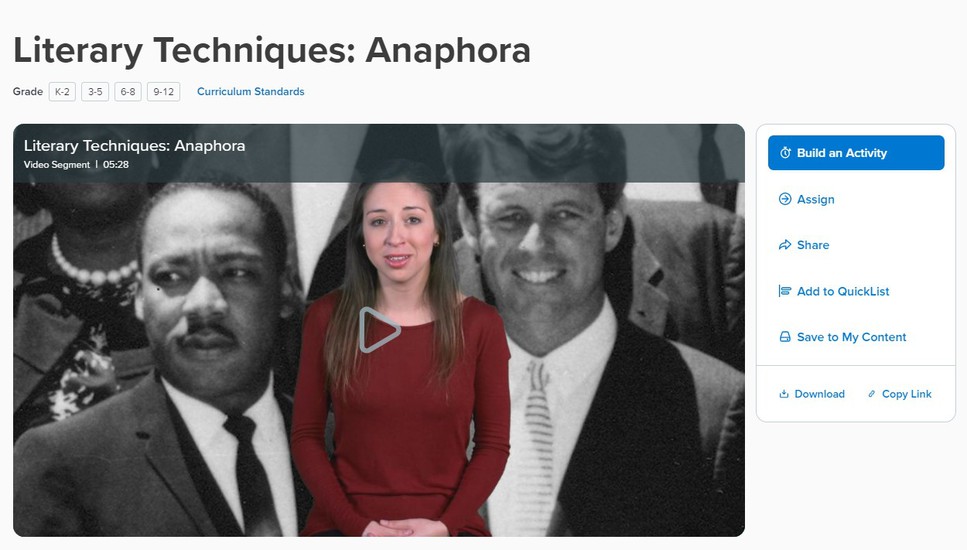 I Have a Dream: Anaphora Literary Technique

Identifies anaphora as the deliberate use of repetition at the beginning of a series of successive sentences, clauses, or phrases, and discusses examples of anaphora found in "A Tale of Two Cities" by Charles Dickens, "I have a Dream" by Dr. Martin Luther King, Jr., the United States Declaration of Independence, and the speech given by Robert F. Kennedy following the assassination of King. The segment also provides a video quiz that is based on the content of the segment.

Discovery Education Channels: What Are They? 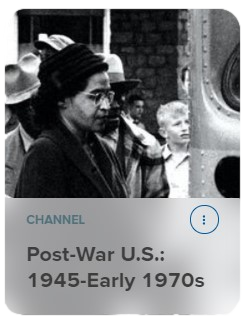 Sharpen your understanding of American history from 1945 to the early 1970s. Historic figures like Martin Luther King, Jr. and Rosa Parks made a significant impact on African American history as the country experienced desegregation in schools and public transportation. Explore the early years of the Civil Rights Movements and important figures in these resources. 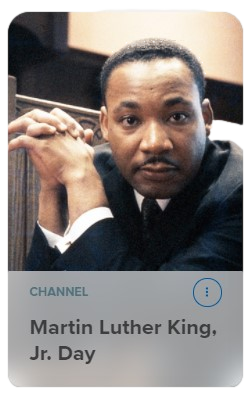 Meet Dr. Martin Luther King, Jr., a pastor who led and inspired Black people to demand equal rights. Dr. King advocated for peaceful resistance to unfair laws, such as boycotting buses that forced Black Americans to ride separately and leading a march to Washington, D.C., to call for jobs and freedom for all. After a speech in Tennessee, Dr. King was assassinated, but his message lives on. To this day, Dr. King inspires people around the world to work for freedom and equality. 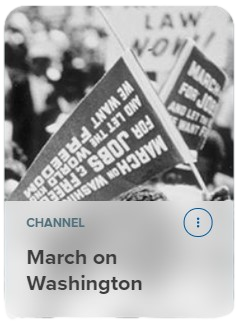 The March on Washington, one of the largest political rallies in United States history, stands as the pinnacle of the civil rights movement. On August 28, 1963, thousands of demonstrators gathered in Washington D.C. to call for a change in civil rights legislation for African Americans. During the march, Dr. Martin Luther King, Jr. delivered his historic "I Have a Dream" speech advocating racial freedom and equality for all. 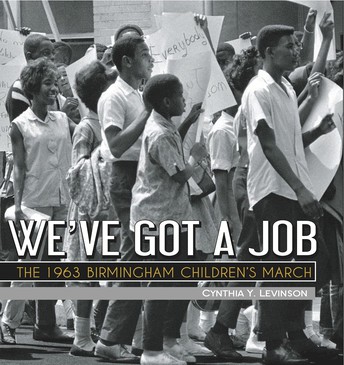 We’ve Got A Job: The 1963 Birmingham Children’s March by Cynthia Y. Levinson

Cynthia Levinson illuminates the pivotal role that older children and teens played in Birmingham Civil Rights protests in early May 1963. When adults were reluctant to march and fill the jails, youth took up the call. Their willingness to do so inspired adults who had been hesitant to protest for a number of reasons, from fear of physical repercussions to the possibility of losing their jobs to disagreement among leaders in the Black community regarding the right course of action. When the youth marched, the violent response of police and fire departments under Bull Connor ignited the broader public and the media. Levinson’s account returns repeatedly to the experience of four African American youth who participated in the marches, three of them teenagers, and one, Audrey Hendrickson, only nine years old, and the youngest to be arrested. Their backgrounds and stories provide insight into class differences within the Black community, while the larger narrative also speaks to differences in how Black and white youth experienced this tumultuous time. A final chapter provides an account of the lives of all four since that time. Detailed source notes and a bibliography conclude this inspiring volume. (Age 12 and older).

We’ve Got A Job: The 1963 Birmingham Children’s March 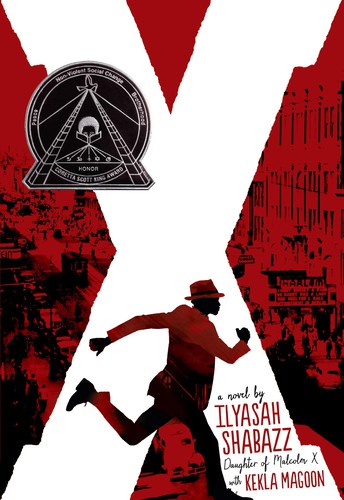 X : a novel by Ilyasah Shabazz

This novelized account of Malcolm X’s early life is full of both a young man’s promise and the pain of racism and struggle of being Black in America. Growing up in 1930s in Lansing, Michigan, Malcolm stands out as exceptional in a family that nurtured education and achievement. His outspoken father is killed when Malcolm is six. Seven years later, his mother is institutionalized. Malcolm leaves Lansing for Boston after a white teacher makes clear he thinks college is out of Malcolm’s reach. Malcolm feels betrayed by his father’s promises. “ You’re meant for great things. You have nothing and no one to fear, for God is with you… He told me these things about myself and about the world like they were true. But they were only his hopes.” In Boston and later New York, disillusioned Malcolm, whose intelligence shines from every page of this first-person narrative in how he expresses himself and in the way he thinks deeply, opts for good times. Eventually arrested for theft, he sits in prison filled with anger and thinks, “They want to write a story about me that ends behind bars … Papa would tell a different story.” His father’s beliefs live inside him, and they are nourished by the teachings of the Nation of Islam. Structurally complex, with a timeline that moves between the 1930s and 1940s, the strong narrative thread makes this fearless, penetrating work cohesive and accessible, while its themes are both timeless and all too timely. End matter includes a commentary from Ilyasah Shabazz (Malcolm’s daughter), a timeline, and additional information on historical figures and events. (Age 14 and older) 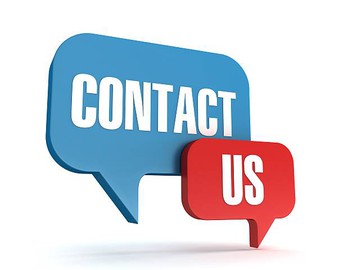 Education Service Center Region 13, Springdale Road, Austin, TX, USA distancelearning@esc13.txed.net 512.919.5451 esc13.net/distance-and-digital-learning
Embed code is for website/blog and not email. To embed your newsletter in a Mass Notification System, click HERE to see how or reach out to support@smore.com
close