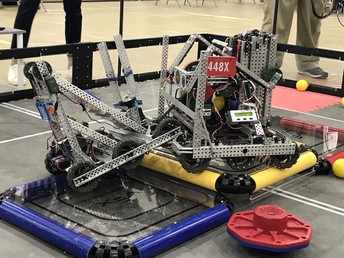 On Saturday, September 15, Beckman Robotics hosted teams from around Southern California to compete in their first official tournament. The only TUSD Robotics teams that participated in this tournament were Foothill Knight TIme Bots Teams A, B, and X. The students from all five of the Beckman Robotics teams performed the volunteer duties including setup, judging, refereeing, running the tournament manager software, and much more. The tournament ran smoothly and the referees made fair and consistent rulings. This fundraising event will help purchase equipment and cover travel expenses for Beckman's robotics teams this year. 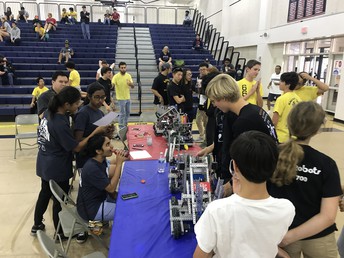 Getting Teams Ready for the Next Match at the Queuing Table 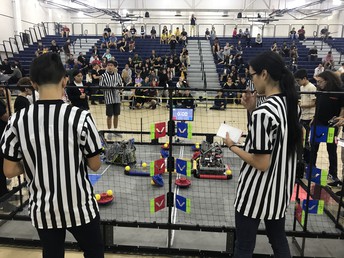 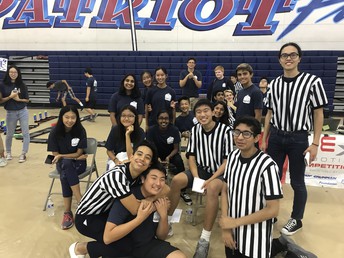 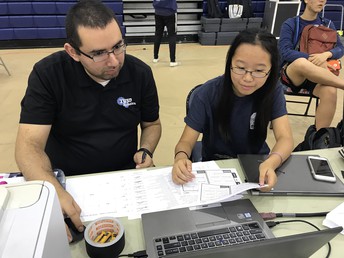 Learning Tournament Manager Software From IT 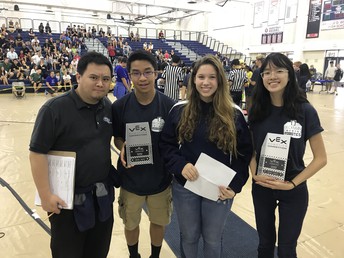 Mr. Sit and Judges Prepare to Hand Out Awards 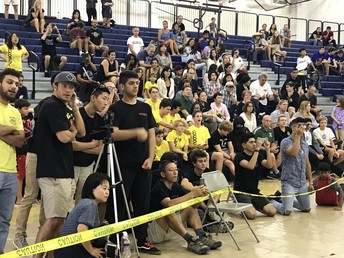 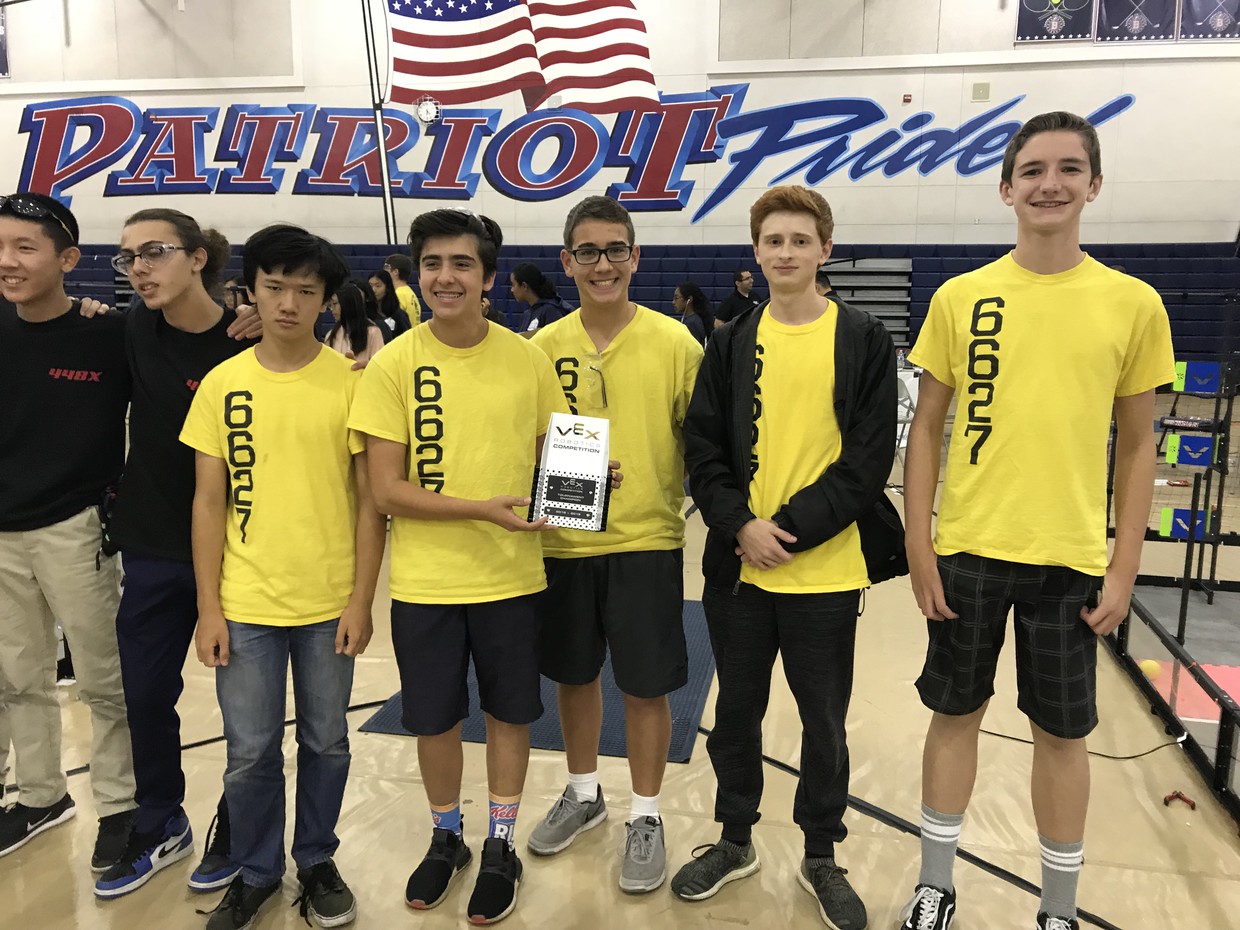 All three Foothill Knight Time Bot Teams made it to the semi-finals with Teams A and B squaring off in the last final match. Team A took home the tournament champion trophy and the first TUSD Robotics ticket to the CA State Championships. Way to go Foothill Robotics! 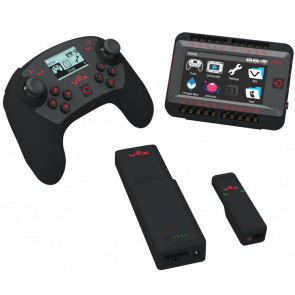 TUSD Robotics is about to transition to the latest technology in VEX Robotics. This highly anticipated rollout of the VEX V5 system includes smarter technology for the joysticks and cortexes (brain of the robot) reducing the number of sensors and other equipment we have used in the past. It also contains more powerful motors that should last longer and provide a fix for motor burnout we experience when the "legacy" motors become overheated. In May 2018, we began to collect legacy equipment to participate in a trade-in system that allowed us to purchase a V5 bundle and 10 motors for every secondary team at a 50% discount. We are extremely grateful for the support of TUSD and Assistant Superintendent Dr. Grant Liftin in prioritizing funds to help transition every secondary team in TUSD to V5.

Unfortunately, VEX underestimated their ability to produce enough equipment to supply all of their orders. Due to the fact that TUSD Robotics has 36 secondary teams, it looks like it might take the rest of this season to receive everything we purchased. VEX is so short on V5 motors, they are only sending 4 motors per V5 bundle until they have fulfilled every trade-in order. This makes it even more difficult to transition since a V5 robot needs a minimum of 8 motors to compete.

Currently, there are 4 V5 bundles that are headed to TUSD of the 36 we ordered. It will take 2 V5 bundles in order to build a robot due to the motor shortage. As of now, the plan will be to provide each program who would like to transition this year with 2 bundles as they come in, beginning with the high school programs. Some schools will wait until next year to begin transitioning since it takes such a long time to build a robot.

At this time, it is important that all teams design and build robots using legacy equipment. Do not plan on transitioning to V5 this year at all. For the robotics programs who would like to begin troubleshooting and experimenting with V5, I will let the coaches decide which students or teams would be best suited for this job. However, the plan is that the robots we compete with during the qualification season will be legacy robots. It is most likely that V5 equipment will be used to build new robots for the teams who qualify for the CA State Championships.

We have one more challenge with V5 and that is we will need to learn a new coding language and platform. The chosen platform for TUSD Robotics will be the VEX Coding Studio. Students are free to choose a different coding platform, but the resources provided to help with this transition will all be for VEX Coding Studio.

To learn more about V5 and begin researching V5 coding, please use the resources below: 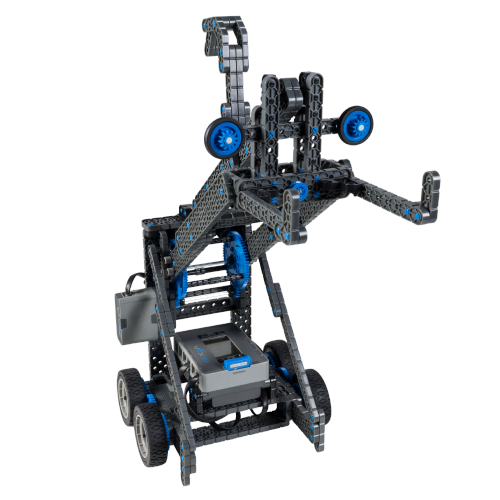 Flex is the robot pictured above that elementary VEX IQ teams will be building this year to start off their robotics season. Each year, VEX provides directions for a VEX IQ robot that can be used to play the official game. This year's VEX IQ game, Next Level, requires the robots to pick up and stack hubs as well as hang on a bar at the end of the match. Flex does a very good job at playing this game. However, students may find ways to innovate and improve their Flex robots to make it play the game even better!

Here is a link to the directions for building the Flex Robot.

Have a Great Robotics Season! 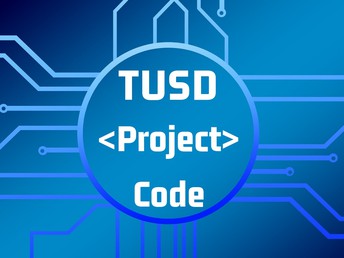 A special thanks to the Tustin Public Schools Foundation and TUSD for your continued support of the TUSD Robotics program.