What is a tsunami?

As the earth's tectonic plates move, they often snag on each other, and when this tension releases, it triggers an earthquake. If the epicenter of the earthquake is over an ocean, it can create a giant, rapidly moving wave. These waves have been recorded at over 1,000 feet high and can crash dozens of miles inland. 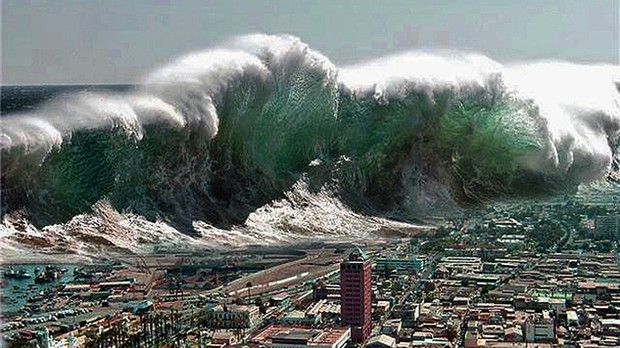 On Boxing Day 2004, a magnitude 9.2 earthquake occurred off the west coast of Sumatra. The earthquake was later determined to be third largest ever recorded. The earthquake triggered a tsunami that would be recorded as far away as South Africa. Closer to the epicenter, the wave caused massive damage, and resulted in 230,000 deaths, primarily in Indonesia, Sri Lanka and India. Aftershocks would continue to devastate the Indian Ocean basin and would occur as far away as Alaska.
Most Unbelievable footage of Japanese Tsunami I have seen so far (taken from helicopter)

On March 11th, 2011, a magnitude 9.0 earthquake occurred roughly 30 kilometers off Japan's east coast. The earthquake itself caused significant damage, but after the wave hit and all was said and done, their were over 15,800 deaths. The tsunami was also significant for triggering a nuclear meltdown at the Fukushima Nuclear Reactor in the Sendai region of Japan, which many fear could have long term health effects on the environment and personal health of the citizens on Japan's east coast. 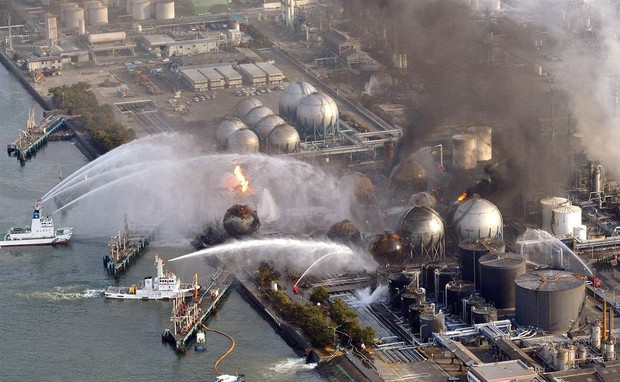