News for the week of October 15th

News for the week of October 15th

Didn't make it to the Book Fair? Order online!

If you were out of town or couldn't make it to last week's Fall Book Fair, you can still help support our school by shopping online. The online fair closes on October 20th. The online fair has an expanded book selection, and all orders ship free to the school!

To visit the online Book Fair, go to http://onlinebookfairs.scholastic.com/default.aspx?f=3008881.

Are you collecting Box Tops?

Fork Shoals School is collecting Box Tops! All you need to do is clip Box Tops and put them in the box in your classroom (or send them to the library collection box). Each Box Top is worth ten cents for the school library. The class that collects the most Box Tops will receive a popcorn party. Which class will collect the most?

The due date for the Fall collection is Tuesday, October 23rd.

If you'd like to learn more about Box Tops for Education, visit http://wwwboxtops4education.com.

Book of the Week: Belly Up by Stuart Gibbs

Belly Up, a nominee for the 12-13 South Carolina Children’s Book Award, takes place at a zoo/theme park called FunJungle in central Texas. Now, at first glance, this theme park is the ultimate vacation destination. Really cool animals, Disney-esque merchandising, and loads of family fun. But something isn’t quite right at this attraction, and our main character is about to find himself in his own kind of zoo…one that could endanger his very life.

Teddy Fitzroy, a kid who spent his first ten years in the Congo, basically lives at FunJungle…which isn’t nearly as fun as it sounds. His mom works with the primates there, and his dad is a wildlife photographer. While they’re busy with their jobs, Teddy spends his days wandering around the park…and getting up to a little trouble (like arming chimpanzees with water balloons).

When Henry the Hippo–FunJungle’s star attraction, mascot, and all-around bad-tempered animal–ends up “belly up,” Teddy is immediately suspicious. He smells something rotten…and it’s more than a dead hippo. Teddy begins investigating the death on his own, and he quickly discovers that more is going on at FunJungle that he ever realized. With the help of the zoo owner’s daughter, Summer, Teddy learns that lots of people wanted Henry dead, and whoever killed Henry may now have a new target…Teddy.

Teddy’s been asking lots of questions, and he may be getting too close to the truth for comfort, so someone is doing everything they can to shut him up. Teddy is scared, but he’s also determined to uncover the truth about what happened to Henry the Hippo…and several other animals that have died under mysterious circumstances. He doesn’t know who he can trust, but he does know that it’s up to him to uncover the truth before anyone else–animal or human–is harmed. Can Teddy discover who’s behind the mayhem at FunJungle, or will he be the next one to go “belly up?” Read Belly Up by Stuart Gibbs to solve the mystery! 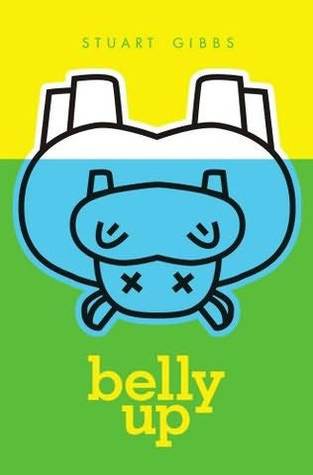 It’s time for the fall clothing swap. The swap will be on Thursday, October 18, from 8:00 AM-4:00 PM in the cafeteria. We will be collecting gently used clothes, shoes, jackets, even Halloween costumes for children and adults (preferably from a smoke-free home). You may bring in any items you have to donate and leave them on the stage in the cafeteria. Then be sure to come back on October 18th to see what you can find. The clothing swap is completely free and open to everyone, even if you were unable to donate any items. Any items remaining after the swap will be donated to local charities.