Come to the Beaches!!!

Come to the Beaches!!!

It is very hot there. It doesn't get colder then 60 degrees F. In the winter it is 73 degrees F.

It gets to be 80 degrees F. in the summer. The only time there is hurricanes is between June and November.

Puerto Rico even has a nickname. "Isle of Enchantment."

There is an animal called a Coqui. It is named that because that's the sound it makes. Parrots are another animal that lives there. They are very rare. There are also snakes like the boa. They're iguanas. Also coral reefs. They don't seem like an animal, but they are. There are manatees, too. They live in the lakes and around Puerto Rico. There are lots of other birds there besides parrots. There are caves and bats live inside them. Piranhas have razor sharp teeth. Lots of geckos live there, too.

Guaranteed to be relaxing and fun! 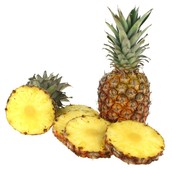 There are many kinds of tropical fruits. There are Limbers there favorite fruit and mangos, guavas, coconuts, and pineapples.

They eat seafood because they are surounded by water. They eat fish and shrimp and lots of other seafood.

There are 4 land regions. Coastal Lowlands, Coastal valleys, central mountains, and Foothills. The closest islands are Virgins islands and Hispaniola. It is 1 island made of smaller islands. There is a tropical forest.

There are lots of cool things about Puerto Rico!!!