Our Last ET's of the Fall

It was COLD on Thursday but one group still braved the outdoors! Please remember that at Brooklyn Collaborative our field work happens year round. This means students need warm coats, hats, boots and mittens on outdoor ET's. Major kudos to the 7th grade staff and students who didn't let the cold air stop them.

In 6th grade, students applied their recent study of fractions, decimals, percents, and ratios to a variety of real world problems and concepts. All day long students were actively engaged in math problem solving. They worked collaboratively and were persistent tackling different problems throughout the day. 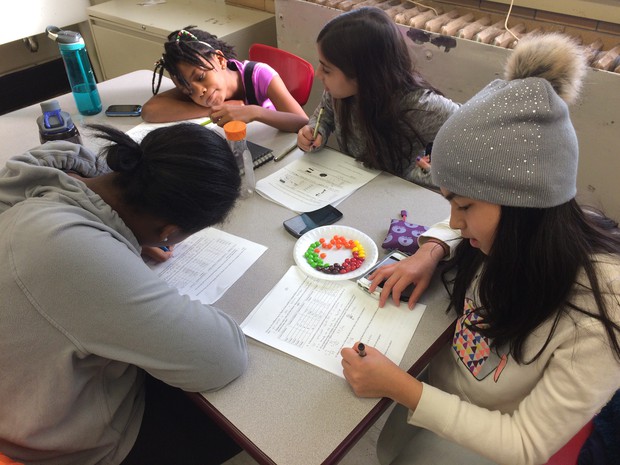 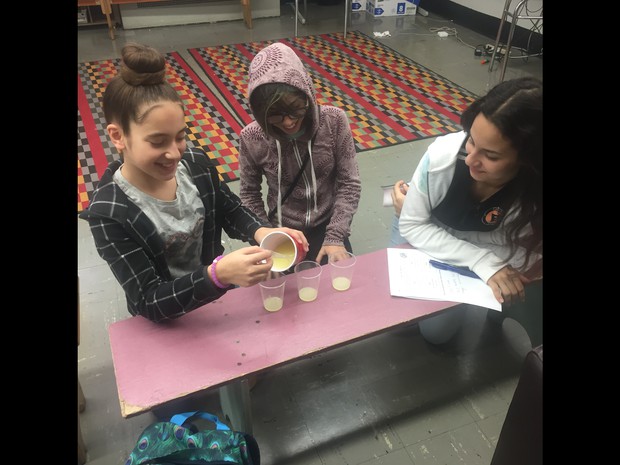 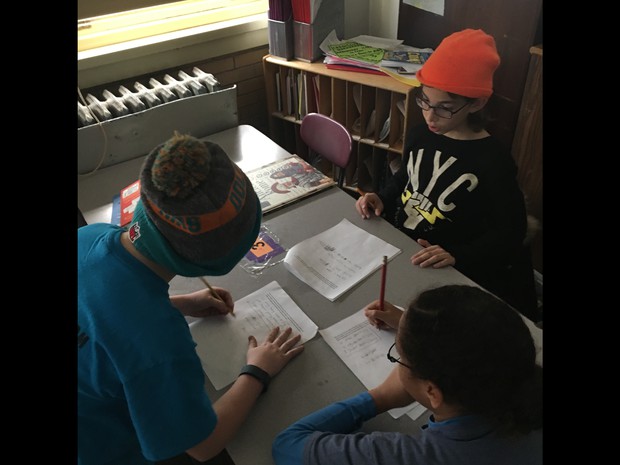 In 7th grade ELA students have been looking a media bias and advertising that supports the sugar industry as a part of their expedition, Sugar, is it worth it? Thursday, 7th graders braved to cold to look at, "larger than life" advertising in Times Square.

Students started the day by learning a bit about Times Square. Did you know that every day more than 360,000 pedestrians pass through Times Square. The Times Square Alliance estimates that between 40 and 50 million tourists visit the site each year. During the New Year's Eve ball drop, more than one million people crowd the 10 block area. Times Square also shows up in movies and on television shows, including morning talk shows that have studios in the heart of Times Square. This means there are more than 150 million views of the various advertisements in Times Square per year!

They then took photos of various advertising campaigns and brought these back to Brooklyn Collaborative to analyze them and discuss propaganda techniques such as: the use of repetition, the use of loaded words, the misuse of statistics, celebrity testimonial and more.

Despite temperatures in the mid 20's, students came back all smiles. 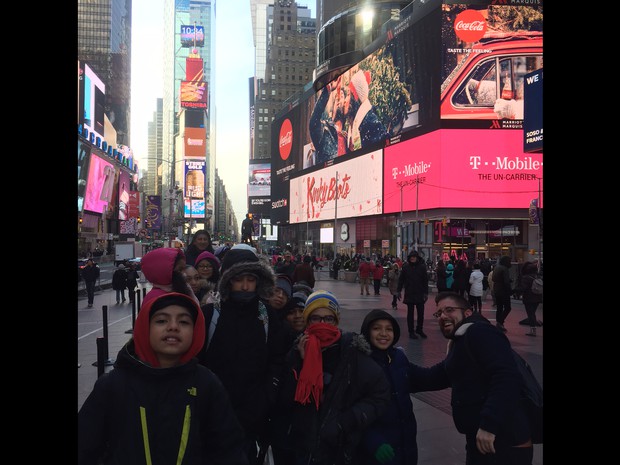 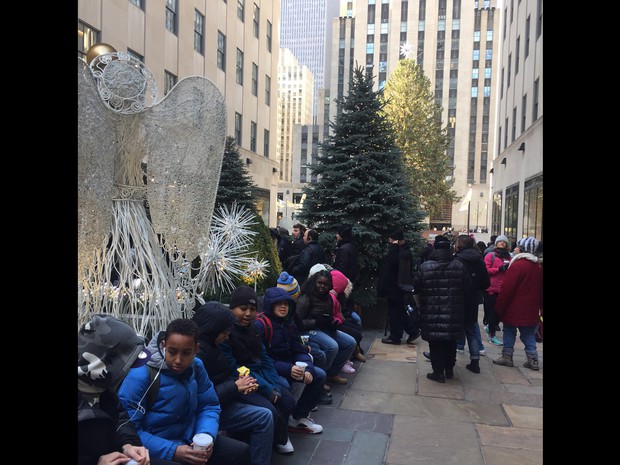 Students in grade 8 culminated their reading of Native Son by Richard Wright with a heated debate that answered the question: Who is responsible for the death of Mary Dalton, Bigger Thomas or Society?

Students arguments were articulate and passionate. They skillfully used evidence from the text but also took their arguments beyond that to analyze societal factors at play. They argued about the role of race, of class and of gender at that time. They spoke of W.E.B. DuBois and the theory of double consciousness. They also spoke of the art of Jacob Lawrence and how this reflects the societal issues that impacted Bigger Thomas. 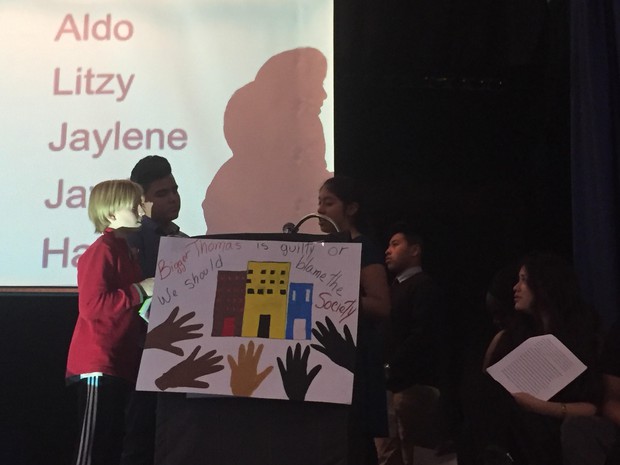