Saad is using Smore newsletters to spread the word online.

Get email updates from Saad:

Toronto: The City of Plenty

Canada's right for boasting about their land use

Toronto: The City of Plenty

Canada's right for boasting about their land use

How does Toronto optimize their living space?

Just above the border, Toronto is known as Canada's "Americanized" city. High traffic congestion, high population density, but unlike other American cities, an amazingly planned out and elaborate use of land. Recreation, institutional, residential, and industrial areas can all live here in harmony. See why Toronto is the best place to be!

A perfect example of their recreation, the artifacts and displays can even be compared to the Smithsonian's. Ranging from Ancient Egypt to the depths of nature, the amount of olden secrets are in just one building.

This street manages to display Toronto's busy and crowded life. It shows that a high amount of people live in this area, making it very well-known. Seeing that so many people live their lives here, it only shows that the amount of shops here make a fine lifestyle. 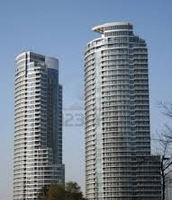 Toronto is famous for its high-rise apartments. These spacious and luxurious homes make the ideal living space for city-lovers. In the winter, people can use a direct entranceway to the underground city, so that they can also live a normal life without having to go out into the harsh weather.

Saad is using Smore newsletters to spread the word online.