We have turned a corner in Week 3 with the robot builds! This week we have seen some action on the game fields for both middle school and elementary courses. We have been dissecting game manuals to help make sense of the game rules and the mentors are showing much dedication to the teams they are working with. 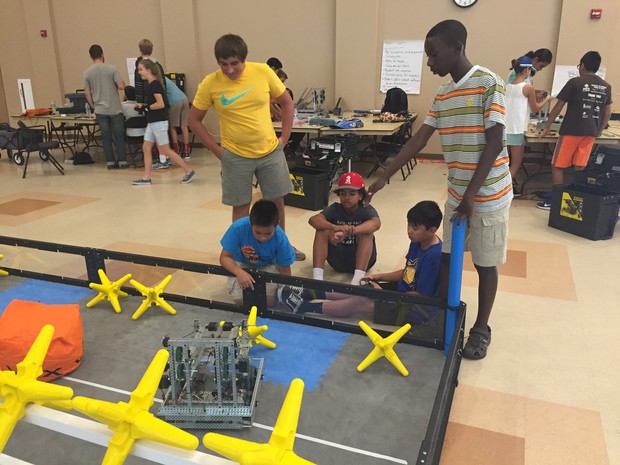 Utt and Pioneer: First Middle School Teams on the Field

Below is a video of the first attempts to drive the new robots on the field. This allows teams to make many improvements to their design as well as work on autonomous programs in the last remaining days of robotics summer camp. The autonomous programs run for the first 15 seconds of each match without driver control. The winner of the autonomous period receives only 4 points this year compared to the 10 points in years past. The other four middle schools are all close to testing their robots on the game field. Many have already done complete redesigns of their original idea after much building and testing. This is completely normal and will probably happen again later in the season!
First on Field

The relationships the HS mentors are making with the middle school an elementary students are helping students emotionally as well as physically. Robotics can be difficult when ideas do not work how you think they might and when technology does not work they way it should. The HS mentors' experience with this troubleshooting process helps to keep teams calm and able to work methodically through their robot's issues. The mentors have really jumped in this week to help direct all teams to complete a robot that can score at least one point by the end of next week. 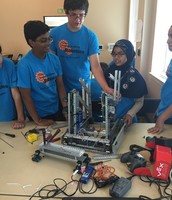 Elementary Robotics on the Move

The elementary classes had their first chance to play the official game crossover this week. This year's game requires a variety of skills including balancing on a bridge with another robot at the end of the game for 25 points! Our mentors are timing the games and giving advice on strategy as students become familiar with driving and playing the new game. 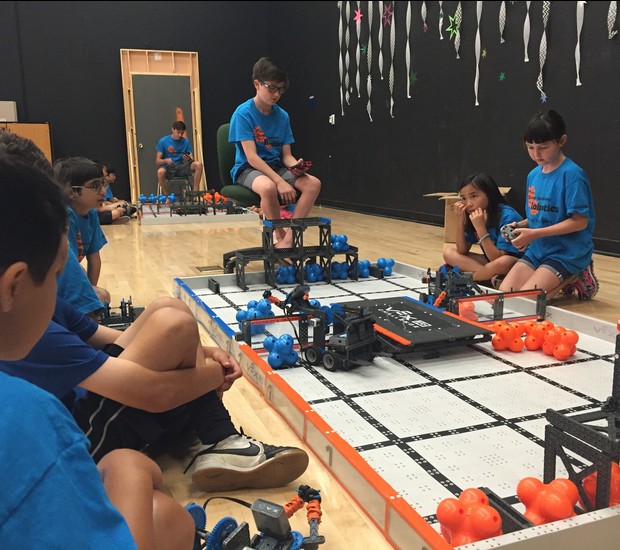 A Lesson on Fixing Broken Motors

Mr. Hernandez from Tustin High School visited this week to teach us how to fix all of the broken motors we accumulate. These skills are valuable to all of the school sites who have had to replace broken motors in the past when wires pull out or pins break off. Coaches will be thrilled to get many repaired motors in the Fall and the HS mentors have a valuable new set of skills! 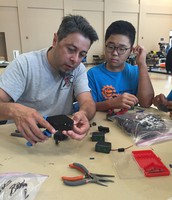 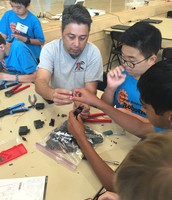 Thanks for another great week!