THE NEW BEIT CHAVERIM YOUTH BOARD! 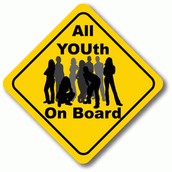 This week's parsha is Parshat Noach. Below is a recap of the entire parsha.It is imperative that you go over this recap with your child, as we will be asking questions based on it. FRIDAY NIGHT at dinner is an AMAZING time to do this with the family! This will help our youth program be the best it can possibly be! Additionally there is a youtube link of some very cool insights for children that I am sure they will love!

Ten long generations after Adam and Eve, we meet Noah who is the hero of this week’s parshah. The people who lived at the time of Noah were not honest -- they stole, robbed, told lies -- you name it, they did it. They were wicked and did not follow in G-d’s ways. The only righteous person in the whole generation was Noah. G-d tells Noah that He is planning on destroying the entire world by bringing a great flood.

G-d tells Noah to build an ark -- a teivah -- where he and his family as well as any people who will repent could escape from the flood. It takes Noah 120 years to build the ark -- do you know why? G-d wanted to give a chance to the people to repent, so Noah builds the ark very, very slowly, and whenever people pass by his yard and ask him what he is doing, he says: "I am building an ark, because G-d will destroy the world if you do not repent. Repent, there is still a chance! Start behaving honestly and become good people!" But the people laugh at Noah and don't take him seriously.

Sadly, the day comes when G-d tells Noah to go into the ark with his three sons and their wives, as well as to take a male and female of every single type of animal and, of course, food and water for everyone. When Noah seals the ark, drops of rain start to fall, which slowly became bigger and bigger. G-d still wants to give a last-minute chance to the people to repent, to show that them that this is real, but they do not change their minds. The rain becomes a flood which lasts 40 days and 40 nights. The entire world is covered in water, and everything is destroyed.

When the flood is over, the earth is still covered with water and the teivah floats around for a long time. After another 150 days, it finally settles on Mount Ararat and Noah sends a raven out of the ark and then a few doves to see if there is dry land yet. Finally after a few weeks a dove comes back with an olive branch in its beak. Noah understands that the earth has dried, and finally G-d commands him to exit the ark. When he leaves, Noah builds an altar and offers sacrifices to G-d to thank Him for sparing his life. G-d swears that He will never again destroy the entire world and uses the rainbow as a sign.

For the next ten generations, everyone speaks the same language and has the same customs. At one point, though, a large group of people get together and decide to build a tower with which they could "reach into the sky" to show that they are as powerful as G-d. At this point, G-d makes all the people speak a different language, so no one can understand one another and there is a great mess. Their project comes to a halt, and the people separate into different nations.

Can You Name This Man??

Can You Name This Man?