Tomorrow is International Women's Day. This year’s theme is pledge for parity, inspired by the World Economic Forum’s predictions that, at the current pace, the world will not close the global gender gap for another 117 years. In Nigeria, people are taking to the streets of Lagos to walk against gender-based violence, while in India female sherpas will lead tours of their favorite parts of Mumbai. London is hosting the Women of the World festival, and thousands of other events will take place across the world. 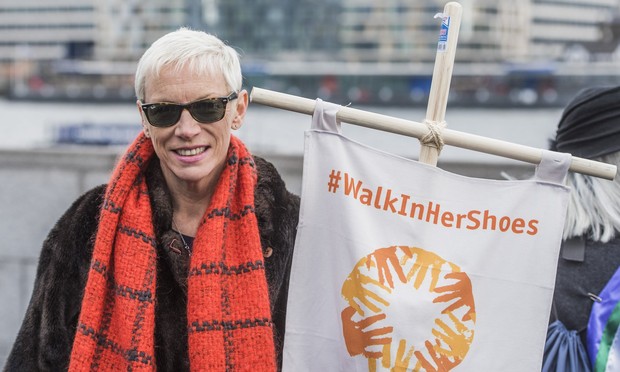 This year's Human Rights Watch film festival also starts this week in London, before continuing on to six cities including Nairobi, Toronto, and here in NYC (June 10-19)!
The festival's creative director, Biaggi, says “the standout themes this year are censorship and freedom in China, migration and the refugee crisis, artists as agitators, as well as lesbian, gay, bisexual and transgender, children and women’s rights.” ♧

Speaking of film's impact, A Girl in the River's Oscar win is giving Pakistan a perfect opportunity to end impunity for relatives who murder women seen as a source of family dishonor. Currently, a loophole in Pakistan’s law allows perpetrators to go free if the victim – or the victim’s family – “forgives” them. If it is the family that commits the "honor killing" to begin with, then authorities have to drop the charges. Every year in Pakistan, more than 1,000 women’s and girls’ lives are violently cut short, supposedly in the name of honor. According to the Human Rights Commission, such killings rose by 15% between 2013 and 2014. Obaid-Chinoy’s film and its Oscar win have brought the issue back into the public consciousness and activists are using the momentum to try and have the law changed. ♧

An audit by the Global Fund to Fight Aids, Tuberculosis and Malaria, published on Friday, said millions of dollars remained unspent in Uganda even though drug shortages were common in health centers. For a country often pleading limited resources for providing decent healthcare, the findings suggest that a big part of the problem could be government deficiency. Among other recommendations, the audit proposed that the government presents a plan to improve administration of the grants, and convenes a review to establish the number of people who will need HIV and Aids treatment. ♧

There was a landmark verdict in Guatemala City this past week, when after 20 days of dramatic testimony, a retired army officer and a former paramilitary were convicted on Friday of sexually enslaving 15 indigenous women during the country’s civil war. The women will be awarded compensation for the long-term physical, psychological and economic harm suffered. After more than 30 years, the court declared: “We believe you … it wasn’t your fault … the army terrorized you in order to destroy your community.”

The ruling marked the first time anyone had faced justice for sexual violence during the conflict – and the first time anywhere in the world that sexual slavery perpetrated during an armed conflict had been prosecuted in the country where the crimes took place. Depicted below, female victims of sexual slavery covered in scarfs raise their hands in solidarity at the verdict. ♧ 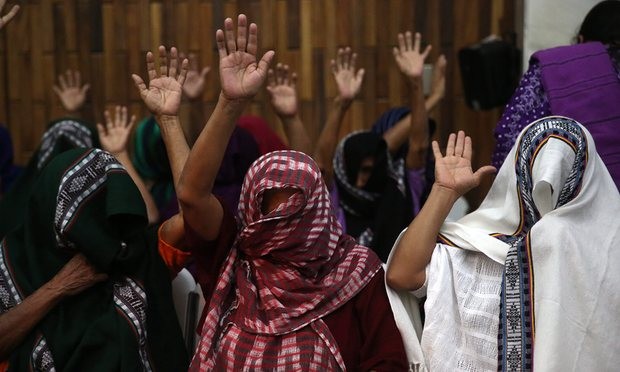 In light of the verdict, an article was released this week about implementing laws to ban the sexual violence that is an unfortunate systematic and strategic tool of war – not simply a consequence. Extremist groups such as Isis and Boko Haram use sexual violence because it disrupts and further destabilizes families and communities, and stigmatizes women. This article lays out the steps that should be taken immediately to address conflict-related sexual violence.♧

On a lighter note...
This Wednesday is a special time-traveling total solar eclipse. The spectacle will begin on March 9 and finish on March 8! The moon’s shadow will first fall over parts of the Pacific on Wednesday morning local time, and then cross the international date line and appear visible on Tuesday afternoon local time! ♧

The San Francisco Exploratorium will live stream the total eclipse from Micronesia on its website. Also, Jupiter will be at opposition Tuesday, allowing stargazers everywhere to see the planet at its brightest in the night sky without needing a telescope.

Have a lovely week, and see you Thursday.