Come help support the BEA ESP Steering Committee and the IEA's Children's Fund at Barnes & Noble starting Thursday, December 15th and continuing until Tuesday, December 20th. Please present a copy of this voucher prior to making your purchase(s) and Barnes & Noble will donate a percentage of the net sales to us. The proceeds will go to supporting professional development for BEA ESP members and to the IEA's Children's Fund.

The BEA celebrated ESP's across the district on November 16th, celebrating all of the tireless and wonderful work that you do for our teachers and students. We appreciate everything that you do and hope you feel like the superheroes that you are! 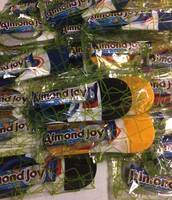 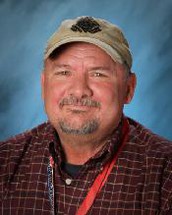 Paul Nichols had a career of looking after the welfare of military jet pilots by keeping their fighter jets in tip-top shape while serving in the Idaho Air National Guard for 31 years. He now continues to look after the welfare of others, but today, it is not the military jet pilots that fly over Saudi Arabia, Turkey and Kuwait, but rather, students at Horizon Elementary as a Behavior Support Specialist.

After retiring from the military, Paul attended Boise State University and received his college degree in Bachelor of Arts in Art Education. Having immersed himself in art most of his life, he thought of taking a break from his fine arts accomplishments and found an opportunity at Horizon Elementary to be a Playground Supervisor. The rapport Paul had developed with students during his first year at Horizon Elementary, led to his next position the following year, as the school’s Behavior Support Specialist. He discovered many students needing positive role models and Paul hoped to counter-act negative behaviors by enhancing their learning environment with positive influences. As Paul is now in the middle of his second year as a Behavior Support Specialist, his goals are to be as successful as possible in promoting positive relationships with students and staff at Horizon Elementary.

Paul’s wife Pam is also a member of the team at Horizon Elementary as an ELL Paraeducator. There are times during the day that their jobs cross each others paths! Both firmly believe that being parents and grandparents have assisted them establish relationships with their students.

When asked why he joined the Boise Education Association, Paul answered that there were several reasons. First, there will be an opportunity when you will want and need to receive support and resources from a professional organization such as the BEA. Secondly, “There is a safety net of support and counsel if needed in my position as a Behavior Support Specialist.” Lastly, “The BEA is an incredible value for peace of mind and for the many discounts on goods and services. It definitely enhances ones confidence in their school career.”

This school year the ESP Steering Committee has been busy with after school socials designed specifically for ESPs. Schools such as White Pine, Grace Jordan, Hillcrest, North, Whitney, and Fairmont hosted the events in their faculty lounges and invited the BEA out to talk about the benefits of ESP Membership, the savings and discounts that comes with being a BEA Member, as well as discuss any concerns that ESPs are facing within their building or district.

The conversations were great, and the steering committee is evaluating all concerns that were given. The ESP membership with the BEA has increased significantly over the past year, and it continues to rise.

Currently the BEA has 127 ESP Members; this is a great achievement for the BEA as well as the ESP Steering Committee. We are looking forward to our spring membership to continue to expand our family of ESP members. If you have any ESPs that are curious about the BEA or would like more information, please let us know. We would love to visit and answer any questions that we can.

Numbers at a glance:

Did you know you can have access to hundreds of eBooks and eAudio books? The district library department provides accounts and access to all district staff.

If you would like to request a library account (staff accounts are not automatically generated), please click here and you will be contacted once it has been created.

For more information about how to access the eBooks and eAudio books, click here for easy step by step instructions or ask your librarian! 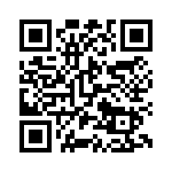 To view this newsletter live, scan the barcode to the left or go to: https://www.smore.com/ph56c

Facebook
620 N 6th St, Boise, ID 83702 info@boiseea.org (208) 345-4450 boiseea.org
Embed code is for website/blog and not email. To embed your newsletter in a Mass Notification System, click HERE to see how or reach out to support@smore.com
close
Powered by Smore
Powered by Smore