The scientific revolution was the emergence of modern science during the early modern period, when developments in mathematics, physics, astronomy, biology, medicine, and chemistry. Many of the discoveries that came with the change are still being used and improved on to this day.

Who were the people associated with the change? 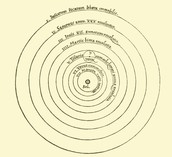 After he completed all his studies he returned to Warmia , where he lived for another 40 years. He thought that the geocentric theory made no sense so he later came up with the heliocentric theory stating that the earth and other planets revolved around the sun , also that the sun was the in the center of the solar system. He did not publish his work quickly because he knew the scholars would reject his theory because it contradicted religious views. He overlooked the rejection and wrote a book called " De Revolutionibus Orbium Coelestium " he explained here why we had seasons because the earth rotates on it's axis he correctly placed all the known planets at the time too he died before his book was published.

He was considered a key figure in the scientific revolution. Kepler is best known for his eponymous laws of planetary motion. He was also a mathematician, astronomer and astrologer in Germany. The three laws were:

1.The orbit of every planet is an ellipse with the Sun at one of the two foci.

2.A line joining a planet and the Sun sweeps out equal areas during equal intervals of time.

3.The square of the orbital period of a planet is proportional to the cube of the semi-major axis of its orbit. 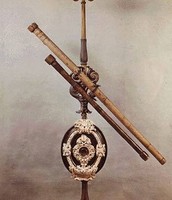 Known as "the Father of Modern Science" for improving the telescope. Made discoveries that shattered Airstoles theory about the moon having an irregular surface. When the church heard about Galileo stating that Copernicus theory being true the people started to question the church. The church wanted Galileo to say in the court that Copernicus ideas were false. Some of his discoveries were discovering Jupiter's 4 largest moons Saturn " bumps " which were later to be seen as rings , the phases of Venus and Mercury. 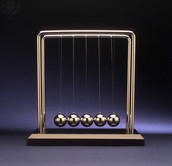 Was an English physicist and mathematician. He was also a key role in the scientific revolution. Known to have made one great discovery by defining the laws of motion. Newton came up Newton's 3 laws of motion. His discovery occurred when he saw an apple fall. The 3 laws were:

1.Every object in a state of uniform motion tends to remain in that state of motion unless an external force is applied to it.

3.For every action there is an equal and opposite reaction.

Due to the discoveries these scientist discovered we found out many things about the universe we live in. We are constantly improving on these ancient inventions. Some of the inventions we use still to this day is the telescope, microscope, the scientific revolution, barometer. We still have so much more to discover and learn.

Follow Jennifer Avila
Contact Jennifer Avila
Embed code is for website/blog and not email. To embed your newsletter in a Mass Notification System, click HERE to see how or reach out to support@smore.com