In this part is when they were in the middle of the war and the Americans are winning.

Right here is when John stark is giving a speach to everyone after the war.

And in this picture it is near the beginning of the war when only a few Americans died at this time.

Here are insteresting facts about the Battle of Bennington

~John stark was the Americans General

There now you know a little bit about what is going on. 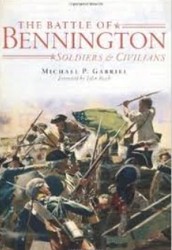 Most of the time it was cold, like very cold but that's why all of those men war a big coat or they just sat there in the cold.

the Settings and Dates

The Americans and Generals

The British and Generals

So many things to know about the British Generals and there but here's a few more things to know. 207 people were killed in from the British and 0 wounded 700 captured, -80 degrees Fahrenheit cloudy rain and thunderstorm the force was 1,400 outside. The amount of people killed is 207 also Fred bom and Generals. For the British Is John Burgoyne, size 650 his army went down lake champane and captured American forts. They needed supplies they collected a lot things to bring back to there forts.

Burgoyne died on on 8-4, 1792 the Americans attacked at dawn after two unsuccessful battles Bom serenderd the British understated the Americans! Now you know a lot about the British and Generals

VOCTORY~ someone or something they wins something (suck as a war)

GENERALS~ a person or thing in charge of one another