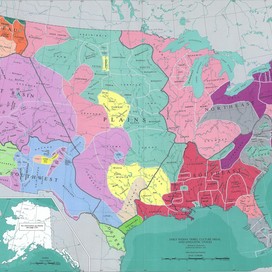 Get email updates from APUSH: 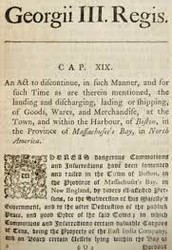 The Intolerable Acts were the American Patriots' term for a series of punitive laws passed by the British Parliament in 1774 after the Boston Tea party. They were meant to punish the Massachusetts colonists for their defiance in throwing a large tea shipment into Boston harbor. (Page 168)

Mercy Otis Warren was a political writer and propagandist of the American Revolution. In the eighteenth century, topics such as politics and war were thought to be the province of men. Few men and fewer women had the education or training to write about these subjects. Warren was an exception. During the years before the American Revolution, Warren published poems and plays that attacked royal authority in Massachusetts and urged colonists to resist British infringements on colonial rights and liberties. (Page 202)

Abigail Adams was the wife of John Adams and the mother of John Quincy Adams.Adams's life is one of the most documented of the first ladies: she is remembered for the many letters she wrote to her husband while he stayed in Philadelphia, Pennsylvania, during the Continental Congresses. John frequently sought the advice of Abigail on many matters, and their letters are filled with intellectual discussions on government and politics. The letters serve as eyewitness accounts of the American Revolutionary War home front. (Page 258) 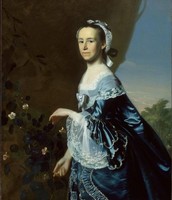 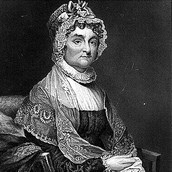 On March 6th, 1780 the legislature of Pennsylvania passed a law which prohibited the importation on slaves and established that all children born in the state were free regardless of their race or condition. This act was one of the first attempts to abolish slavery in the western hemisphere. (Pg 198)

After the American Revolution, it encouraged the French to spark their very own revolution and overthrow their monarchy in 1789. The revolution came about because of resentment of the privileges of the aristocracy and the taxation policies of the French government on its people, despite years of bad harvests, to help relieve national debt. (Pg 219)

The Northwest Ordinance of 1787 created the territories that would eventually become the states of Ohio, Illinois, Michigan, Indiana, Minnesota, and Wisconsin. The ordinance also prohibited slavery and earmarked funds from land sales for the support of schools. Additionally, it appointed congress to issue a governor and judges to administer each new territory until the population reached 5,000 free adult men, by the time the population reached 60,000 on a territory, the legislature could devise a republican constitution and apply to join the Confederatioon. (Pg 201) 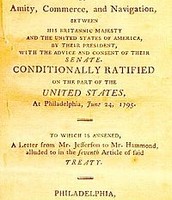 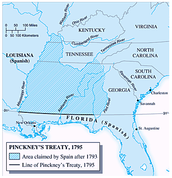 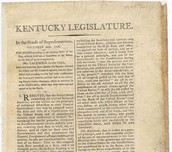 Jay's Treaty (1795) was between the United States and Great Britain that resolved issues with the treaty of paris (1783; ended the American Revolutionary War). Assisted with the peace ten years of trading with American and Great Britain.

Pinckney's Treaty otherwise known as the Treaty of San Lorenzo or the Treaty of Madrid, was signed in San Lorenzo de El Escorial on October 27, 1795 and created hopes of friendship between the United States and Spain.

VA and KY Resolutions (Thomas Jefferson and James Madison) were political statements drafted in 1798 and 1799 that argued that the federal government had no authority to exercise power not specifically delegated to it in the Constitution.

As a result to the French and Indian war coming to a close most land had belonged to Britain. With this Native Americans began to plot and decided to unite being a concern with Britain's newest conquered colony in 1763. Since American Indians had planned they had put it into affect. At the beginning the Ottawa had attacked Fort Detroit in May. Which had begun this rebellion yet ending in 1764 at the end of fall where Pontiac had surrender due to being attacked as well as tribes loosing hundreds of lives. (Page 153) 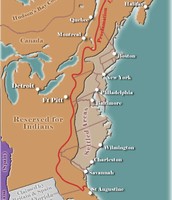 The line served as a boundary between the Indian country and the colonies. At first the purpose was to serve as a barrier but also had prohibited settlement. With this coming into play, the Proclamation Line had created three mainland colonies those of which were East Florida, West Florida, and Quebec. (Page 163)

Part of the British Parliament in 1756 the new act required a tax stamp on printed items such as newspapers. The act had also enforced a tax on legal and commercial documents. (Page 157)