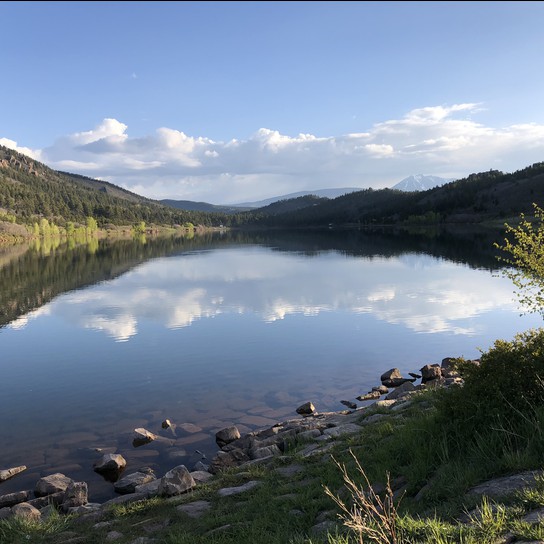 SMSD is using Smore newsletters to spread the word online.

Get email updates from SMSD:

The Information and Communication Technologies (ICT) department manages all aspects of technology for the students and employees of the Shawnee Mission School District. ICT places particular emphasis on supporting student access to technology, student engagement, and student achievement. Additional information on our approach to district technology can be found in "The ICT Technology Vision Statement".

From the Executive Director...

The Technological Singularity and Other Heady Considerations

This month's article discusses a concept that is both simple and complex. Seemingly easy to grasp on the surface it becomes highly challenging as one digs deeper.

Ray Kurzweil, noted author, computer scientist, and futurist, kicks off this article with a brief discussion of what happens after the singularity. In his video, he introduces the concept of Computronium. This is the idea that programmable matter can be used for computer modeling of real objects. This is different from today's 3D modeling. That modeling is a representation of only the surface of an object, real or imagined. Computronium is the idea that matter can be modeled in its entirety, and by doing so, unlocks an unimaginable amount of storage, knowledge, and power.

As humanity's development of AI increases in complexity, the AI itself becomes smarter and smarter, potentially without additional human intervention. At some point, AI becomes AGI and its level of "smartness" briefly matches then exceeds the level of "smartness" of all of humanity combined.

It's at this point that humanity witnesses the Singularity - our creation of intelligent, potentially sentient, artificial consciousness.

What happens to humanity after this point in time? Both Ray Kurzweil and Max Tegmark have published noted books on the subject. Kurzweil's book, "The Singularity is Near" offers very good information on what happens during the build-up towards the Singularity. Tegmark's discussion in chapters 4 and 5 of his book "Life 3.0" offer a menu of available outcomes, not all of which are good for humanity. In short, humanity either remains in control, becomes an unequal partner, or is forced into subordination of the super-intelligence that emerges on the other side of the Singularity.

As we roll through our daily lives, our interactions with technology are becoming increasingly complex while also becoming more difficult to separate from non-technical life. The advertising you see is a very good example, if not an oversimplified one, of how our lives are inextricably intertwined with the complex systems we've created for living a modern life. What we're pitched is becoming increasingly personalized to our tastes and predilections. Very few moments of daily life aren't touched, in some way, by these systems we've created.

According to Kurzweil and Tegmark, this is to be both celebrated and watched with healthy concern. As creators of these systems that are becoming more and more intelligent, humanity should remain engaged and relevant; observant of how our smart systems are growing and becoming integrated into our existential experience.

Overall the lessons we learn today by remaining engaged in the processes and systems that are becoming more and more intelligent will have a direct bearing on how humanity fares in the future.

We use Webex Teams for critical ICT announcements.

From the Customer Services workgroup...

In the private sector, staffing levels are closely tied to revenues. As profits increase, so too do the dollars available for increasing staffing levels. In the public sector though, revenues are more fixed. As personnel resource demands rise, dollars to fund increases in staffing, unfortunately, may not. As a result, we have to be a bit more “creative” to increase staffing levels. Consider this absolutely ridiculous oversimplification of a private sector scenario compared to a public sector scenario using a fictitious lighting company:

A “virtual” increase in staffing has occurred in the public sector scenario without having access to additional funds.

We are going to outline some real-world examples of our creative and virtual staffing increases down the road so to set the stage lets first take a step back and look at the makeup and purpose of the ICT Customer Services workgroup. Customer Services provides direct user support across a variety of hardware and software platforms in use at the district’s more than 50 locations. Customer Services serves as a unified entry point for addressing the technology needs of district staff, students and patrons. The Customer Services workgroup is formed through the efforts of 31 staff across four teams within ICT.

While the specific duties of each team differ, the teams are interdependent when it comes to supporting our customers.

Next time, we will focus on the nuts and bolts of staffing the Service Desk team. In subsequent issues, we will look at each of the other teams.

Tapping Into Your Inner Analyst

Dropping your MacBook down a flight of stairs or sharing your favorite drink across the keyboard are simple ways to invoke a visit from an ICT analyst. But what about those less obvious issues? Is an analyst visit always necessary?

We are always willing to assist but believe it or not, something as simple as restarting the MacBook might make a Skittles rainbow appear and allow you to carry on without needing further assistance. Restarting is a great first step and many times can be the last step needed!

You may have experienced your MacBook’s fan running excessively or battery charging issues. Maybe your MacBooks was sluggish or having trouble powering on and waking from sleep. Of course, you submitted a support ticket and within a few minutes of giving your MacBook to an analyst, it was returned and everything was working as expected. The experience was somewhat akin to taking your car to a mechanic for a noise only to have the noise suddenly stop. What may have actually happened is that the analyst reset your system management controller or SMC. It sounds pretty fancy but this is actually something that any user can perform in a few short steps. Here is how to reset the SMC per Apple’s support site:

The SMC is responsible for managing behaviors related to the following features. If you're experiencing issues with any of these, you might need to reset the SMC. 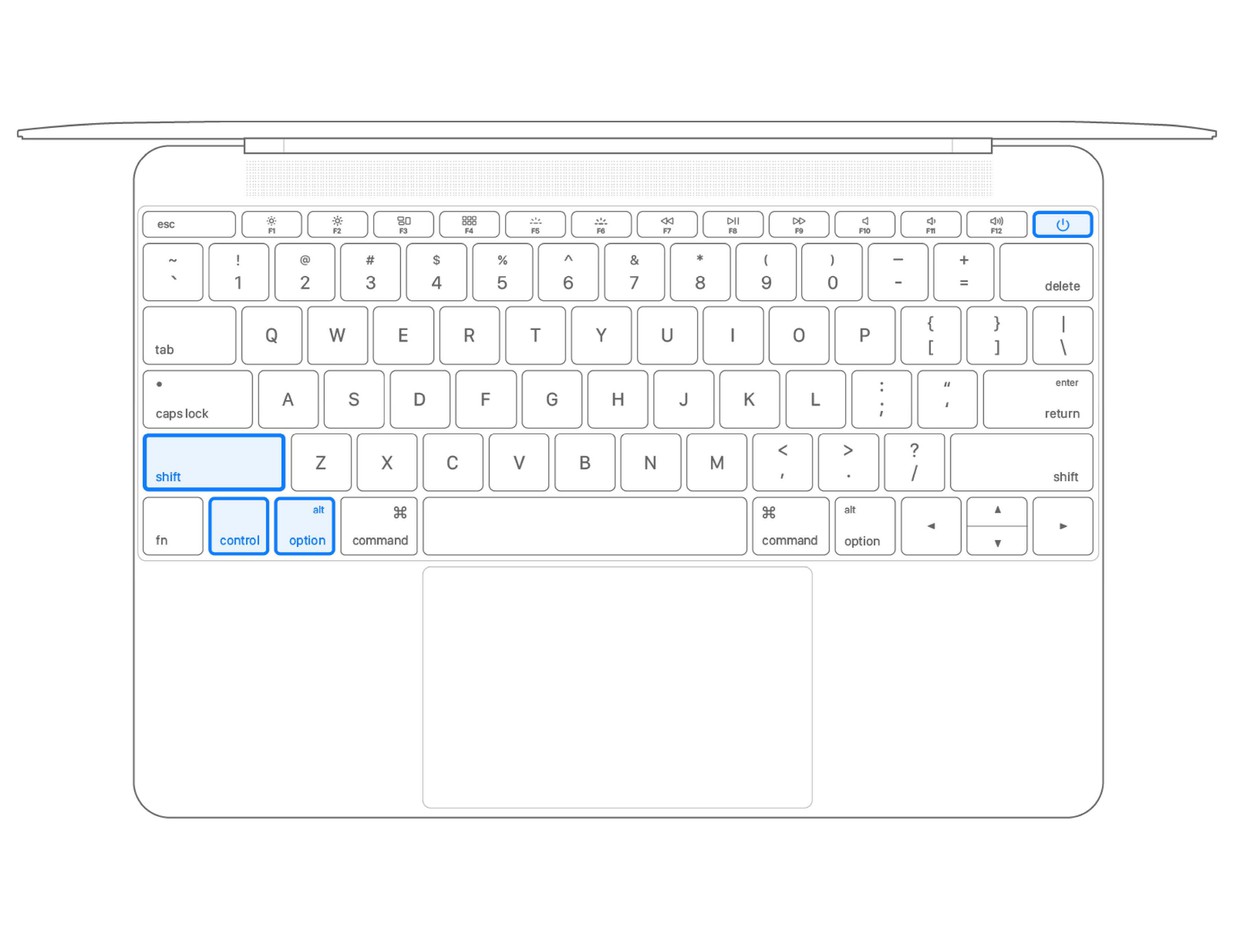 From the NIS, TS, and Security workgroup...

The Children's Internet Protection Act (CIPA) was enacted by Congress in 2000 to address concerns about children's access to obscene or harmful content over the Internet. CIPA imposes certain requirements on schools or libraries that receive discounts for Internet access or internal connections through the E-rate program – a program that makes certain communications services and products more affordable for eligible schools and libraries. In early 2001, the FCC issued rules implementing CIPA and provided updates to those rules in 2011.

CIPA Compliance and Cybersecurity: You Can’t Have One Without the Other

Adopting technology and cybersecurity strategies that ensure the goals of CIPA are upheld has become more important, albeit more difficult, as technology becomes prolific in the classroom and cyberattacks become increasingly sophisticated. IT teams have to combat ransomware, phishing attacks, and social engineering at the same time that the number of endpoints accessing their network rises. Moreover, the increase in device and bandwidth use that requires in-depth network security also means higher costs for IT budgets.

From the Data Services and Programming workgroup...

The advent of data analytics in education has revolutionized the landscape of the sector and has opened up a world of novel technological approaches that have radically transformed the model of traditional teaching and learning. Data analytics have now seeped into the nerves of education systems attaining groundbreaking and tremendous results.

How data analytics is shaking up the education sector

It’s been dubbed ‘the new oil’ and businesses around the globe are scrambling to exploit the repositories of data in their keeping, in a bid to extract actionable insights that can give them an edge on the competition.
But data technology is not the sole preserve of the big business world. Educational institutions around the globe are getting in on the act too.
Their embrace of data analytics and predictive modelling will have a significant impact on the way in which courses and institutions are marketed, curricula are structured and students are monitored and supported.
Read more from Brett Henebery’s The Educator article at
https://www.theeducatoronline.com/k12/technology/e-learning/how-data-analytics-is-shaking-up-the-education-sector/259565 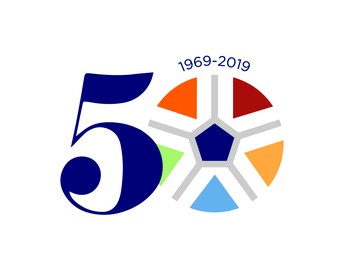 SMSD is using Smore newsletters to spread the word online.