The Pilgrims and the Puritans - "Leave us Alone"

The Pilgrims left England for Holland for a more understanding country to practice their religion, that ran afoul of the Church of England. However, Pilgrim leaders soon became concerned of the cultural effects that living in Holland was having on their children. That is, there was concern that Pilgrim children were becoming too "Dutchified". So in 1620 the Pilgrims set out to become part of the colony of Virginia - and missed. Thus began the Plymouth Colony, "a civil body politic", a place for those who rejected the Church of England and European cultural influences.

The Massachusetts Bay Colony was established was in 1628 for those who wanted to purify the Church of England (Puritans). Jon Winthrop in his sermon, "A Model of Christian Charity" saw Massachusetts Bay as becoming,

" a City upon a hill. The eyes of all people are upon us. Soe that if we shall deal

falsely with our God in this work we have undertaken, and so cause him to withdraw

his present help from us, we shall be made a story and a byword throughout the

However, the Puritans themselves were intolerant to the point of intensifying their isolationism and shunning Anglicans, Quakers, Baptists ... 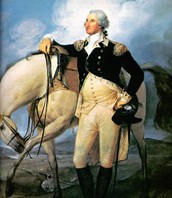 The United States' Proclamation of Neutrality in 1793 was a reaction to a continental war breaking out in Europe.

"Whereas it appears that a state of war exists

the United Netherlands of the one part and France on

the other, and the duty and interest of the United States

require that they should with sincerity and good faith

adopt and pursue a conduct friendly and impartial

toward the belligerent powers..." (Wikipedia)

In his farewell address (1796), Washington again struck an Isolationist tone calling for our young nation to avoid entangling European alliances that might lead us toward a future war.

Although it can be primarily seen as an American foray into international politics the Monroe Doctrine (1823) can also been seen as an attempt to isolate the world into hemispheres, each hemisphere closed and protected from intrusions of inhabitants from the other hemisphere.

“The American continents … are henceforth not to be

considered as subjects for future colonization by any

European powers.” (Office of the Historian - US Dept. of

There are today (2015) nearly 250,000 Amish living in the United States who isolate themselves from mainstream America in life often marked by simple living, plain dress, and a lack of modern conveniences such as automobiles or electricity.

Isolationism in the 1930s

The major components of these laws were

1. No travel on the ships of belligerents (a country at war).

2. No loans to belligerents.

3. No arms sales to belligerents.

The impact of these laws was lessened as we approached war with revisions popularly known as "Cash and Carry" and "Lend-Lease". 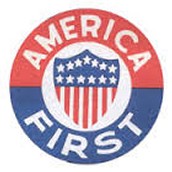 "The United States must build an impregnable defense for America.

The Nye Committee blamed United States' entry into World War I on international banking interests based in the United States and munitions makers ("merchants of death").

The Nye Committee reports aided in fostering isolationism in the United States and in the passage of some of the Neutrality Laws.