Who is most responsible for growing the power of the Supreme Court and why?

A Short Essay By

Judicial Review -- Who, What, When 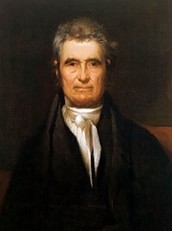 John Marshall led a successful career in politics before becoming Chief Justice. He was elected to the Virginia State Legislature and the Council of State in 1782, but left the Council of State in 1784 because it was decided that he could not be both on the Council and have a career in law. In 1788, Marshall was elected to a state convention to contribute towards approving the Constitution. He worked to get it accepted by Virginia. In 1797, he was made the United States minister to France, and sent by John Adams to deal reasonably with what is known as the XYZ Affair. Marshall was elected to the House of Representatives in 1799, becoming a leader among the Federalists and a rival of Thomas Jefferson. In 1800, Adams appointed Marshall to Secretary of State, and in January of 1801 he was selected for Chief Justice. He formally accepted the position on February 4 and served for 34 years, until he died.

John Marshall was a Federalist and believed that the Constitution was the United States’ most important law, to be followed to ensure rights, freedom, and liberty in America. While Federalists believed in loose interpretations of the Constitution, Marshall also believed it to be the most important law of the United States. Marshall thought that the United States needed one powerful central government instead of many state governments to strengthen the nation. Many Democratic Republicans, including President Jefferson, worried that the Supreme Court’s new power of judicial review would be used by the Federalists to weaken the states. Democratic Republicans believed in States’ rights and thought the ideal industrial America was composed of farmers rather than bankers, merchants, and investors, whereas the Federalists wanted large, powerful banks and businessmen. The Democratic Republicans also believed intensely in republicanism, the idea of the people ruling the country through chosen representatives. President Jefferson disagreed with many of Marshall’s political views, and protested him taking the case, saying, “The Federalists have retired into the judiciary as a stronghold.” But this power strengthened America as a whole and formed tighter bonds between the states. 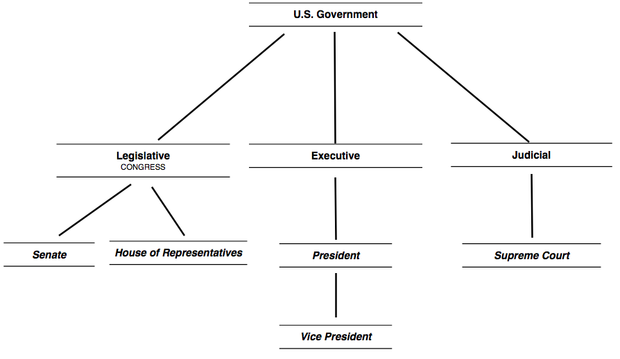 I did not use this source the most, but it is where I found the quote from John Marshall's written statement, " A law repugnant to the Constitution is void." It was remarkably difficult to find anything of this sort- quotes, letters, journal entries, etc.- of Marshall's.

I used this website for most of my information, though it did not offer a primary source.

I used the textbook to check the accuracy of my sources.