IDVA Vision - Empowering every student to learn at high level. 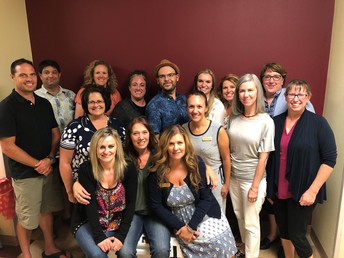 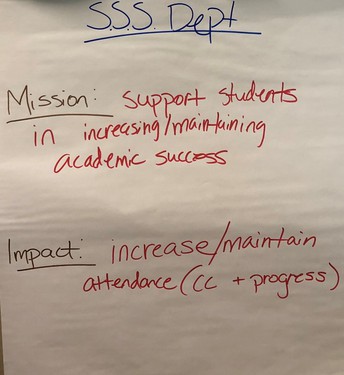 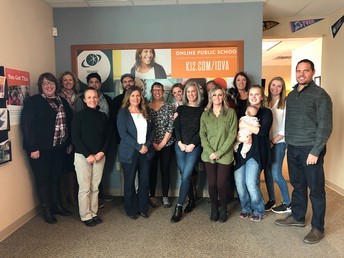 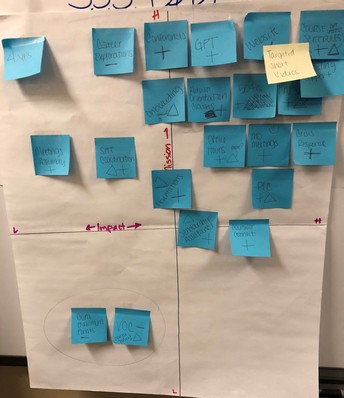 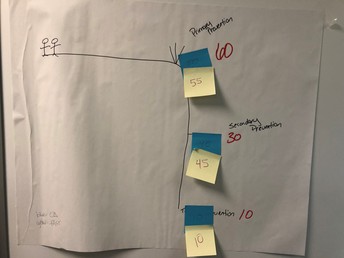 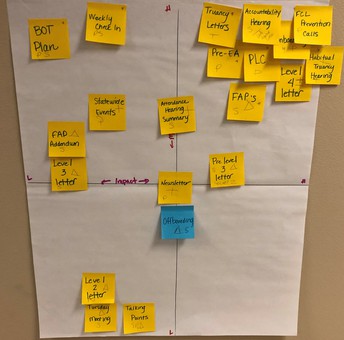 If you have kudos to share about you or a colleague, send them to Alex.

Jenny sent the following note to Jessica: "I wanted to let you know that I was talking to Tina P. at the SDE on Friday... During the call with Tina she shared how much she enjoys working with you and how you do such a wonderful job with families... She said she often receives great feedback from families that work with you that she has recommended to contact us."

Another shout out for Jessica. Peter, a K12 VP, attended one of our HS graduations in the past and got to see how awesome Jessica is and how great IDVA is. Long story short, Peter asked Jessica to present to an outside group in Chicago about IDVA and all the great work she/we do.

SSS Dept. Trivia Week 8 of Round 2 - Click to Answer

WHO AM I? "I love to watch Nascar. I don't advertise this fact."

Share something about you that your colleagues may not know and you would feel comfortable with them knowing. We will include this as a question in a future roadmap.

The answer is Kristi Korfanta-Harris!

Bev and Deslynn got it right!

Here is what Kristi wrote about her awesome journey!

While I was a kid, my family moved to three different houses in Boise for kid-related reasons – outgrew the starter home, needed a different school district for a brother getting bullied, needed to be closer to town for kid-related activities – and finally to a fourth house so my mom could finally get the house she wanted. That sort of started my nomadic tendencies.

In 1993, my husband, Brian, and I moved to Twin Falls right before we got married and then back to Boise right after we got married when his job didn’t pan out (we moved back in with my parents and then to a rental). During the next eight years, we moved from the rental (1994-1995) into our starter home (1995-1997) but quickly outgrew that when we had two kids in 17 months. We had another child and lived in one of our favorite houses in the East End of Boise from 1997-2002 when Brian went to work permanently for the Forest Service and his job took us to Yreka, California.

Yreka presented challenges (to put in nicely) in raising children in the environment we desired (I think the town became one of the biggest meth towns in CA), so we moved to Central Point, Oregon after living in Yreka for only a year. Brian commuted 100 miles each day over the Siskiyou Summit for the next two years, until 2005 when we were compelled to move again.

Brian was a major in the Army Reserves, and when the War on Terrorism was really ramping up, instead of potentially being sent to “The Sandbox” again (he served in Kuwait in the Gulf War), he took the opportunity to deploy to Fort Lawton (no longer a military installation) in Seattle, and we were lucky enough to accompany him. We lived in a rental overlooking Elliott Bay and downtown Seattle, with Mt. Reinier in the background, for 1.5 years. We applied for military housing and were then lucky enough to move to Officer’s Row, a group of historic homes in the heart of Discovery Park in Seattle (the homes are now owned privately after being sold by the government). It was absolutely incredible! The home was about 6000 square feet, built in 1908 (Victorian in style), and overlooked Puget Sound, Bainbridge Island, and the Olympic Mountains. Each day we would watch the cruise ships and ferries travel the sound and watch the sun set over the Olympics. We feel guilty when someone thanks him for his service because it was such an amazing time in our lives. We completely fell in love with Seattle, and I couldn’t stop crying when his deployment ended and his next job with the Forest Service took us to Temecula, CA (blech) in 2008.

Of course we bought a house we couldn’t afford just before the bubble burst and I couldn’t find a job because of the recession, so we moved from that house to a rental in Temecula in 2011.

Brian began applying for jobs to get us back to the Pacific NW because we hated everything Southern California, and he was finally hired by the Payette National Forest in McCall in 2013. Since our two oldest kids were in high school and played lacrosse, we decided to buy a house in Boise. Brian stayed with family in McCall during the week, coming home on the weekends. Our first house after moving back wasn’t really working for our older kids once they were adults but not yet ready to move out on their own, so we moved to a different house in Boise in 2015 and waited for our youngest to finish high school.

Finally, last summer (2018), the kids were all out of high school, our oldest was out of the house, and it was time for me to move to McCall, where we are now. Well, at least for a few years, and then, who knows? 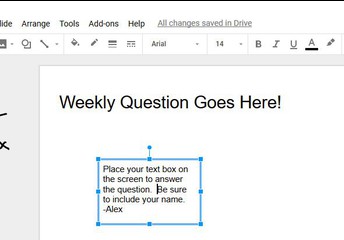 A weekly Google Slides (Google version of PowerPoint) will have our weekly Ungame question. All you need to do is add a text box to the presentation and answer the question. Take a look at the picture next to this text for more instructions.

Complete the sentence: “I am the kind of person who…”

Answer the question by adding a text box on the slide. Be sure to add your name to the answer.

Here are our teammates' answers from last week... 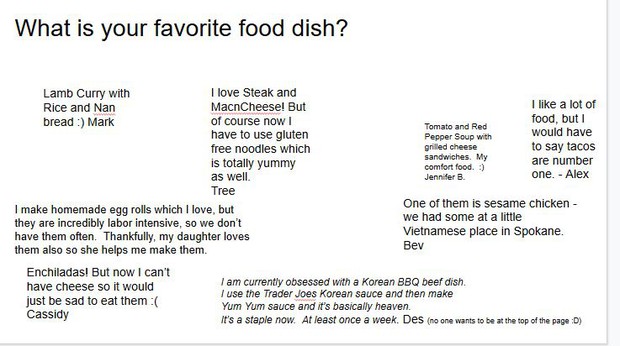 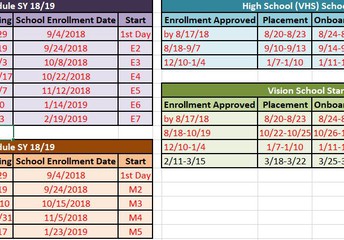 Out of Office Email Reminder & Voicemail

If you'd like, you can copy and paste the following Out of Office email reminder.

"Idaho Virtual Academy will be closed on Monday, February 18 in observation of Presidents' Day. I will return emails when I return.

Also, please update your voicemail, too. You can use the following script.

"You have reached [NAME]. Idaho Virtual Academy will be closed on Monday, February 18 in observance of Presidents' Day. I will return all messages when I return. Thank you."

Please see the procedure for adding students to Plato: 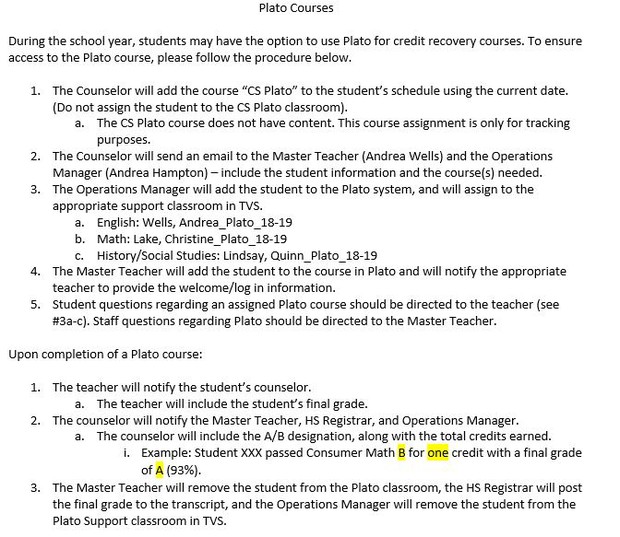 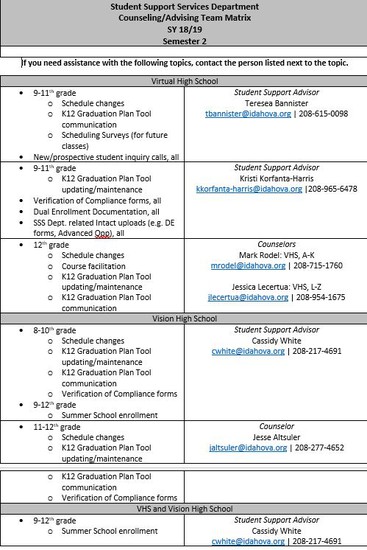 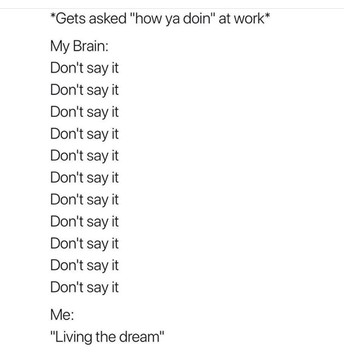 So I found a meme that I am pretty sure is uniquely about me. I think y'all will find it amusing.

This newsletter includes: Spreadsheets on holiday; For the Love of Slicers; SharePoint Libraries; Alphabetizing in Excel; Simplified spreadsheets and Fancy charts; ICYMI- VBA to Save the Day Recording; & RDM Session in Promising Practices 2019.

The K12 Promising Practice Virtual Conference is coming up on Thursday, Feb. 28. For our team, the expectation is you sign up and attend 2 workshops that you find relevant. There are typically lots of options to choose from, so 2 should be no problem. Knowing this expectation, please plan ahead and block out the necessary time.

This section will be used for reoccurring/repeated info from previous weeks that may be needed for later reference.

Remember, our goal is exhaustive communication.

If you have feedback on how to make this roadmap better (content, format, etc.), please give feedback.