The latest news and updates from LGAE

The latest news and updates from LGAE

Each month, I look forward to writing our Tiger Tales newsletter to provide you with a glimpse into life at LGAE. However, this month, I'd like to start with gratitude and acknowledgement for YOU! Whether you're mom, dad, aunty, cousin, grandma, brother or friend to one of our LGAE Tigers, you are a part of our Tiger family! We recognize the efforts you take to get our learners ready for school with backpack and mask in hand each and every day. We appreciate the hard work that it takes balancing the support of your child with the daily demands of life and see you and all that you do. We believe that our students are stronger because we are in this together and are continually grateful to get to work alongside you in supporting our students.

As I shared last month, we continue to focus on our school wide vision of building intentional connection and alignment. What does this mean? We believe that in order for our students to succeed, we must be intentional about all of the decisions we make at school. We must intentionally design opportunities for students to feel connected to one another, to our staff and to our community. We seek to do this through an aligned approach, so that regardless of what grade level or teacher your student is assigned to, they know that they are all a part of our Tiger family.

This month, we are working towards this goal through our school wide implementation of the Zones of Regulation... 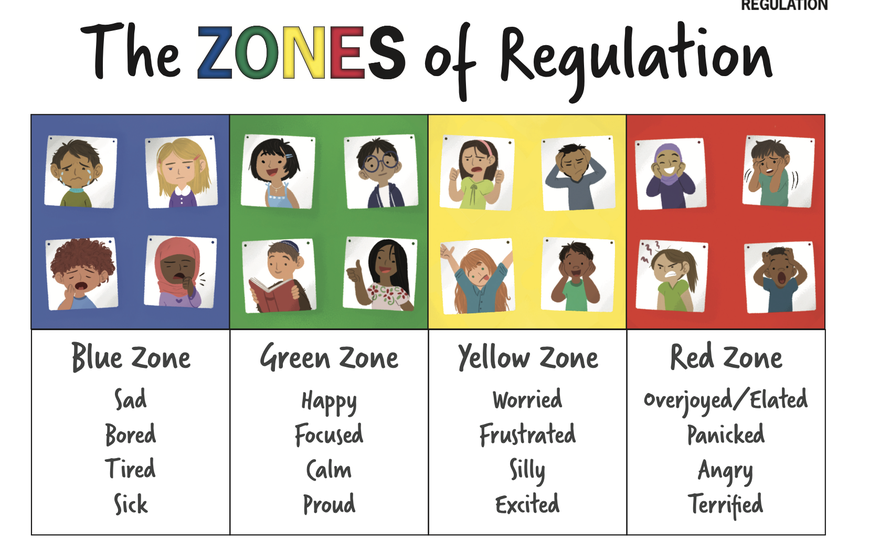 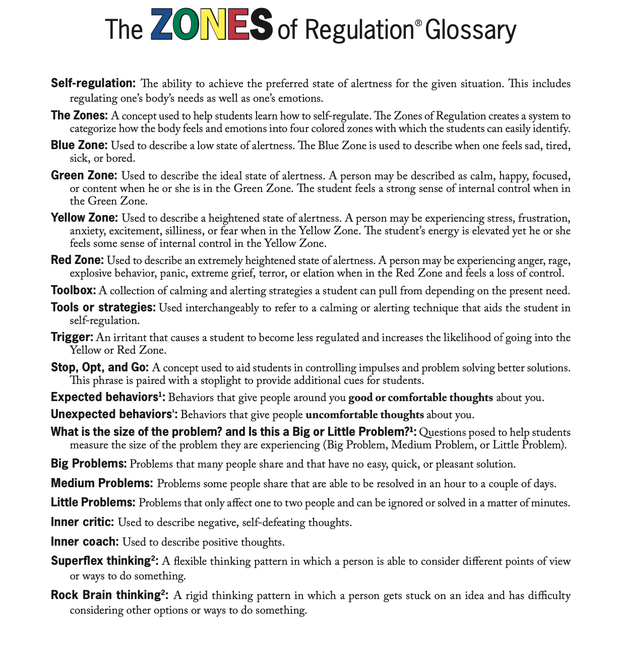 The Zones of Regulation help our students gain skills in the area of self-regulation. Self regulation can go by many names, such as self-control, self-management, and impulse control. It is defined as the best state of alertness of both the body and emotions for a specific situation. For example, when a student plays on the playground or in a competitive game, it is beneficial to have a higher state of alertness. However, that same state of alertness would not be appropriate in the library. Together, we seek to help our students understand the different zones of regulation that their body and emotions may go through in any given scenario. We hope to help students gain an increased vocabulary when it comes to describing their emotions and an increased ability to read other people's facial expressions and understand their perspectives.

How you can help?

It's important to note that everyone experiences all of the zones. The red and yellow zones are not bad and it's expected that we will be in these zones at one point or another. But what's important is that we have the tools to return to green.

As we support the academic growth of our students, we also recognize the importance of developing our students and their social emotional well being. If you have questions about the Zones of Regulation or would like more information about ways that you can implement the Zones at home, feel free to reach out! 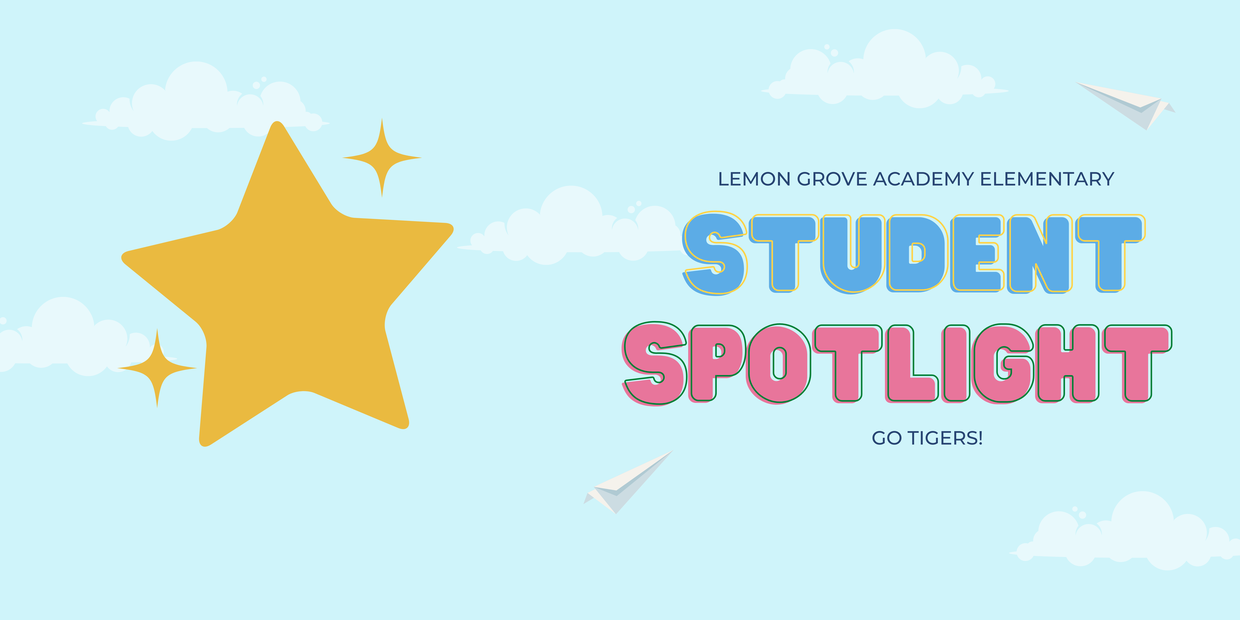 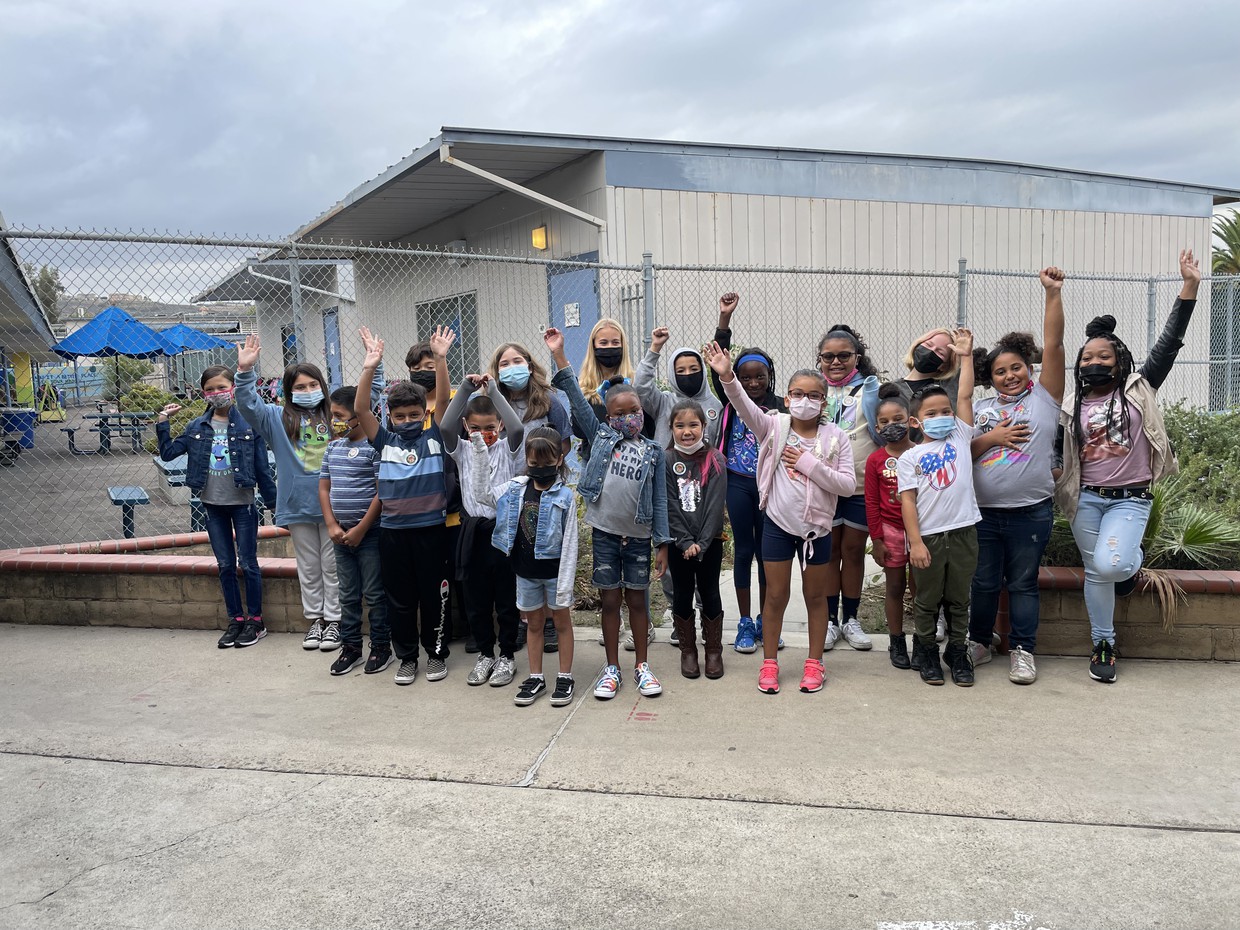 A special shoutout goes out to our amazing student leaders who represented their classes at our first Tiger Council meeting on October 18th. 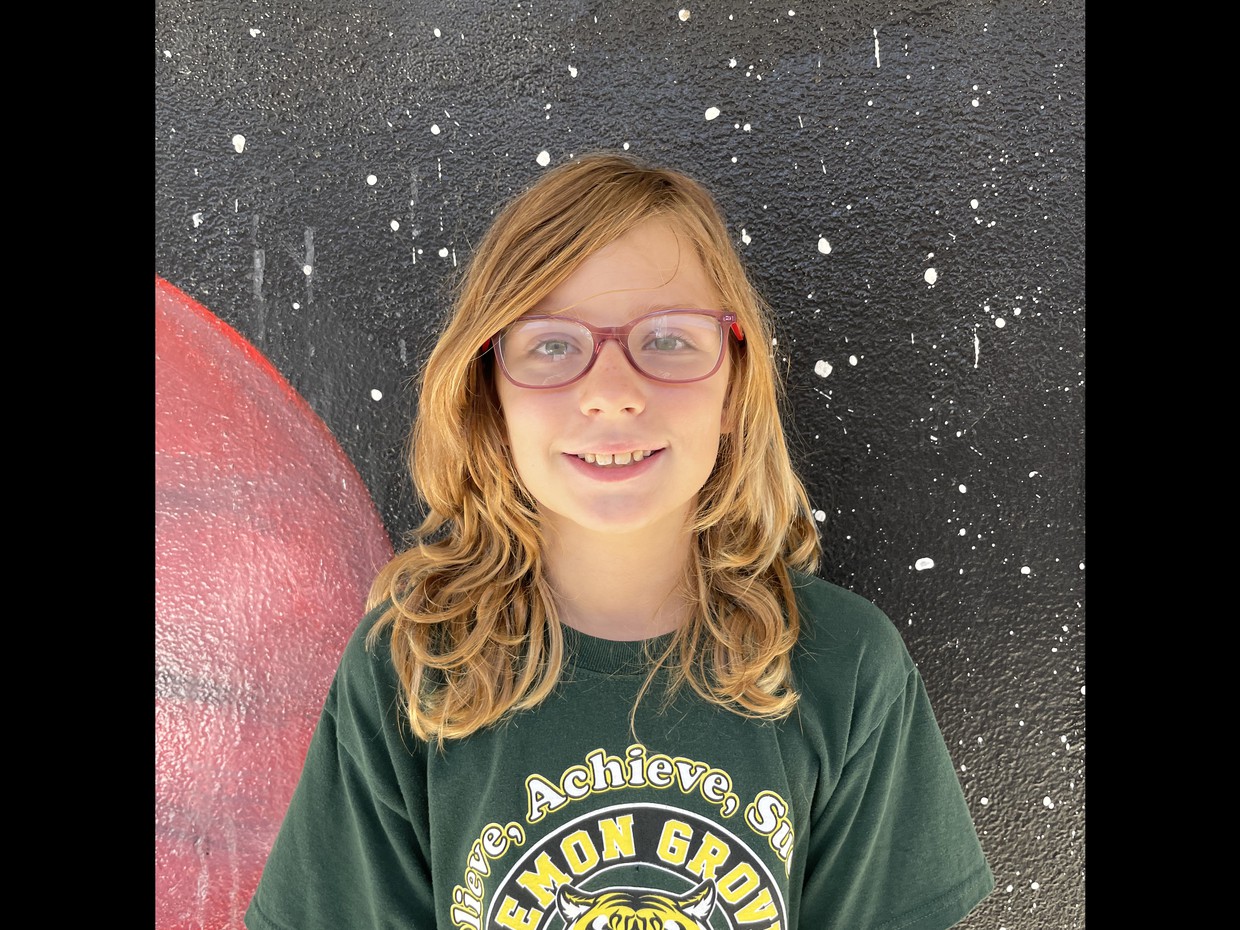 We are excited to recognize our very own 5th grader, Sheila! Sheila participated in the Old Globe's Novela Writing Series. For almost two months, she worked with Globe artists in weekly writing workshops to develop a script for a short novela. Her script was then performed by actors from the Old Globe! Sheila is a talented writer and we can't wait to read her next great work!

We continue to provide students with free Covid-19 testing every Wednesday.

You only have to register once to be signed up for the remainder of the year!


To register, please fill out the online permission form: https://lgsd.testscheduler.net/

Kindergarten: Listened to the book Over in the Ocean: In a Coral Reef by Marianne Berkes paying attention to the way the illustrator used shapes. We looked at the images of different animals and a picture of the Great Barrier Reef. Students then created underwater seascapes of their choice. Adding sea animals such as stingrays, octopus, sharks, anemones, needlefish, angel fish, clown fish and more.

First Grade The students learned about kangaroos and some of the indigenous animals of Australia. We listened to the story Wombat Stew by Marcia Vaughn and Pamela Lofts. Students drew a kangaroo or a kangaroo family and put it in a setting.

Third Grade Learned about the country of New Zealand. They looked at the art of New Zealand Artist, Esther Dexter. Students drew images of landscapes with sheep in a style of their choice or that of our inspiration artist.

Fourth Grade Learned about the Maori people of New Zealand and the symbolism of the Maori Koru, an image of an unfurling fern frond. The koru is a symbol of creation and movement for the Maori people. We looked at several pieces of art by various artists such as Robyn Lamont that incorporate Koru imagery. Students created a Koru image design of their choice.

Fifth Grade Listened to the story Why I Love Australia by Bronwyn Bancroft. They learned a little bit about this Australian artist who has worked as a fashion designer, and is an artist, illustrator, and arts administrator. They paid close attention to how the artist uses color, shape, and pattern. They created an image of an animal or landscape in the style of the artist.

Sixth Grade Students learned about Hobbiton, New Zealand. They looked at images from the movie set and did a virtual tour. They learned a little bit about Lord of the Rings and created images of their own “Hobbit holes” or an image looking out of the Hobbit door onto the shire.

Wednesday, Nov 10 at 8:45am- Coffee with the Principal

As a reminder, every Wednesday is a minimum day. On Wednesdays, school ends at 1:28pm. 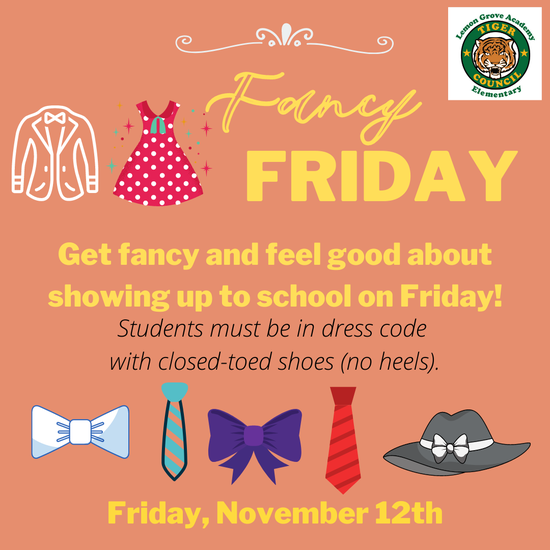 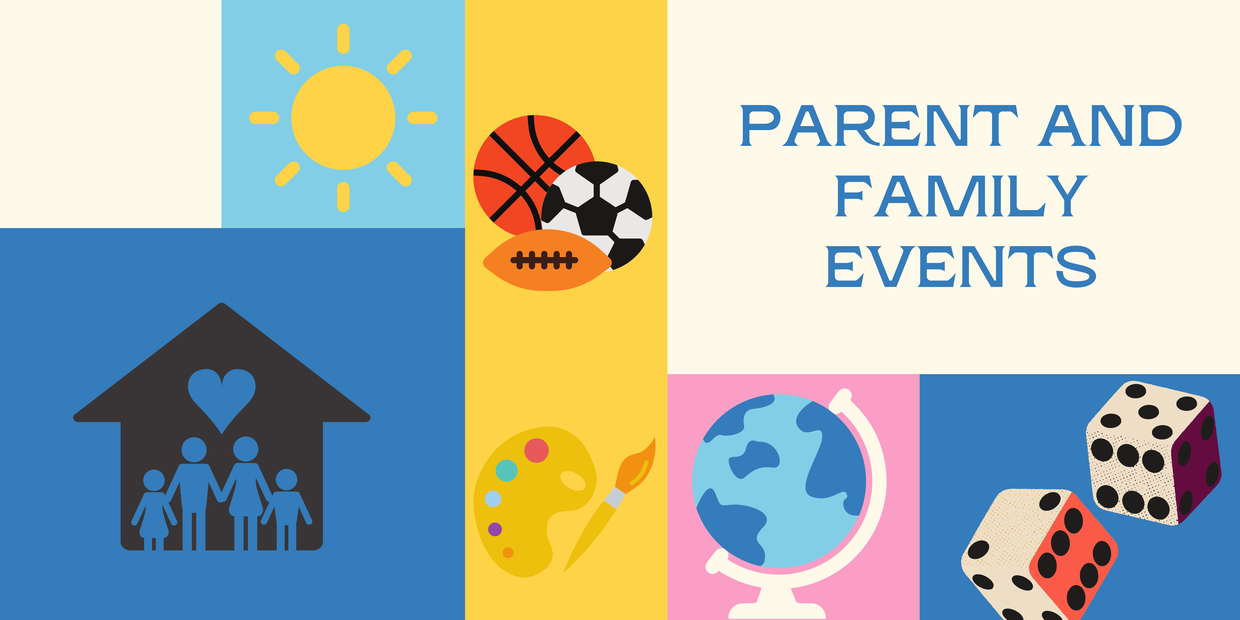 November Events for the Whole Family

Our district's parent and family engagement specialist, Azucena Garcia, continues to share a compiled a list of family-friendly events!

The document also contains resources for families on a variety of topics to support different needs! Click here to read on. 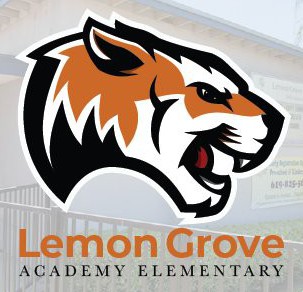 Follow Courtney Ochi
Contact Courtney Ochi
Embed code is for website/blog and not email. To embed your newsletter in a Mass Notification System, click HERE to see how or reach out to support@smore.com
close