Get email updates from Kurt: 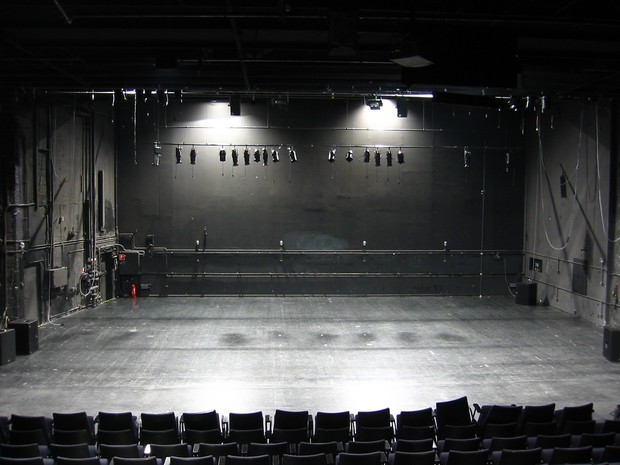 Our mission is to provide performers on the cusp of a professional career the tools, technical training, information, and networking opportunities to break into the world of professional Musical Theater.

This groundbreaking intensive course, designed for the advanced student of Musical Theater arts, will provide you with the hands-on training and information to become a working artist.

Students will be immersed in dance, voice, and acting classes taught by some of Broadway’s most successful professionals. In addition, the course will feature seminars with industry experts to educate students on the specifics of marketing themselves.

Studying proper technique in all genres, students execute repertory from past, current, and upcoming Broadway shows, participate in discussion panels on the business (including finding an agent, auditioning successfully, headshots and résumés, nutrition, and injury prevention), and more.

As part of the course, students will have the option to attend Broadway and Off-Broadway shows, followed by question and answer sessions with cast members.

The course will culminate with an NYC casting director talk back, for which students will spend the week rehearsing.

Rates
$620.00. Price includes all classes, seminars, and master workshops.
Does not include Room & Board. Students are responsible for their own travel and housing options.

Refund Policy
-Students who have registered and paid for the workshop, but withdraw 1 MONTH prior to the workshop's start date are entitled to a full refund less the non-refundable 50% deposit.
-The last date for refunds will be February 24, 2014. No refunds will be given after this date.
-There are NO credits or refunds for missed classes.
kurt@full-voice.com 917.715.7893 Full-Voice.com 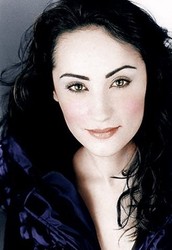 Eden Espinosa was born and raised in Southern California. She is most recognized for her portrayal of Elphaba in the Broadway production of “Wicked.” She has also performed the role of the green witch in both Los Angeles and San Francisco to critical acclaim.

Other musical theater accomplishments include originating the title character in “Brooklyn the Musical” from the original workshop through its Broadway run, starring as Flora in the Reprise Theater Company’s production of “Flora the Red Menace,” and playing Maureen in the closing company of “Rent,” the final performance of which was filmed live for Sony, and is available on DVD and Blu-ray.

Eden is also well recognized from her many television appearances on shows such as The Tonight Show with Jay Leno, Good Morning America, The Today Show, The 2008 Tony Awards, The 2008 Alma Awards performing with Bebe Winans, Law and Order, and Ugly Betty. Her voiceover credits include several episodes of Robot Chicken, MAD TV, and Sasha Caylo in Titan Maximum

Known for her powerful and emotionally charged vocal style, she was the featured soloist in “Magical,” the fireworks spectacular at the Disneyland Resort and can be heard on such recordings as “Hair” (BCEFA benefit recording), “The Maury Yeston Songbook,” “Bright Lights, Big City,” “John McDaniel Live at Joe’s Pub,” and Scott Alan’s “Dreaming Wide Awake.”

Kristine Bendul, is the assistant choreographer/partnering consultant for Rodger’s and
Hammerstein’s Cinderella on Broadway.
She has been seen on NBC’s Smash and has other Broadway credits that include Come Fly Away, Movin’ Out and Swing.
She was nominated for a Helen Hayes award in 2005 for Outstanding Supporting Performer for her role in the 1st National Tour of Movin’ Out.
Before Broadway, Kristine’s extensive background in ballet enabled her to study at the School of American Ballet, Boston Ballet, New Jersey Ballet, and tour internationally along with New York City Ballet Company to Russia and Taiwan with “Stars of the American Ballet” and “Kozlov and Friends.”
Kristine’s professional experience with partnering started as the adage lead for Cunard Cruise Lines and includes Hustle, Salsa, Lindy Hop and West Coast Swing.
Kristine won 1st Place in the Cabaret division at the North Atlantic Swing Dance Championships in 2003 with the singular Arte Phillips and has been in continuous demand since for her partnering skills.
Kristine has also performed as an adage specialist with AntiGravity.
She has had tremendous feedback from master classes taught here in NYC and has been brought in for OCU’s NYC 2012 and 2013 workshops.

Noah Racey is a New York based performer, director, choreographer and educator who made his Broadway debut in the 2001 revival of Follies, and has since appeared in the original casts of Thoroughly Modern Millie (Associate Choreographer), Never Gonna Dance and Curtains.

Last year Noah celebrated 10 years with the critically acclaimed Broadway By The Year series at New York’s Town Hall where he also directed Brooklyn to Hollywood, starring Tovah Feldshuh, and the 2008 Nightlife Awards. Also at Town Hall, he directed and choreographed the world premier of All Singin', All Dancin'.

Noah recently won his second Connecticut Critic Circle award, this for Outstanding Choreography in Annie Get Your Gun, the first for playing Charley in Where’s Charley, both at the Goodspeed Operahouse. Look for his choreography this season in Seattle 5th Avenue Theatre’s Guys and Dolls as well as Goodspeed Operahouse’s Show Boat. He is the founder and Artistic Director of the internationally acclaimed New York Song & Dance Company, appearing in Bahrain in March. Noah is a product of - and strong proponent for - arts funding in public schools. 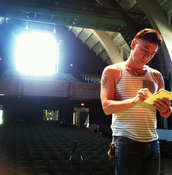 Tony Young has been performing for over 25 years. He considers himself a “Bright Kid”, having been introduced to the Theatre world by Ron Bright. His performing efforts have taken him to Los Angeles, San Francisco, New York, Italy, and Japan. One of his most memorable experiences was being auditioned and cast in a movie by Sidney Poitier himself. He has performed with Diamond Head Theatre, Manoa Valley Theatre, Hawaii Opera Theatre, and is a founding member of All The World’s A Stage Theatre Company. He holds a Bachelor’s Degree in Theatre from the University of Hawaii, and recently completed an intensive Musical Theatre Performance training with the Collaborative Arts Project, CAP21, in New York City. Tony considers the opportunity to share his passion for the Performing Arts as a faculty member at the master class series, simply amazing.

Praised for his attention to, and modern interpretations of the time-honored Italian School of singing, Kurt is accomplished in helping professional and aspiring performing artists develop their voices for the Broadway stage and the popular music industry. Highly skilled and an expert in mix technique, he consistently bridges the technical gaps between the most modern styles of pop and rock music and the more traditional, classical approaches to singing.

Kurt maintains his private studio in New York City (est.2000) and works regularly with students across the United States, in L.A., in Europe, and in Japan. He is voice professor in the musical theater department at Elon University specializing in contemporary singing. He taught at the Broadway Dance Center in New York City for 8 years, during which time he served as music director and vocal supervisor for SMASH choreographer Josh Bergasse.

Kurt is a headlining vocal coach for MSA Talent Agency NYC. He teaches master workshops for university and conservatory programs across the country and for the Jikei Group Music Conservatories in Tokyo, Japan. He holds a Master's in Vocal Performance from the Manhattan School of Music.

Follow Kurt Robinson
Contact Kurt Robinson
Embed code is for website/blog and not email. To embed your newsletter in a Mass Notification System, click HERE to see how or reach out to support@smore.com
close