To Kill A Mockingbird Chapters 6-7

To Kill A Mockingbird Chapters 6-7

Jem and Dill obey all of Atticus's rules until Dill’s last day in Maycomb, when he and Jem plan to sneak over to the Radley Place and peek in through a loose shutter. Scout comes with them, and they creep around the house, looking in through various windows. They see the shadow of a man with a hat on and run away after they hear a shotgun go off behind them. They escape under the fence by the schoolyard, but Jem’s pants get caught on the fence, and he has to take them off so he can get out and escape. The children go home, where they approach a bunch of neighborhood adults, including Atticus, Miss Maudie, and Miss Stephanie Crawford, the neighborhood gossip. Miss Maudie informs them that Mr. Nathan Radley shot at “a Negro” in his yard. Miss Stephanie adds that Mr. Radley is waiting outside with his gun so he can shoot at the next sound he hears. When Atticus asks Jem where his pants are, Dill interrupts and says that he won Jem’s pants in a game of strip poker. Atticus becomes alarmed and asks them if they were playing cards. Jem responds that they were just playing with matches. Late that night, Jem sneaks out to the Radley Place, and go get his pants.

A few days later, after the new school year begins, Jem tells Scout that he found the pants he left at the Radley Place mended and hung neatly over the fence that he left them on. When they came home from school that day, they found a present hidden in a knothole in a tree; a ball of gray twine. They leave it there for a few days to make sure it wasn't someone's that they left behind. When they come back for it, it was still there, so they take it with them. Late that fall, another present appears in the knothole—two figures carved in soap to that look like Scout and Jem. Later, chewing gum, a spelling bee medal, and an old pocket watch are left for them in the knothole. Jem and Scout decide to leave a note, to thank the person leaving them presents. The next day, Jem and Scout find that the knothole has been filled with cement by Mr. Radley, who claims he plugged the knothole because the tree was dying. 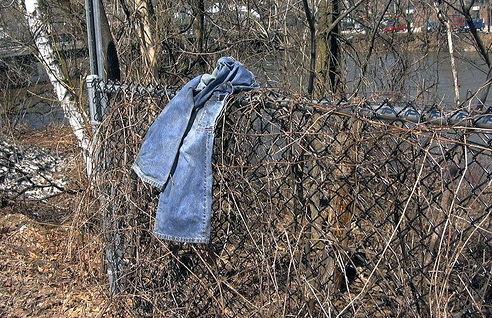 The author used this word to describe his confusion.

The used this word to describe his feelings while he's afraid.

The author used this word to describe his movement while trying to be silent.

Chapters 6 and 7 relate the most to the plot of the Boo Radley Mystery. The kids sneak into the Radleys backyard to try and get a glimpse of Boo, and see a shadow of him in a hat. Before they could see more of him they run away. Even though he's still a mystery to them, the sight of him proves that he is real and does exist, taking away a little bit of the mystery for the kids.

Follow Austin Sanford
Contact Austin Sanford
Embed code is for website/blog and not email. To embed your newsletter in a Mass Notification System, click HERE to see how or reach out to support@smore.com
close