brendon is using Smore newsletters to spread the word online.

Get email updates from brendon:

Men wore a long cloak as an outer garment. they wore an under tunic and a short over tunic that was belted at the waist .The rich wore cloaks lined with fur, silk, or gold cloth. Peasants and lower class often wore shorter garments or breeches to ease movement while they worked and people who belonged to guilds would sometimes wear garments or emblems that advertised their trade.The tunic was the most basic clothing item for men. It was made of two pieces of undyed heavy wool and was sewn together at the sides and shoulders. It was worn belted and covered the knees. When the weather was cold, more than one tunic would be worn. The tunic was worn by men of all social ranks. Boys wore a tunic down to their knees. It was white, with a crimson border. When a boy reached age 16 and was considered a man, he put aside these clothes, and wore an all-white tunic. 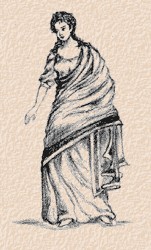 Fewer restrictions by laws, customs and traditions existed on the dress of women. If initially is believed to have been largely white, like the dress of men, then didn’t appear to stay so for long. Female clothes instead being of almost any colour.

The basic female garment was the stola. It was essentially a long tunic reaching to the ground. If could have long or short sleeves, or be entirely sleeveless.
The stola was generally worn over another long tunic, the tunica interior. 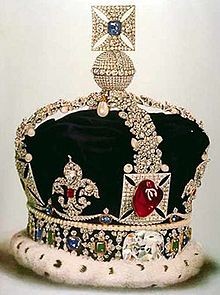 A crown is often an emblem of the monarchy and made out of gold, a monarch's government, or items endorsed by it. The word itself is used, particularly in Commonwealth countries, as an abstract name for the monarchy itself, as distinct from the individual who inhabits it (see The Crown). A specific type of crown (or coronet for lower ranks of peerage) is employed in heraldry under strict rules. Indeed some monarchies never had a physical crown, just a heraldic representation, as in the constitutional kingdom of Belgium, where no coronation ever took place; the royal installation is done by a solemn oath in parliament, wearing a military uniform: the King is not acknowledged as by divine right. 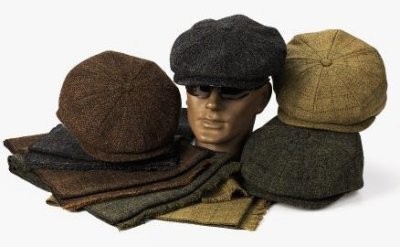 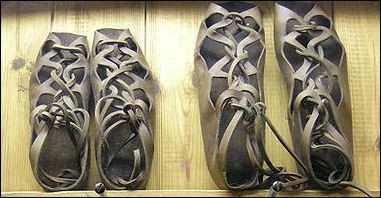 For footwear Greeks and Romans wore sandals and boots made from leather and wood. Romans had hobnail boots, bath clogs, leather shoes but they hadn't master shoe laces. Sandals were the primary form of footwear in ancient Mesopotamia, Egypt, Greece and Rome. Wealthy Greeks wore sandals decorated with jewels and gold. Roman developed sandals with thicker soles, leather sides and laced insteps. There were various types of shoes for different situations. At home, Romans wore sandals called "soleae" and in the streets they wore square toed shoes with leather bands that tied up the ankle. Roman footwear showed little distinction between male and female.

brendon is using Smore newsletters to spread the word online.

Follow brendon delarosa
Contact brendon delarosa
Embed code is for website/blog and not email. To embed your newsletter in a Mass Notification System, click HERE to see how or reach out to support@smore.com
close