Sycamore is using Smore newsletters to spread the word online.

Get email updates from Sycamore:

COMING UP at the JH!

Safer Schools Ohio is a multi-agency effort created to assist schools in continuously improving the safety of our students. By calling or texting the statewide anonymous hotline parents, students or community members can report anything that is suspicious or endangering you, your friends or your school. 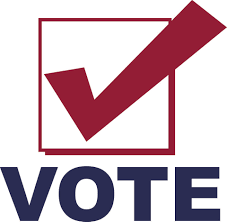 We are just days away from a crucial decision for our district. On November 5, voters will decide on a $127.5 million bond issue to renovate and replace our oldest and obsolete facilities. If approved, this will result in an increase of $7 monthly per $100,000 of home market value.

Through our three-year Master Facility Plan process we identified the need for replacement and renovation of the district’s aged and obsolete buildings to support the educational and instructional needs of current and future generations of students. Learn more about why low-interest rates and escalating construction costs make this a cost-effective time to implement this plan.

Every school in the district will see some impact if the plan is approved on Tuesday. Learn more about the specifics of the plan, the construction timeline, and our vision for the future of our schools.

Huge shout out and thank you to the wonderful parent volunteers who gave their time and energy to get vision screening completed at the JH this week.

Bhawana Vikram, Karen Wolter, Ellen Wolfenberger, Amy Caruso, Poornima Arivarasu, Holly Grove, Kathie Goode, Joanna Wolfenberger, and Cathy Wood helped screen the entire 7th grade by assisting the students to and from classes, giving directions to the students and getting this completed all in one day! These special ladies made it possible to keep the disruption to a minimum. If you see them please thank them. Thank you all so much!

Join the PTO! Being a member of the PTO doesn’t mean you have to volunteer and attend meetings, although everyone is welcome to do either/both! Joining the PTO shows your financial support for our programs that recognize students and teachers in our building. PTO membership is $10 ($11 online) and can be done online. Visit http://tinyurl.com/sycamorejhpto for more information!

All information about the PTO can be found by clicking on this link: 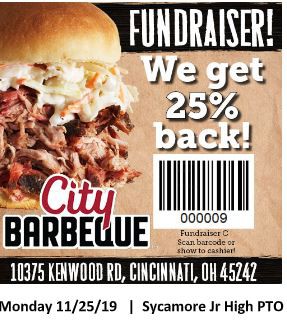 Easy Fundraising for the PTO

Lost & Found is in the cafeteria and is cleared out periodically. Click here to see the current items.

The Sycamore Junior High Sandwich Project is in need of volunteers to help organize and setup sandwich making on Thursdays throughout the school year. The commitment is just an hour or so on Thursdays from 10:50- 11:50.

This is the 21st year of the project. Weekly, students make 250 sandwiches in which they are picked up and delivered to St Francis Seraph located on Vine St in Over the Rhine. The sandwiches are then served to the hungry of Cincinnati that evening. It's a great experience for our kids as they demonstrate compassion, humility, and empathy to the less fortunate.

As previously mentioned, Sycamore Community Schools, in partnership with Cincinnati Children’s Hospital, will offer Adapting for Life, an evidence-based course designed for students. The purpose of this program is to educate young people on the importance of mental health and wellness, through instruction on healthier behaviors and adapting coping strategies, so they may lead healthier lives.

8th-grade students will participate in this 4-day course through their assigned history class. The first round of our 8th graders will participate in this program, next week, beginning on Nov. 4-8. The remaining 8th graders will receive the program in January. The schedule of when the 8th grade history classes will be exposed to the program is included below. 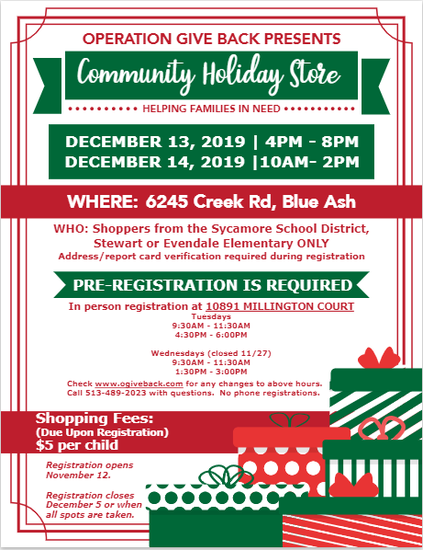 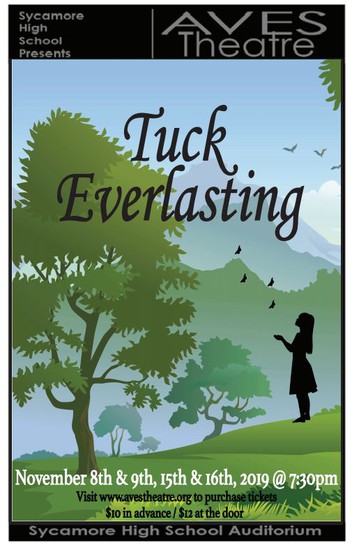 The PTOs from each school hosted the School Board Candidates Forum on October 15. If you missed it, you may watch the recording in its entirety.

Sycamore Junior High participates in the Midwest Academic Talent Search sponsored by the Center for Talent Development (CTD) at Northwestern University. CTD uses the ACT and SAT tests to give families information on students' abilities beyond information generated by regular standardized tests. Sycamore students who qualify for accelerated/gifted courses may consider MATS. For more information please see this letter from Mr. Brenner and Mrs. Ely.

Please visit this link to order your 2020 SJHS yearbook . . . https://sycamorejhs.store.creatorstudiopro.com/ . Check this off of your to-do list today!

*Yearbooks will be delivered to students May 20, 2020- make a note on your calendar if you purchase early so you don't accidentally purchase twice.

AIR Testing at the JH

When will students take the AIR assessments?

How can you help?

Please mark these dates on your calendars and make every effort not to schedule your child for appointments or vacation days. Thank you for your cooperation!!

Thank you to all 7th grade families who have turned in immunization records. As we work to process those records received, please continue to be patient before you follow up. If there is a problem, you will be contacted via email by Amy Bonham. If you have not turned in your child's proof of immunizations from a doctor's office, please do so ASAP. 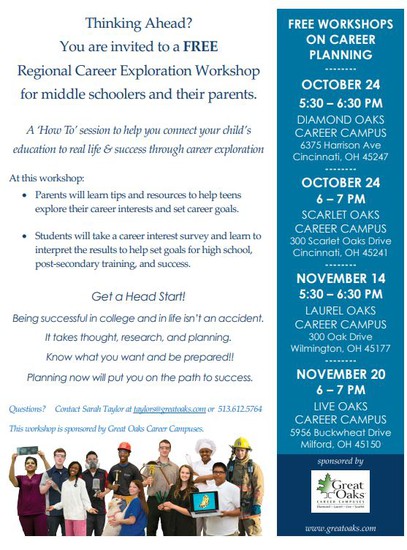 The U.S. Surgeon General has issued an advisory regarding marijuana use and the developing adolescent brain. He states that the increases in access to this drug, in multiple and highly potent forms, along with a false and dangerous perception of safety among youth, merits a nationwide call to action.

Weed – as most young people call it – is a highly used drug among adolescents in the U.S., second only to alcohol. Nearly 14% of eighth graders, 33% of tenth graders, and 44% of twelfth graders report having used marijuana at some point in their youth.

It is not the drug it used to be either. Marijuana today is much stronger than in the past, whether smoked, vaped, drunk or eaten. The average amount of THC (the component that causes euphoria and intoxication) in marijuana increased from 4% in 1995 to 12% in 2014. In some states where dispensaries have popped up, marijuana is now available with average concentrated THC levels between 18-23 percent. Even more extreme, marijuana “dabs” and “waxes,” which are highly concentrated marijuana products, reach THC levels as high as nearly 76 percent.

The choices for consumption go far beyond the “pot” brownies of the past as well. There are marijuana-infused teas, coffees, gummies, suckers, chocolates, mints, caramels, and assorted cookies - to name a few. Highly intoxicating edibles have become increasingly popular and are finding their way into the hands and mouths of adolescents and young children (both unintentionally and intentionally). And because edible marijuana takes time to absorb and produce its effects, the risk of overdose increases – even when use is intentional.

As shared in the Surgeon General’s advisory, marijuana “acts by binding to cannabinoid receptors in the brain which produce a variety of effects, including euphoria, intoxication, and memory and motor impairments. These same cannabinoid receptors are also critical for brain development. They are part of the endocannabinoid system, which impacts the formation of brain circuits important for decision making, mood and responding to stress.”

The brain continues to develop into a person’s mid-twenties, and during that time is especially vulnerable to the effects of addictive substances. The earlier the onset of use and the higher the concentration of THC, the greater the risks of physical dependence, addiction, and other negative consequences.

Further research is needed to understand the full impact of THC on the developing adolescent brain. However, current studies show that regular marijuana use during adolescence is associated with:

The Surgeon General’s advisory is intended to, “raise awareness of the known and potential harms to developing brains. These harms are costly to individuals and to our society, impacting mental health and educational achievement and raising the risks of addiction and misuse of other substances.”

Parents and educators are encouraged to talk to the young people in their lives to share this pertinent information, allowing them to ask questions and discuss openly. At a time when marijuana use is becoming more and more “normalized” in our society, the time to have this conversation is now.

Sycamore is using Smore newsletters to spread the word online.