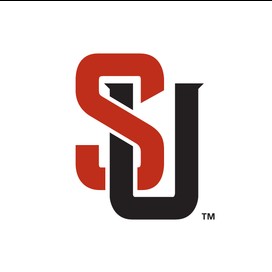 Blood is their Way of Life

Blood is their Way of Life 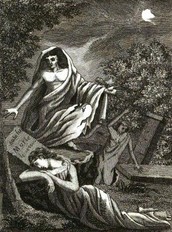 Only a vampire can create another vampire, so logic tells us that the history of vampires begins with a single vampire who created the others. Much like the chicken-and-the-egg argument, we had little insight into how the first vampire came about until recently.

The answer lies in the Scriptures of Delhi, specifically in the collection of writings known as "The Vampire Bible".

The first vampire started out as not a vampire at all, but as a human man named Ambrogio. He was an Italian-born adventurer who fate brought to Delphi, in Greece. You can read the full story here, but in a nutshell a series of blessings and curses transformed this young man into history's first vampire.

The blessings came soon after when Artemis, taking pity on the poor young man, gave him the gift of immortality. He would carry his curses - his skin burning by sunlight or silver, but he would live forever in his current form. Not only that, but Artemis also gave him the speed and strength to become a hunter whose skills were second only to her own.

Blood-sucking (which, by the way, is called "hematophagy" in case you were curious) is also included in this "blessing". In the vampire original story, Ambrogio hunts swans and uses their blood as ink to write love poems to his lady Selene. While this may be considered a little creepy by our standards, it wasn't all that unusual in ancient Greece to make do with what you hunted.

Ambrogio later moved back to Italy, now as a full-fledged vampire. Legend traces him to the city of Florence (Firenze), where he creates the first Vampire Clan.

We don't know a whole lot about this clan, other than they were most likely willing volunteers - humans who wanted power and immortality, and were willing to trade their souls for it. It was believed that the curse would continue for any vampire where their souls would remain in the Underworld (aka Hades aka Hell), where they could return to claim them, but then could never leave.

From what we know of the history of vampires, the clan grew in size and strength, until infighting created something of a "civil war" within the clan, and many vampires left to form their own clans.

What happened to Ambrogio and those who stayed with him is largely unknown, though many believe that he still resides somewhere in Florence.

The most famous vampire is, of course, Bram Stoker's Dracula, though those looking for a historical "real" Dracula often cite Romanian prince Vlad Tepes (1431-1476), after whom Stoker is said to have modeled some aspects of his Dracula character. The characterization of Tepes as a vampire, however, is a distinctly Western one; in Romania, he is viewed not as a blood-drinking sadist but as a national hero who defended his empire from the Ottoman Turks.

The vampires most people are familiar with (such as Dracula) are revenants — human corpses that are said to return from the grave to harm the living; these vampires have Slavic origins only a few hundred years old. But other, older, versions of the vampire were not thought to be human at all but instead supernatural, possibly demonic, entities that did not take human form.

Matthew Beresford, author of "From Demons to Dracula: The Creation of the Modern Vampire Myth" (Reaktion, 2008), notes, "There are clear foundations for the vampire in the ancient world, and it is impossible to prove when the myth first arose. There are suggestions that the vampire was born out of sorcery in ancient Egypt, a demon summoned into this world from some other." There are many variations of vampires from around the world. There are Asian vampires, such as the Chinese jiangshi (pronounced chong-shee), evil spirits that attack people and drain their life energy; the blood-drinking Wrathful Deities that appear in the "Tibetan Book of the Dead," and many others.

The best way to deal with vampires, of course, is to prevent them from coming back in the first place. A few centuries ago in Europe this was often accomplished by staking suspected vampires in their graves; the idea was to physically pin the vampire to the earth, and the chest was chosen because it's the trunk of the body. This tradition was later reflected in popular fiction depicting wooden stakes as dispatching vampires. There was no particular significance to using wood; according to folklore, vampires — like djinn (genies) and many other magical creatures — fear iron, so an iron bar would be even more effective than a wooden stake.

Other traditional methods of killing vampires include decapitation and stuffing the severed head's mouth with garlic or a brick. In fact, suspected vampire graves have been found with just such signs. According to a 2012 Live Science article, "The body of the woman was found in a mass grave on the Venetian island of Nuovo Lazzaretto. Suspecting that she might be a vampire, a common folk belief at the time, gravediggers shoved a rock into her skull to prevent her from chewing through her shroud and infecting others with the plague, said anthropologist Matteo Borrini of the University of Florence." Other researchers later challenged this interpretation, and suggested that the brick may not have been placed in the mouth after all, but instead was one of many bricks surrounding the body that merely fell there after burial. Whether that burial reflected an accused vampire or not, other graves are much clearer. In 2013, archaeologists in Bulgaria found two skeletons with iron rods through their chest; the pair are believed to have been accused vampires, according to an article in Archaeology magazine.

Some traditions hold that vampires cannot enter a home unless formally invited in. This may have been an early form of the modern "stranger danger" warnings to children, a scary reminder against inviting unknown people into the house.If your local villagers neglected to unearth and stake a suspected vampire and he or she has returned from the grave, there are steps you can take to protect yourself. The exact method varies around the world, but in some traditions the best way to stop a vampire is to carry a small bag of salt with you. If you are being chased, you need only to spill the salt on the ground behind you, at which point the vampire is obligated to stop and count each and every grain before continuing the pursuit. If you don't have salt handy, some say that any small granules will do, including birdseed or sand. Salt was often placed above and around doorways for the same reason.

www.livescience.com
Vampire history goes back way before Dracula, and Vlad Tepes was no bloodsucker. Are vampires real? Yes — and no. The History of Vampires - The Untold Story

www.gods-and-monsters.com
Where did vampires come from? Where did the first clan begin? Our mythologist details the history of vampires.

Follow Diane Schmitz
Contact Diane Schmitz
Embed code is for website/blog and not email. To embed your newsletter in a Mass Notification System, click HERE to see how or reach out to support@smore.com
close